0
You have 0 items in your cart
Go To Shopping
Home > News > Current Affairs for Women > Teenage girls identify as ‘feminists’ more than anything else, as Emma Watson is named as most inspiring celeb 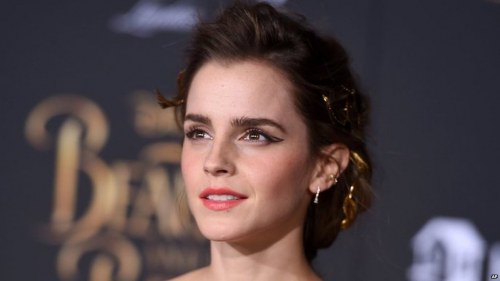 Teenage girls are identifying as ‘feminists’ more than anything else, according to new research.

According to a National Citizen Service (NCS) study, 29 per cent of teenage girls chose to label themselves as a ‘feminist’ over any other term. This was way ahead of the terms, ‘bookworm’, which 19 per cent chose; and ‘sporty’, which ten per cent chose.

The study also found that LGBT teens were more than three times as likely to pick the label ‘feminist’ than heterosexual teens. White and Asian teens were also more likely to identify as a ‘feminist than Black teens.

The study also named Emma Watson as the celebrity who inspires and influences the younger generation.

The actress, 27, beat celebrities such as Beyonce, Ariana Grande and Zayn Malik to the title of most inspiring.

Both boys and girls chose Watson from a list of 43 actors, YouTubers, reality stars, musicians and fitness personalities – with many crediting her feminist ideology as the reason for being so inspiring.

One survey respondent said, “She uses the power and fame she gained from the Harry Potter series to speak about important issues like feminism.”

“She is a big feminist.”

“She frequently speaks out on sexism and other discrimination issues such as racism and homophobia, and what she says really inspires me.”

Natasha Kizzie, NCS said, “The rise of internet feminism and increasingly politically engaged youth has brought these issues to the forefront of the news agenda, and the ‘Emma Watson effect’ has done brilliant things for the cause.”

“She inspires young people to never limit their expectations of what they can achieve on the basis of their gender.”

“I am heartened by our findings, and I hope this increasing empowerment of young people continues.”

Alison is the Digital Content Editor for WeAreTheCity. She has a BA Honours degree in Journalism and History from the University of Portsmouth. She has previously worked in the marketing sector and in a copywriting role. Alison’s other passions and hobbies include writing, blogging and travelling.
Previous PostJob of the week: Principal, Business Development Support | LondonNext PostGovernment launches returner programmes to help get people back to work