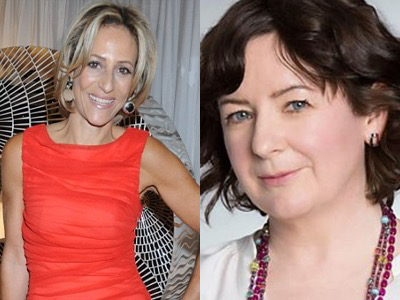 A group of at least ten female BBC presenters are considering legal action over the gender pay gap at the organisation.

The women are grouping together in a bid to make a case against the BBC, after the organisation’s huge gender pay gap was revealed.

The report into salaries revealed a large pay gap between its male and female stars, with only a third of women appearing on the top earners list.

The BBC have been forced to defend the wages of some of its well-known stars, such as Gary Lineker and Chris Evans, after releasing the salaries of those earning over £150,000 a year.

It was also reported that BBC’s male presenters could face a cut to their wages, in a bid to close the pay gap.

Speaking on BBC’s Newsnight programme, the organisation’s director of radio and education, James Purnell said, “Quite a lot of men have been taking pay cuts; John Humphrys said that today on air.”

BBC Radio 4 Woman’s Hour host, Jane Garvey has been described as leading the group of women and has been equally vocal on social media.

Speaking to the Daily Telegraph, Garvey said, “This is the sisterhood in full flow.”

“I’ve never been so busy on the phone.”

She added that, “not a single male broadcaster had been in touch to offer their support.”

It is also believed that the publication of salaries has led to a bidding war over BBC Newsnight presenter, Emily Maitlis. It is thought that ITV, Sky and Channel 4 are all bidding for the star, who did not appear on the list.

Maitlis has been vocal about the pay gap, telling the audience at the TechUK conference that, “you’re an industry doing so well, soon you’ll be able to afford a BBC man.”

Maitlis’ agent has called the gender pay gap, “madness”, telling The Times, “Emily has been out of contract for a while and contract negotiations have been going on for months.”

Alison is the Digital Content Editor for WeAreTheCity. She has a BA Honours degree in Journalism and History from the University of Portsmouth. She has previously worked in the marketing sector and in a copywriting role. Alison’s other passions and hobbies include writing, blogging and travelling.
Previous PostCelebrating one year of Future Leaders Blog with a giveawayNext Post31 per cent of women think that everyone’s pay should be publicly available