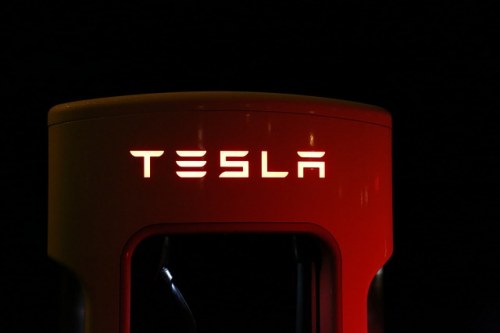 A Tesla female engineer, who is suing the company for sexual harassment, has been fired.

AJ Vandermeyden accused Tesla of ignoring her complaints of sexual harassment and didn’t pay her an equal wage to her male counterparts. She began legal action last year and went public with her allegations in February.

Vandermeyen claims that she became the subject of “unwanted and pervasive harassment”, which included, “inappropriate language, whistling, and cat calls.”

Her lawsuit also suggests that she tried to raise concerns about “inadequacies in the quality testing of cars.” However, she alleges that her male bosses ignored her and her attempts to resolve the issues were hindered.

Speaking about the harassment to The Guardian at the time, Vandermeyden said, “I’m an advocate of Tesla.”

“I really do believe they are doing great things.”

“That said, I can’t turn a blind eye if there’s something fundamentally wrong going on.”

“It’s shocking in this day and age that this is still a fight we have to have.”

Speaking to The Guardian, Vandermeyden’s attorney, Therese Lawless said, “This was absolutely shocking for AJ.”

“She brought the lawsuit in an attempt to make the workplace at Tesla more equitable and fair and to have Tesla comply with the law.”

In a statement Tesla said, “Despite repeatedly receiving special treatment at the expense of others, Ms. Vandermeyden nonetheless chose to pursue a miscarriage of justice by suing Tesla and falsely attacking our company in the press.”

“After we carefully considered the facts on multiple occasions and were absolutely convinced that Ms. Vandermeyden’s claims were illegitimate, we had no choice but to end her employment at Tesla.”

“The termination was based on Ms. Vandermeyden behaving in what the evidence indicates is a fundamentally false and misleading manner, not as a result of retaliation for the lawsuit.”

“It is impossible to trust anyone after they have behaved in such a manner and therefore continued employment is also impossible.”

Alison is the Digital Content Editor for WeAreTheCity. She has a BA Honours degree in Journalism and History from the University of Portsmouth. She has previously worked in the marketing sector and in a copywriting role. Alison’s other passions and hobbies include writing, blogging and travelling.
Previous PostLondon’s Royal Parks launch initiative to improve employee wellbeingNext Post“No victim of abuse should ever again be required to be cross-examined by their abuser” | Judge calls for ban on cross-examining domestic abuse victims