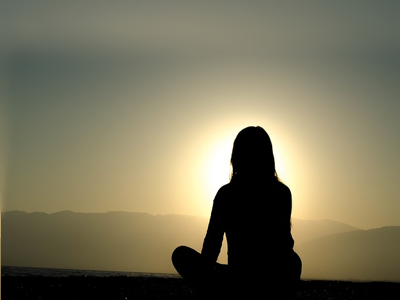 By Verity Brown, Managing Partner at The Specialist Works

As the deadline approached to submit my blog on mindfulness, my 30 day ‘commitment’ to give ten minutes of my day to app-guided practice soon became 20 days, then 15 days, then ten, then finally an out and out fail.

I thought it would be different this time. I thought publicly committing to write about it and having more at stake than ever would be the tipping point to downloading one of the much recommended apps and setting aside just a few minutes of my day to achieve ‘enlightenment’.

It also seems to be the answer to owning the mental workload that comes with part time hours in an always on industry, especially after struggling to get that right since returning to work after maternity in May this year.

As much as I’d thought I’d prepared for my return to work, in truth, it knocked me sideways.

Four months in and one very stressful ‘straw that broke the camel’s back’ event trigged days of intense anxiety and over a month of ill health I couldn’t seem to get on top of.

As this wasn’t the first time I’d dealt with anxiety I was able to pull back, remember some of the techniques I’d learnt and make some necessary adjustments.

But soon after I found myself with the familiar nagging idea that I should start practicing mindfulness to get out in front of any future anxiety-related issues, having been told that trying to start when you’re in the midst of feeling anxious is the same as starting to sew a parachute when you’ve already jumped out of the plane. Next time, I needed to be ready.

As soon as you mention mindfulness most people recommend an app. Headspace, Calm and a host of others promise to set you on a path to a zen utopia for ten minutes of your time a day (and about £2.99 of your cash a week).

I’ve tried this once or twice, and much like my dusty gym membership and my subscription to the Economist I believed that through mere proximity to the beginnings of a ‘better me’ I was at least one step closer to actually achieving it. But conversely it also adds to the nagging guilt that there is something else I should be doing at any particular point in my day – quite literally the opposite of mindfulness.

I’ve now rid myself of the idea that if I wasn’t downloading something and committing to daily organised practice then I’m not ‘trying’. And I can now use that space to pepper my day with moments of greater presence.  Clearing my mind, taking a few deep breaths, putting my phone away & concentrating fully on things like colouring in with my daughter. Just giving my full attention to the simple things in life that are all to easily deprioritised when juggling demands and multitasking.

It’s important not to let this new tech-based ideal and restrictive definitions of what mindfulness actually is stop you from taking it and making it your own.  Another director here at The Specialist Works, Tom Wilson has taken these practices and selected the bits that work for him:

“Mindfulness has connotations for me than are too linked to meditation and the spiritual side that just doesn’t float my boat. However greater presence is something I try and practice every day. I’ll leave the meditation to the hippies”

Tech detox is vital to this. There is nothing less mindful than mindless scrolling or checking emails during what should be family time.

The latest totally made-up internet ‘statistic’ I heard this week is that people are scrolling further than they walk, undoubtedly utter bollocks. But people spending more time scrolling than investing in their mental wellbeing? Probably.

Being more aware of how much time you spend with tech is so high up on the agenda, Apple recently included the Screentime report as a key benefit of their new IOS, allowing users to track their weekly usage.

One of the easiest bits of mindfulness advice I’ve tried to remember is this: no matter how busy your morning, or how late you are leaving the house, take a moment with your family to pause for three deep, slow breaths… and THEN crack on with the relentless charm of generalised family chaos, having carved out an invaluable ten seconds of Headspace and Calm all your own before 8am.

Verity Brown is Pathways Director at The Specialist Works.

Verity kicked off her media career after being commissioned as The Sun’s official ‘Chav Correspondent’, then in 2007 moved into the world of media agencies.

She joined The Specialist Works having worked on some of the UK’s biggest and most demanding accounts, including P&G, Warner Bros, Kellogg’s, McCain and YouTube, with experience spanning planning, strategy, trading, client servicing and insight.

Verity believes a positive and warm working style is key to fostering excellent relationships with agency teams, media owners and clients, and believes an immersive and fun company culture is key for a thriving agency. 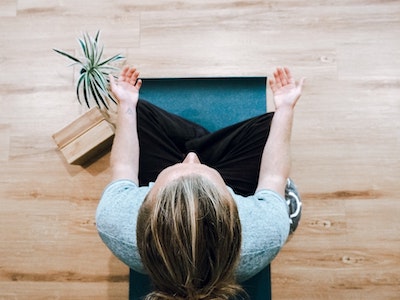