Just recently I lost momentum for the life I usually proclaim to love. I stopped going to the gym as regularly as usual and was eating more sugar than was good for me. At first I thought I was just feeling a bit worn out; I’d been pushing myself pretty hard and it made sense. Then I started to find it a bit of an effort to get out of bed in the morning. That frightened me.

As a coaching psychoneurologist, I know how to manage my state. I don’t always want to but it’s like going to the gym regularly, you develop the “muscle memory” that allows you to respond automatically, even when you don’t feel like it.

There was obviously something in my blind spot that was evading my attention, so I decided to phone a dear friend of mine, who is a phenomenal coach, and ask her to help me work through the problem.

It was uncomfortable, as growth often is. There was much wriggling on my part; my friend, thankfully, refused to let me off the hook and eventually, the truth came out.

“What was the point of making so much effort when the results I wanted weren’t showing up?” I had mumbled petulantly. As soon as the words were out of my mouth I realised exactly what was going on.

As much as I had faithfully promised to resign as general manager of the universe (Janet Attwood – The Passion Test) I had clearly assumed the role, again. Obviously, I knew better than anybody else when my plans should come to fruition, and by my calculations, they were behind schedule. As the ugly truth of my attitude became clear to me I realised that I had been living in direct conflict with one of my highest values: gratitude.

I had been living in direct conflict with one of my highest values: gratitude.

I was saying that what I had in my life, right now, wasn’t good enough. I wanted something bigger, better with more bells on before I would be satisfied. No wonder I was starting to feel so unhappy. And it wasn’t really a big surprise that the results I wanted weren’t showing up. If your partner brought you a present and you turned your nose up at it, he might not feel inclined to have his gesture dismissed again. I was shocked and ashamed but, thankfully, now that I had my attention on the blind spot I was already half way to seeing clearly.

Impatience had been a problem for me all my life, definitely an Achilles heel. I spent the next couple of hours reflecting on what that behaviour had cost me: when I had put strain the relationship with my boyfriend because of my unreasonable expectations or just missed the moment because of mentally rushing off into the future. There was a lot of apologising to be done but, thankfully, I am greatly loved and my friends and family were gracious.

During that period of time I felt a definite shift in my energy. I felt happier and lighter – more present in the moment than I had felt for ages. Finally, I understood the phrase, “enjoy the journey”. I had heard it countless times but it had never resonated at that level with me, before. It was important to me to really anchor my awareness I this new mindset, so I started to look for quotes that would help.

I was amazed by what I found. There were so many quotes by people who were at the top of their field, from all different backgrounds, that encouraged being in the moment: Sally Field, Marianne Williamson, Oliver Goldsmith, Voltaire, Einstein, Wordsworth and Henry David Thoreau. The most surprising one I came across was from Donald Trump, who said:

I try to learn from the past but I plan for the future by focusing exclusively on the present. That’s where the fun is.

“Well,” I thought, “If it’s the key to a multi-billionaire’s success, it’s good enough for me.”

And it has been. It’s incredible just how much happier and more productive I have been by focusing on the journey, instead of rushing towards the future. After all, the present is all that we really have. There are no guarantees how life will unfold but there is magic in every moment, if we just take the time to recognise it.

Felicity Lerouge is a coaching psychoneurologist and runs her own coaching consultancy and events company, Phenomenal Women Events. She has extensive experience in the field of personal development and is part of the Robbins’ Research International Senior Leadership team, coaching at events, worldwide. In order to stay at the cutting edge of her profession, she is studying for her PhD in coaching psychoneurology and has just achieved her PhD(c).
Previous PostSomething In The Way She Moves…Next PostCapsiplex – Slimming tablets review 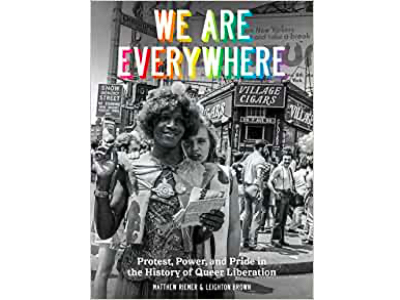 Recommended Read: We Are Everywhere: Protest, Power, and Pride in the History of Queer Liberation | Leighton Brown 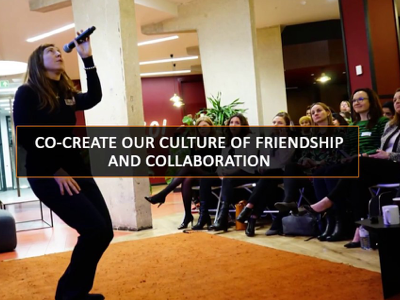