0
You have 0 items in your cart
Go To Shopping
Home > Featuring on WATC > Theresa May promises to fight in the next election: “I’m not a quitter” 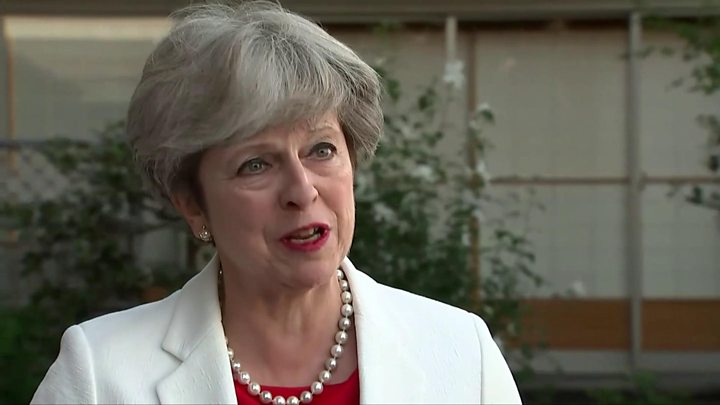 Theresa May has vowed to lead the Conservatives into the next general election, insisting she’s “not a quitter”.

Her announcement comes after reports that she was preparing to stand down as Prime Minister before Great Britain leaves the European Union in 2019.

During a visit to Japan, May promised to deliver a series of reforms to build ‘a brighter future’. She also said she would remain so long as her party wanted her to do so.

When asked if she would fight in the next general election, May said: “Yes. There’s been an awful lot of speculation about my future which has no basis in it whatsoever.

“I’m in this for the long term. There’s a real job to be done in the United Kingdom.”

“It’s about getting the Brexit deal right, it’s about building that deep and special partnership with the European Union, but it’s also about building global Britain, trading around the world.”

“Yes, dealing with injustices that remain inside the United Kingdom, but also going out around the world ensuring that we can do those trade deals which bring prosperity to our economy and bring jobs to the United Kingdom.”

May promised she was “here for the long term”, before describing her Government’s work as “crucial”.

“…it’s not delivering on Brexit, we are delivering a brighter future for the United Kingdom”.

Her statement comes just two years after David Cameron made promises to remain in power regardless of the EU referendum’s outcome, before stepping down as PM.

May will spend the rest of the week in Tokyo for a series of meetings, including attending the Japanese National Security Council.

She will also visit the headquarters of the Japanese maritime self-defence force.

0Shares
ElectionPolitics NetworksstatementTheresa May
Previous PostHow connected are you? | Show Up and Sparkle BlogNext PostEducation charity warns introduction of 30 hours free childcare will cause “chaos”