0
You have 0 items in your cart
Go To Shopping
Home > News > Current Affairs for Women > Theresa May: the perfect case study of modern sexism 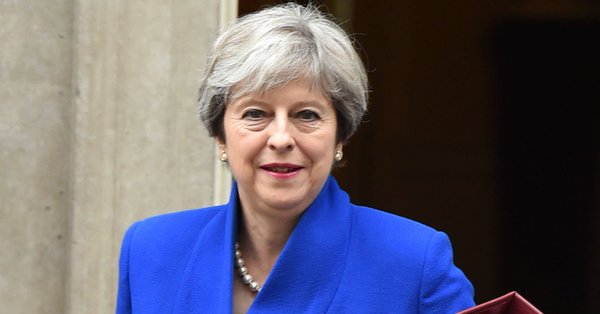 Driving a train is so easy, that “even a woman can do it.”

These were the words spoken by Chancellor of the Exchequer, Philip Hammond, on the floor of the House of Commons just a few short weeks ago.

The same chancellor who sits on the cabinet of Britain’s second ever female Prime Minister and one of the most powerful women in the world.

Theresa May has become the perfect example of modern sexism. Long before David Cameron stepped down in the wake of the Brexit referendum, and she began her ascent to the role of Prime Minister, and head of the UK government, she has been undermined and underestimated by colleagues and political opponents alike.

Many of her fellow politicians have been vocal in their surprise by how she has progressively climbed the political ladder. If one was to scour through Mrs. May’s biography, they would find several cases of senior politicians saying that they didn’t consider her to be as ambitious or as capable as she has proved to be. This, in itself, is farcical, as they describe a woman who had not only decided to be an MP before she was a teenager, but had already set her sights on becoming Prime Minister.

This kind of subtle sexism, in which high-flying, powerful women are simply not taken seriously or are underestimated, has haunted many women throughout their careers – and Theresa May is no exception.

It was fairly obvious that despite her formidable political talents, Mrs. May was originally appointed to the Conservative shadow cabinet because they needed a woman. To add insult to injury, she was given the role of ‘Shadow Secretary for Families’; a stereotypically female role which, in no way, suited her considerable experience. This appointment only gets worse, when we consider that there was no counterpart in the current majority Labour Cabinet.

Theresa May has long championed the need for increased diversity in parliament, helping to set up a positive action campaign to get more women into the Conservative Party and paving the way for up-and coming politicians like Amber Rudd. However, despite her work in this area, Mrs. May has, instead, received more attention for her fashionable wardrobe, than her prowess as a politician. Even today, as Prime Minister, the press has a tendency to report just as regularly on what Mrs. May is wearing as it does on how she is running the country. “Who won legs-it!” is a headline which will go down in the history books as particularly infamous.

You’ll struggle to find someone who disagrees that Theresa May is currently one of the most powerful women in the world. Regardless of whether you agree with her political ideology, it cannot be denied that she has led a long and successful career, and has rightfully earned her place in 10 Downing Street through ambition and fortitude.

The fact that such an individual needs to laugh off headlines such as “legs-it,” or speak on The One Show about how “she does the girl jobs” at home, proves that there are still huge issues in the way we stereotype, portray and treat powerful women.

Our Prime Minister is the perfect case study of modern sexism, and has highlighted the reform we need in both the political and public spheres when it comes to placing women in senior roles. We

can only hope that she continues to pursue women’s initiatives whilst in power, to remedy some of the discrimination and doubt she has faced as her career has blossomed.

0Shares
Binna KandolasexismTheresa May
Previous PostSalma Hayek speaks candidly about gender in the workplace: “Men feel entitled to ask for a raise”Next PostHaving confidence as a woman leader