In an event hosted by ITV news, Theresa May answered questions submitted by the viewing public on Facebook Live. 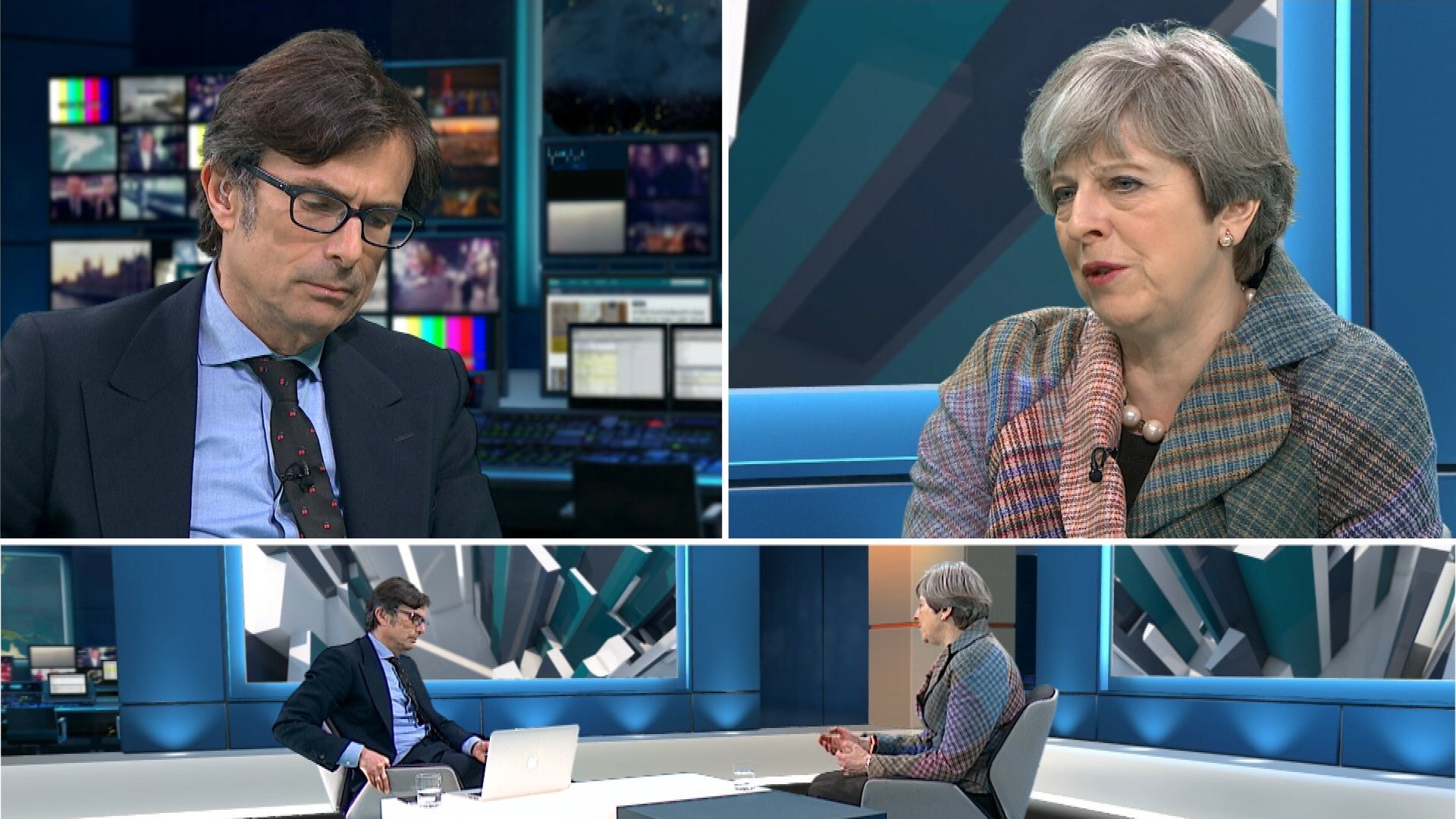 During the session, around 40,000 comments and questions were posted to the prime minister, with May answering 55 questions on a range of subjects.

The Q&A was moderated by ITV News Political Editor Robert Peston, who questioned May on a variety of topics, including fox hunting, Brexit and the NHS.

During the Facebook broadcast, May received 9,900 ‘angry face’ response emojis, and 4,300 ‘thumbs up’, showing the public’s opinions on her answers to the Q&A.

‘Hi Theresa May, as Prime Minster you have served your elite friends by giving them tax cuts while wages have stagnated, house-building is at it’s lowest since the 1920’s, there are 20,000 fewer police on our streets since 2010 and the NHS is in crisis.

‘Do you not think the British people deserve to see us debate, live and on TV?’.

Mrs May responded that it was more important to take questions directly from voters.

“I don’t think people get much out of seeing politicians having a go at each other,” she retorted.

When questioned about the NHS and whether she would put more into the system than initially pledged, May said that half a trillion was being spent in the five years after 2015, adding:

“We need to make sure the money we are spending is being spent as effectively as possible with an absolute focus on patient care.”

The Prime Minister admitted there was “more to do” when it came to stigma around mental health, and ensured viewers that training would be issued for members of staff in primary and secondary schools to deal with mental health issues correctly.

Disability payments were raised by many of the viewers, responding to the decision to replace the Disability Living Allowance with Personal Independence Payments.

She said the reforms were “part of trying to ensure that we focus payments on those who most need it, those who are most vulnerable”. She added: “There are a number of issue people raise around PIPs. One is about the assessment process and we have been making changes in that to make that a better process for people.

We want to try to help those disabled people able to get into the workplace to do so.”

On bringing back fox hunting, May said she supports foxhunting and that there would be a ‘free vote’ in Parliament once Conservatives won the election. She admitted to have never been fox hunting.

In response to questions about the EU, Mrs May said her top priority was the right’s of British Citizens. She said:

The Prime Minister also responded to a question about her diabetes, admitting:

“I am a type one diabetic. That means when I eat, I have to inject insulin, which I do.

“I will be injecting myself four or five times a day… You just get into a routine. You depend on that insulin and you just build that routine into your daily life. The crucial thing to me is being a diabetic doesn’t stop you from doing anything.”

Finally, May confirmed that she would serve her full term as prime minister if she was to be re-elected, promising to see through Brexit negotiations.

Each of the party leaders, including Jeremy Corbyn, has been invited to take part in ITV News Leaders Live in the days leading up to the June 8 General Election.