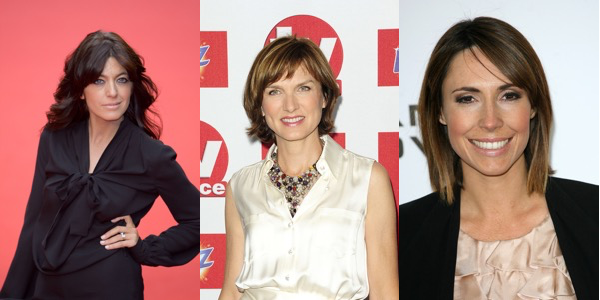 Only a third of women are amongst the BBC’s highest earners, it has been revealed.

The news comes as the BBC releases the wages of its biggest stars for the first time.

The annual report looks at the previous year’s performance and published details about the BBC’s finances and spending. It also delves into TV and radio viewing figures and online engagement.

The report showcases the wide disparity between male and female wages amongst the organisation’s biggest stars.

BBC director general, Tony Hall has however said that he is committed to closing the gender pay gap by 2020.

Speaking on BBC Radio 4’s Today programme, Hall said, “By 2020 we will have equality between men and women on air, and we will also have the pay gap sorted by then too.”

“The average gender pay gap for the UK is just over 18 per cent, our figure is ten per cent.”

“I’m committed to making sure we do something about it.”

He continued, saying, “Is that where we want to be?”

“Are we pushing further and faster than any other major broadcaster?”

“We’ve already set a clear and strong target for what we want to achieve by 2020 – we want all our lead and presenting roles to be equally divided by men and women.”

“This is already having an impact – of the talent on the list that we have hired or promoted in the last four years, 60 per cent are women.”

However, Hall said he felt publishing the salaries of the highest-earners was wrong and defended the pay of the BBC’s stars. The BBC have also allowed the stars to break normal protocol and defend themselves – something that Chris Evans and Gary Lineker have taken advantage of.

Hall said, “Trying to compare names with what they are paid is actually very difficult.”

“It is one of the reasons we said this was a bad idea….there is one person doing one job sitting next to another person doing another job, they may be doing different other programmes.”

“So comparisons are very, very hard.”

“That’s one of the worries we have got to manage and help through today.”

“We’re in a market that is now even more competitive that ever.”

“A decade ago it might have been just ITV or Sky or commercial radio.”

The BBC has faced criticism over the news that it pays female stars less than their male counterparts.

Good Morning Britain presenter, Piers Morgan has weighed into the argument, suggesting that ITV is the BBC “in reverse”.

He said, “We are the BBC in reverse!”

“We are a shining example of equality – the women dominate on ITV.”

He continued, “They preach about equality but I’m not seeing much evidence the BBC practices what it preaches.”

It was recently announced that ITV had appointed its first-ever female Chief Executive, Carolyn McCall. Despite the historic announcement, McCall is reportedly still earning £41,000 less than her predecessor Adam Crozier.

Alison is the Digital Content Editor for WeAreTheCity. She has a BA Honours degree in Journalism and History from the University of Portsmouth. She has previously worked in the marketing sector and in a copywriting role. Alison’s other passions and hobbies include writing, blogging and travelling.
Previous PostSlow things down | Show Up and SparkleNext PostNew report urges companies to publish figures of their BAME employees