0
You have 0 items in your cart
Go To Shopping
Home > Culture > Film, TV & Music > Viola Davis, Melinda Gates and Theresa May amongst those in Time’s 100 most influential 2017

Time magazine have revealed it’s annual list of activists, artists and pioneers who have made a significant impact on society in the last year. The 2017 list is made up of prime ministers, presidents, CEO’s and entertainers, and has a significant focus on those who have made mental health the focus of their work.

The list includes 40 women, and each profile is introduced by another prolific figure. Some of the women in the list include entertainers Viola Davis, Emma Stone, Sarah Paulson and Margot Robbie, whilst Alicia Keys and Demi Lovato make up the musicians featured.

On Viola, Meryl Streep wrote, “Her gifts as an artist are unassailable, undeniable, deep and rich and true”.

Senator Elizabeth Warren, Melinda Gates and Theresa May have been awarded for Leadership, with Prime Minister of New Zealand Bill English introducing May, writing: ‘…she has met the deepest demand of leadership: to provide direction and reassurance in a time of upheaval and confusion’.

Of the list, TIME editor-in-chief Nancy Gibbs wrote: “Some years the list has the feel of a loose, lively dinner party, people who mostly don’t know each other but would get along if they did. This year is a bit more complicated,”

“These past 12 months have sharpened our edges as political debates in the US and Europe, the Middle East and Asia, turned jagged and primal and seem almost perfectly designed to divide us more deeply.”

Yet many of the men and women on this year’s list are calling us out, using the technologies that connect us to expand how we see the world.” 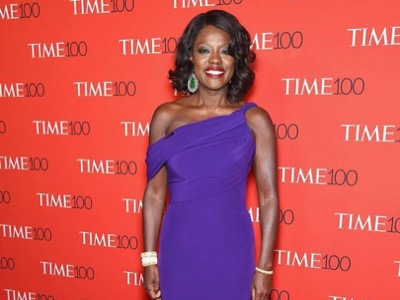