At the second presidential debate on Sunday,  Donald J. Trump avoided commenting on remarks he made in 2005 by instead deflecting onto Hilary Clinton’s marriage to former president Bill Clinton. Whilst in the debate he apologised for the lewd recording, he repeatedly minimised his words as “locker-room talk” and did not acknowledge claims about his treatment of women over the years. Instead, Trump blamed Clinton for raising it: “She brings up words that I said 11 years ago — I think it’s disgraceful and she should be ashamed of herself, to tell you the truth.”

Cornered, Trump diverted attention from the recording and instead assembled a group of women in a press conference to revisit alleged sexual assaults by Bill Clinton. The women included Paula Jones, Juanita Broaddrick, Kathy Shelton and Kathleen Willey, with Trump praising them all as courageous.

Refusing to shake hands at the beginning, the tense debate grew increasingly uncomfortable, with Trump threatening that if it were up to him, Clinton would “be in jail” for her use of a private email server as secretary of state.

In a no-holds-barred attacks on the Clinton’s , Trump went on to promise that, as president, he would appoint a prosecutor to investigate Clinton’s email practices. Further into the debate, he accused the moderators of conspiring against him, claiming that it was “one against three”.

However, despite efforts, Trump could not quickly put the issue of the 2005 recording to rest. Debate moderator Anderson Cooper pressed him about the tape four times, questioning if Trump understood the gravity of what he had said, and asking if he had ever acted upon the comments he made, to which Trump responded simply with “No”.

In the tape, which was published on Friday 7 October by the Washington Post, Trump brags in crass terms about kissing, groping and trying to have sex with women during a 2005 conversation with Billy Bush. The conversation was caught on a microphone discussing women with the then- Access Hollywood host, and includes the statement:

“I am automatically attracted to beautiful women. I just start kissing them. It’s like a magnet. Just kiss, I don’t even wait … and when you’re a star they let you do it.”

Trump issued a video statement late Friday night, apologising, but also stating that the revelation was a “distraction from the issues we are facing today”.

“I’ve never said I’m a perfect person, nor pretended to be someone that I’m not. I’ve said and done things I regret, and the words released today on this more than a decade-old video are one of them. Anyone who knows me knows these words don’t reflect who I am.”

Trump then once again moved the debate back to criticize the Clinton’s by saying ‘ Bill Clinton has actually abused women and Hillary has bullied, attacked, shamed, and intimidated his victims’. Exasperated, Clinton shot back, “Ok Donald, I know you’re into big diversion tonight- anything to avoid talking about your campaign and the way it’s exploding…”

Trump continues to struggle with deep skepticism among women voters. The recent controversy has lead to plummeting poll numbers and now a decrease in his chances of winning the presidency. 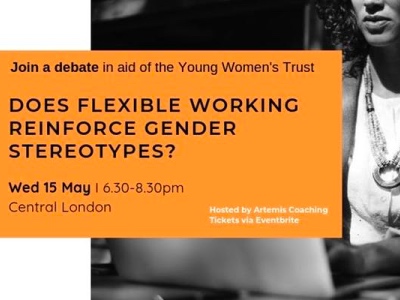