0
You have 0 items in your cart
Go To Shopping
Home > Awards > Awards News > Two weeks until nominations close – have you nominated? | WeAreTheCity’s 2021 Rising Star Awards 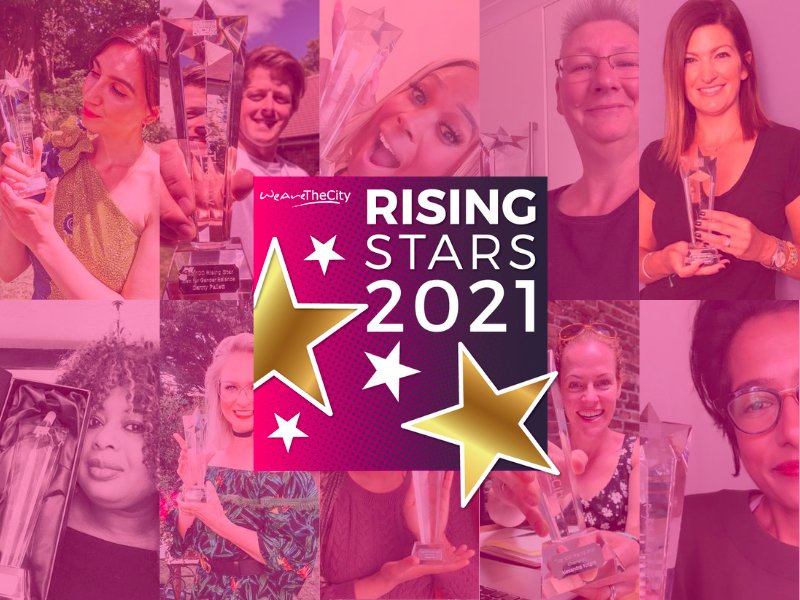 Just two weeks to go until nominations close for the 2021 Rising Star Awards – have you nominated?

Now in its seventh year, the Rising Star Awards are the first to focus on the UK’s female talent pipeline below management level. Our strategic goal, set in 2015, aims to showcase 1,000 outstanding women by 2022. By highlighting the accolades of these women, WeAreTheCity are not only promoting the amazing female talent that exists across the UK, but actively encouraging organisations and business leaders to invest in and recognise these women as leaders of tomorrow and individual contributors to their respective industries.

These awards will recognise and celebrate a further 100 female individual contributors from over 20 different industries that represent the leaders and role models of tomorrow. These winners will join our award’s alumni of 650 previous winners, across the UK and India.

Alongside our Rising Star categories, we are also calling for nominations for Champions, Company of the Year, Men for Gender Balance – and new for this year, Global Award for Achievement.

Our Champion award recognises the achievements of five senior individuals, of any gender, who are actively supporting the female pipeline outside of their day job. Nominations for this award are individuals who have demonstrated their commitment to gender, e.g. HeForShe supporters, network leaders, directors, MD’s & C-Suite individuals who are championing women either inside or outside their organisations.

The Men for Gender Balance category is for men who are championing women and gender balance either inside or outside their organisation. Nominees must be at least Director level (or equivalent) or above, and must demonstrate that they have actively supported the female pipeline either through their current work role or external activities.

The Global Award for Achievement category is for a female individual who works within any industry, outside of the UK, whose current position is below director level.

In previous years, the awards have been supported by an array of FTSE sponsors and this year is no different.

A shortlist of ten women from each industry category will be chosen by an esteemed panel of judges and will be published in April. The shortlist will then be open to a public vote. Judging for the final five winners for each category will take place with independent judges in May. The Top 100 Rising Stars will be announced on 25 May 2021.

Our 2021 winners, Rising Star alumni, judges, sponsors and supporters will be invited to a prestigious ceremony – details to be announced.

Watch our 2020 virtual awards ceremony below:

Categories including in the 2021 Rising Star Awards are as follows:

How we define a Rising Star

*There is no public vote of support for the Champion of the Year, Global Award for Achievement, Company of the Year or Men for Gender Balance award

Previous Post25/02/2021: WeAreVirtual: The Sober Revolution…| Millie Gooch & Vanessa Vallely OBENext PostHow to drive the cause of ‘women in leadership’ in your business