Girls in the UK are missing school because they can’t afford sanitary products, according to a charity.

Freedom4Girls, who usually provide tampons and pads to women in Kenya, are now also providing them to girls in West Yorkshire.

A school in Leeds contacted the charity after concerns were raised about attendance. A police officer working at the school discovered the reason for high truancy was due to girls being on their periods.

The charity is now campaigning to raise awareness and for policy changes through their GoFundMe page. The money raised will go towards equal access to education for girls and young women in both Kenya and the UK so they don’t have to miss school due to menstruation.

Speaking to BBC Radio 4’s Woman’s Hour, Tina Leslie, a public health worker and part of Freedom4Girls, said, “I wasn’t shocked at all.”

“We had an idea that there was something happening in schools.”

“We need to give these girls dignity back.”

“It’s happening in other schools. Teachers have told me they are buying towels to have just in case.”

“If you have a mum with two teenage girls, that’s a lot of money each month when you’re on zero-hours contracts, benefits or low income.”

“It’s the working poor that we are looking at.”

The news has only highlighted and encouraged those calling for an end to the so-called ‘tampon tax’. Campaigners have long been protesting against paying VAT on sanitary products, which are deemed “a luxury item”. They argue that women have to pay extra for the luxury of having a period, while items such as men’s razors are deemed “essential”.

Former Prime Minister David Cameron confirmed that his then government would abolish the tax. However, due to the complicated decision to leave Europe, the government have backtracked stating that all of the VAT on such products will have to be paid but will be donated to women’s charities.

Alison is the Digital Content Editor for WeAreTheCity. She has a BA Honours degree in Journalism and History from the University of Portsmouth. She has previously worked in the marketing sector and in a copywriting role. Alison’s other passions and hobbies include writing, blogging and travelling.
Previous PostM&S and Ruby Wax are launching cafe’s where people can chat about mental healthNext PostWhy work at Fujitsu 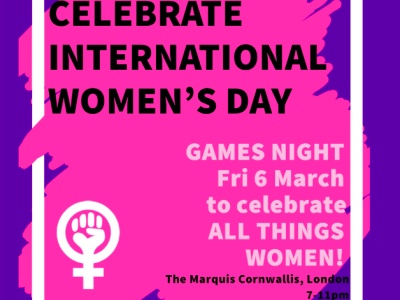