Women, particularly graduates, looking for a challenging yet rewarding career should take a look at becoming women in construction, says Wendy Sayer.

Are you creative, intelligent and determined? Would you like to shape (quite literally) our future towns and cities, and help build sustainable communities? Then your smart move is to look at the career opportunities for project managers, designers, engineers, technicians, and architects in the construction industry.

Forget about the builders’ bums (not a pleasant thought) and wolf-whistles – attitudes towards women in construction are thankfully changing. More than 265,000 women already work in the industry and the recruitment agency Randstad calculates that the number joining is at an all-time high. With many companies actively recruiting women for their personal and organisational skills, Randstad estimates they could make up 26% of the construction industry workforce by 2020.

Greater diversity won’t just make it easier for women to find acceptance on the construction site. According to Louise Ward, Policy and Standards Director at the British Safety Council, a nationally respected provider of health and safety training and qualifications, it could also improve health and safety in the industry. She says: “Women bring unique skills and talents to work. Their different perspective can also help prevent the macho culture that often encourages people to take unnecessary health and safety risks.” More women in construction would help reduce the industry’s chronic skills shortage. Some 82% of construction businesses already say they can’t find enough skilled workers. Now the Construction Products Association is forecasting growth in the sector of 3.0% in 2016 and 3.6% in 2017, driven in part by demand for 300,000 new homes a year. That is likely to create a million more jobs by 2020.

This is great news for ambitious women with good degrees. Graduate jobs in engineering and construction already have some of the highest starting salaries. However, schemes such as the Supporting People – Empowering Communities (SPEC) programme are also helping women to learn valuable skilled manual trades. SPEC, which receives funding from Belfast Council, aims to provide 500 training places for women in Northern Ireland who want to work in construction.

Volunteer It Yourself (VIY) offers similar opportunities for young people (aged 14-24) to learn construction skills while volunteering on local community projects. Some 38% of the VIY volunteers are women. They include people like Lucy, 16, who gained her City & Guilds qualifications in Health & Safety, Painting, Decorating, and Carpentry while volunteering at the Islington Art Factory.

Reflecting this resurgence of interest in skilled trades, the Women and Manual Trades organisation re-launched in May 2016 as Women on the Tools. The organisation has been going for 40 years and aims to increase the percentage of women in manual trades. However, despite campaigns such as #NotJustForBoys, women still only make up 1% of people in manual trades – this is a waste of talent.

Women have a long and proud history in the construction industry

Back in 1811, when her youngest daughter was just a year old, Sarah Guppy patented a “New Mode of Constructing and Erecting Bridges and Railroads without Arches.” In effect, she invented the means of building a new type of bridge. A few years later she gave her designs (for free) to Thomas Telford, who used them to build the world’s first suspension bridge across the Menai Straits in 1826.

In 1919, pioneering women who had worked as engineers and technicians during the First World War founded the Women’s Engineering Society (WES) to retain their jobs in peacetime. The current CEO of WES, Dawn Bonfield, recently published a report for the Institution of Civil Engineers called Disruptive Diversity that reaffirmed the case for women in construction. “Lack of diversity,” she says, “costs the industry in terms of lack of skills, productivity, employee safety and morale, innovation, profit and creativity.”

Women make up half the potential workforce in the UK – no industry can afford to ignore such a diverse talent pool. That’s why architect Caroline Cole founded the Equilibrium Network. “Our aim is to help the construction industry, not simply to promote women” she says, “it’s not just about gender but diversity.” The network’s research indicates that organisations with greater diversity at a senior level “have a tendency to be more profitable.”

The network also makes the point that where we live, the built environment, needs to meet the needs of different people. Greater diversity in the construction industry could lead to better designs for public spaces. Businesses that embrace diversity also benefit from increased creativity, generate more ideas, and are better able to respond to the challenges of a rapidly changing world.

Holly Porter, another architect and founder of the Chicks with Bricks network, urges women who want to work in the industry not to be scared of being themselves. “You can be a feminine woman and an intelligent construction professional,” she says. However, as she explains: “You don’t get anywhere in your job by playing on the fact you’re a woman. You have to be good at your job.”

According to the Construction Industry Training Board (CITB), it is a myth that construction is “a dirty industry that’s bad for the environment.” Instead “many construction projects now focus on sustainability and green technologies,” such as solar panels. This makes it an ideal career choice for anyone interested in protecting the environment and building sustainable communities.

The industry is also increasingly making extensive use of digital technology, such as Building Information Modelling (BIM) and Computer Aided Design (CAD). The Go Construct industry website provides more details for geek girls who are keen to find out more about this challenging but dynamic and creative aspect of the industry.

Construction is hard work but it’s worth it

Being a woman in an industry dominated by men can also be a positive point of differentiation that strengthens your career profile. As Casey Elsby, a crane operator at Laing O’Rourke, puts it: “Girls need to know that it’s OK to be interested in jobs that aren’t traditionally stereotypically female.”

According to Randstad, 94% of women in construction say they succeed “through their own hard work, ability and expertise,” rather than any gender bias or quotas. While almost half (49%) of them say their employer is “very” or “extremely” supportive of women. That still leaves plenty of room for improvement but women who take up the challenge today will be the role models of tomorrow. 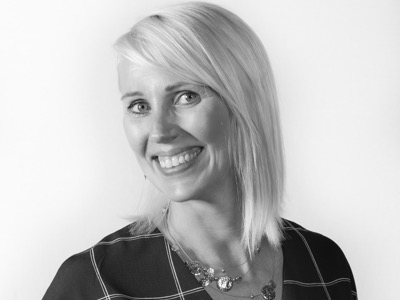 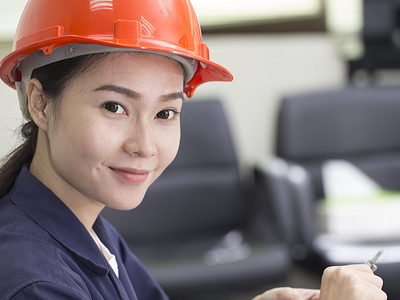 How can the Built Environment attract a winning workforce?