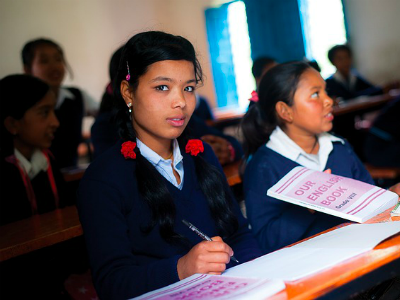 The UK has announced plans to step up and lead a global drive to tackle violence against women and girls.

The UK has pledged its support to protect women and girls in some of the world’s poorest countries from practices such as FGM, child marriage and domestic and sexual violence.

Announced on International Day to Eliminate Violence Against Women, this aid is expected to help around 750,000 women and girls globally over the next three years, by increasing access to crucial services like legal assistance, healthcare, counselling, safe spaces for survivors and working with communities to prevent and break the cycles of violence.

The Department for International Development (DFID) will provide up to £12 million to the United Nations Trust Fund in Support of Actions to Eliminate Violence against Women (UNTF) over three years. This vital UK aid will support local, national, regional and cross-border efforts to prevent and respond to violence against women and girls, including sexual and gender based violence in conflict areas.

Speaking about the pledge, International Development Secretary, Penny Mordaunt said, “It is truly shocking that violence against women and girls remains one of the most systemic, widespread human rights violations worldwide.”

“The high rates of this crime across the world are a global scandal.”

“I am proud to say that the UK is leading international efforts across more than 30 countries to eliminate violence against women and girls in all its forms – from ending Female Genital Mutilation and child marriage, to preventing and addressing domestic and sexual violence.”

“Today we are stepping up our leadership – working closely with women leaders and grassroots charities – to help even more survivors in some of the world’s poorest countries overcome the traumas of violence and tackle the root causes of this crime.”

Aldijana Sisic, Chief of the UN Trust Fund said, “This year’s commemoration of the International Day for the Elimination of Violence against Women comes at a unique moment coinciding with the unprecedented mobilisation of millions of voices of survivors of violence behind the #MeToo movement.”

“Violence against women is not inevitable and it can be ended with a comprehensive and multi-sectoral approach.”

“This is why the UN Trust Fund welcomes the renewed contribution of the UK as well as its ongoing global leadership and support for preventing and ending violence against women and girls and its root causes.”

Previous PostAlex Robson | Co-founder of The King of Soho Gin talks growing up with entrepreneurs, dealing with sexism and believing in yourselfNext PostWomen having fewer children than ever before