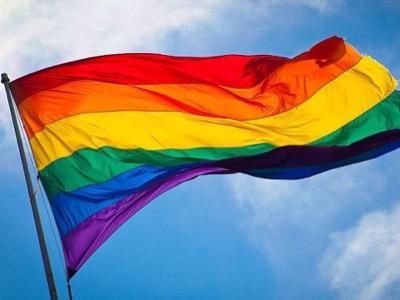 The US has voted against a ban on the death penalty for homosexuality.

The US voted against the United Nations’ resolution that would condemn the death penalty for having gay sex.

The Human Rights Council resolution condemned, “the imposition of the death penalty as a sanction for specific forms of conduct, such as apostasy, blasphemy, adultery and consensual same-sex relations.”

It also spoke out against using execution as punishment for people with “mental or intellectual disabilities, persons below 18 years of age at the time of the commission of the crime, and pregnant women.”

The resolution also expressed, “serious concern that the application of the death penalty for adultery is disproportionately imposed on women.”

Fortunately, the UN voted to pass a resolution banning the death penalty for having gay sex, with 27 votes to 13. Seven countries abstained from voting.

However, the US’s actions have been widely questioned by LGBT charities and on social media.

The US was just one out of 13 countries that were against the resolution, including Saudi Arabia, China, Iraq and Egypt.

Renato Sabbadini, International Lesbian, Gay, Bisexual, Trans and Intersex Association (ILGA) said, “It is unconscionable to think that there are hundreds of millions of people living in states where somebody may be executed simply because of whom they love.”

However, the US government has claimed that the reports are misleading. Heather Nauert, State Department spokesperson, told the Independent: “The headlines, reporting and press releases on this issue are misleading.”

“As our representative to the Human Rights Council in Geneva said on Friday, the United States is disappointed to have to vote against this resolution.”

“We had hoped for a balanced and inclusive resolution that would better reflect the position of states that continue to apply the death penalty lawfully, as the United States does.”

“The United States voted against this resolution because of broader concerns with the resolution’s approach in condemning the death penalty in all circumstances and calling for its abolition.”

Alison is the Digital Content Editor for WeAreTheCity. She has a BA Honours degree in Journalism and History from the University of Portsmouth. She has previously worked in the marketing sector and in a copywriting role. Alison’s other passions and hobbies include writing, blogging and travelling.
Previous PostPlus-sized women still severely underrepresented at Film and TV awardsNext PostMentoring is turning the gender diversity dial | Liz Dimmock