WATC spoke to David Richardson, Senior Consultant at Ikas International about the current job market and how the economic downturn has affected recruitment.

How has the economic down turn affected recruitment in the City/Wharf ?

Clearly the economy has a very direct affect on the city job market however the full implications of the credit crunch have only just begun to filter into the recruitment market. The primary change has been the increased time taken to sign-off / authorise hires, this has resulted in paperwork taking between 2-4 weeks in some cases whereas in early 2007 the same process could be completed in 24 hours.

In terms of specific roles clearly the Credit Markets are not recruiting, equities and commodities markets are obviously generating significant revenue at present however hiring in these areas is still relatively slack due to the numbers of internal staff moving from less profitable business areas into these businesses.
Overall a major impact has been an increase in the importance of hiring within finance, middle/ back office and control functions which currently make up a large percentage of overall hires when compared to a high number of front office roles this time last year.

It is worth noting that while the impact on US banks has been more immediate UK banks in particular have not been hugely affected up until now, this will likely have a knock-on affect on their hiring in the later quarters this year. Most US banks are on restrictive hiring or hiring freezes at present.

What would your advice be to any of our members seeking new employment ?

Thoroughly research the companies you are applying/ interviewing with and ensure that if there is bad press on them that you ask at interview how/ whether this is affecting the particular area in which you are interviewing. If you are looking to move jobs in 2008 do not delay, you should start immediately as the last two quarters of 2008 are likely to see incredibly restrictive hiring conditions.

Anyone working in contract employment needs to look at the likelihood of their contract being extended and whether or not it may be time to look at permanent roles in the current market.

Is there an industry that continues to thrive despite the current conditions?

While there is not any one industry that has nothing but good news there are positives within many areas of finance/ advisory.Commodities/ Equities are becoming increasingly important and profitable to the major banks.
Well regarded Asset Managers are benefiting from investor prudence. Perhaps the biggest winners have been elements of the hedge fund community, while some well known and highly regarded funds have imploded many have increased their value considerably. Hedge funds were widely criticised for irresponsible investing in the run up to the crunch but many have now made significant returns after predicting/ precipitating the crisis. The hedge fund community remains however a secretive and closed community and as such broadly assessing the number of roles that are in this area is difficult. As always accounting firms remain busy in a downturn.

Are there any particular skills that are in demand ? Where would you suggest our members focus their development ?

From an IT perspective it is Business Analysts, there are very few skilled individuals in the market who focus on this. As a result salaries have been increasing rapidly within this area. 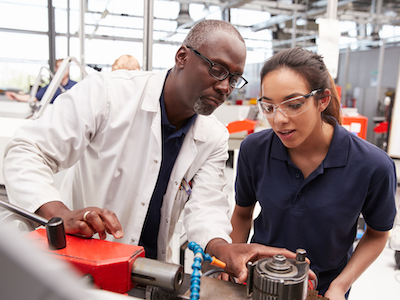