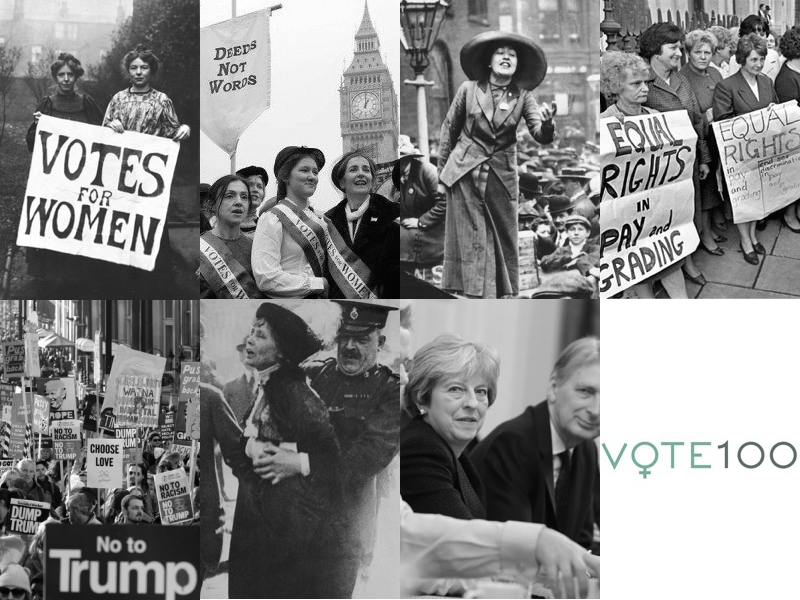 2018 marks 100 years since women achieved the vote in the UK – and WeAreTheCity will be celebrating and marking the occasion throughout the year.

In 1918, the UK government passed the Representation of the People Act which allowed women over the age of 30 who owned property to lawfully vote. This affected around 8.5 million women, but on a larger scale, it still only represented 40 per cent of the population of women in the UK.

Throughout 2018, there will be numerous events and stories happening to commemorate the centenary and make 2018 the year of the woman. Already, Vogue showcased its “new suffragettes”, which included Stella Creasy, Labour MP for Walthamstow; Sophie Walker, leader of the Women’s Equality Party; artist Gillian wearing; and writer Reni Eddo-Lodge. Actors and actresses attending the Golden Globes wore black in support of the #TIMESUP campaign, which aims to take a stand on underrepresentation, discrimination and abuse; and the gender pay gap has been forced into the spotlight once again.

Alongside exhibitions from museums and galleries, the UK government is also encouraging people to take part in their Vote 100 Talks and Tours, where you get to visit the Houses of Parliament. ‘EqualiTeas’ will also be taking place up and down the country, giving people the opportunity to share, debate and celebrate the female vote, over tea and cake.

If you have an event that you feel would benefit our members, you can promote this on WeAreTheCity. Charity or not-for-profit events are free to publish, while all other events will incur an admin fee. Click here to find out more.

Alison is the Digital Content Editor for WeAreTheCity. She has a BA Honours degree in Journalism and History from the University of Portsmouth. She has previously worked in the marketing sector and in a copywriting role. Alison’s other passions and hobbies include writing, blogging and travelling.
Previous PostFive ways to perfect the art of listeningNext PostLess than half of young women think equal representation in Parliament will be achieved in their lifetime