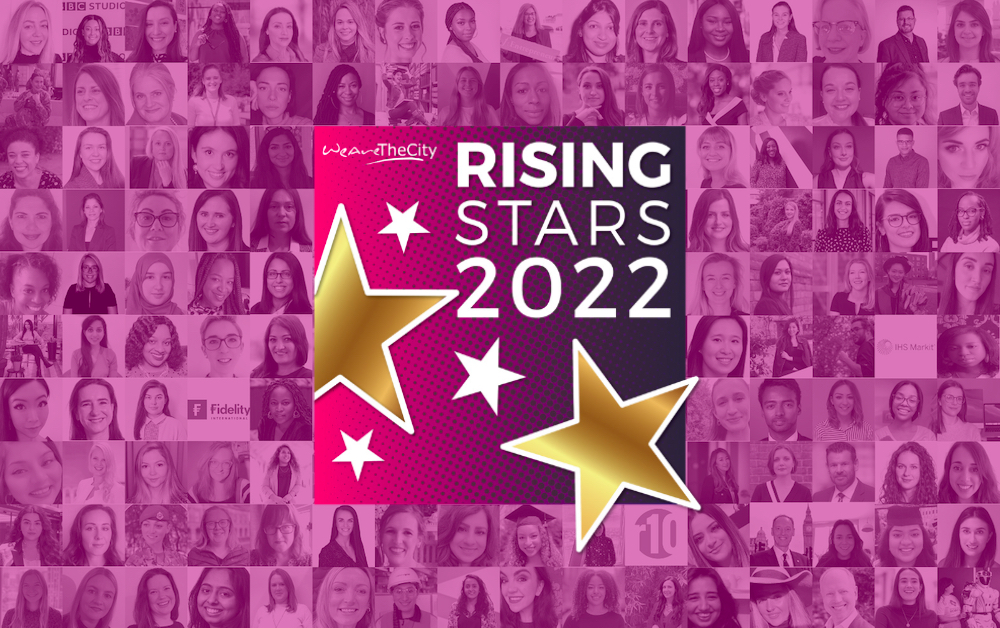 WeAreTheCity are extremely proud to announce our shortlist for the 2022 Rising Star Awards.

Over an eight week period, we received over 1,000 nominations from across the UK and Northern Ireland. The calibre of entries for this year’s awards was exceptional.

On behalf of the Royal Bank of Canada and our supporting sponsors, it gives us great pleasure to announce the 2022 Rising Star award’s shortlist and to congratulate all of the shortlisted individuals.

The 200-strong shortlist showcases remarkable women within the UK from over 20 categories representing different industries/professions. An example of the amazing women shortlisted this year are Preet Chandi, who recently became the first woman of colour to complete a solo expedition in Antarctica; Ebinehita Iyere, founder of Milk Honey Bees, working with young people who encounter the youth justice system and those who are impacted by violence in the community; Nuthana Prathivadi Bhayankaram, who was elected Vice President of the Medical Women’s Federation, the first junior doctors to hold this office in the 105-year history of the organisation; and Lauralee Whyte, founder of SPECTRUM – Speakers & Enterntainers, a talent agency for women, BIPOC, LGBTQ+, Differently Abled, Neurodivergent and Socially Disadvantaged. 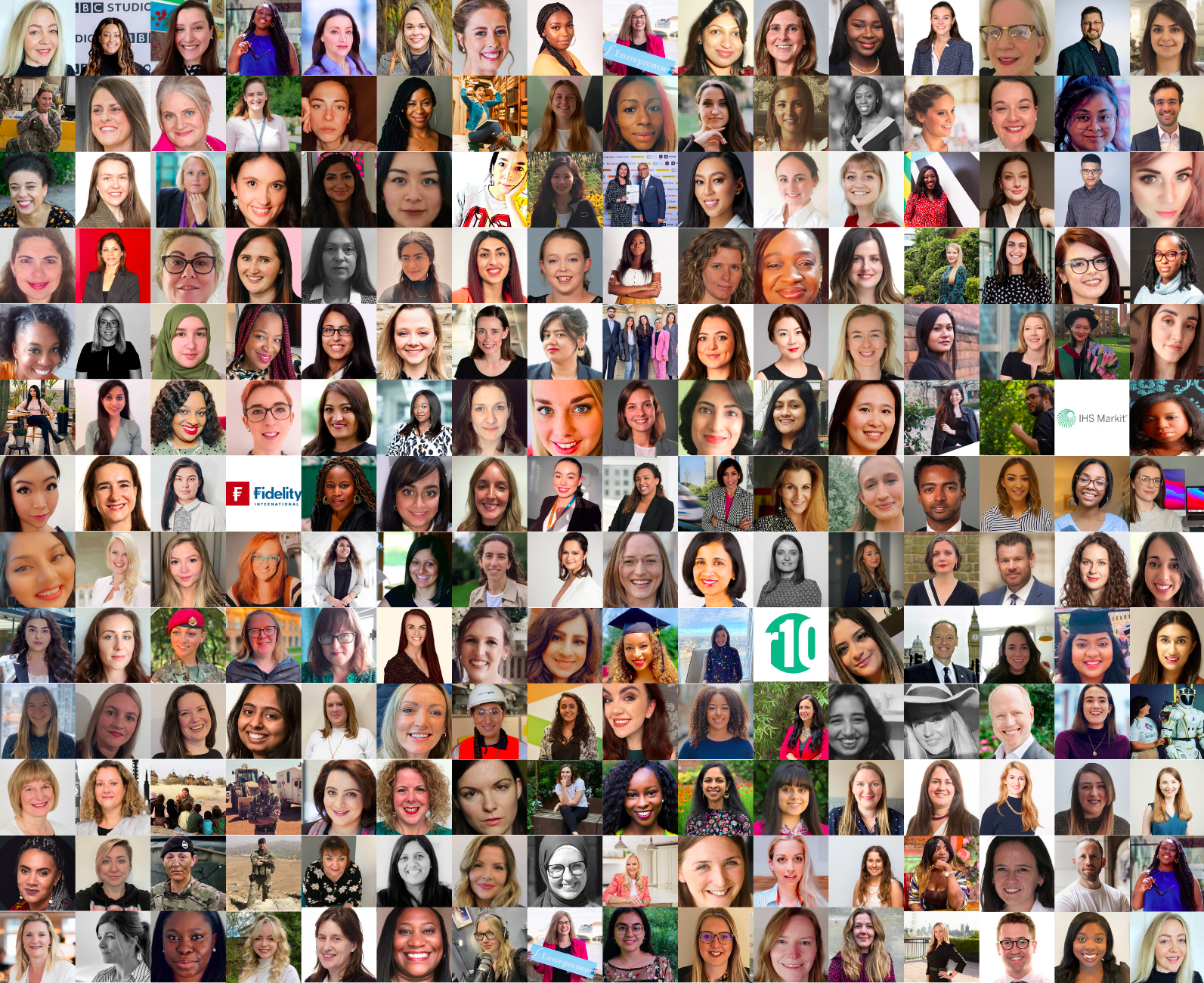 We are also once again celebrating women around the world with our Global Award for Achievement.

This year’s shortlisted nominees include Ashley Scott, who outside her role at PepsiCo, is the founder and CEO of Data Girl Ash, a training and coaching company that empowers individuals from historically underrepresented backgrounds; Anna Raduloski, who founded WomenTech Network, a woman-led and woman-focused organisation to empower women globally through mentorship, career development and networking; and Aparna Saroagi, who is spearheading inclusive workplace practices at NatWest in India.

We are also celebrating Men for Gender Balance, which celebrates senior men who are championing women and gender balance either inside or outside their organisation. The shortlisted nominees for this year include Lee Chambers, a psychologist, coach and founder of Essentialise Workplace Wellbeing, a wellbeing and inclusion consultancy; Ian Clarke, Founder of Deilight Consulting, who holds the Millennium Volunteers Award for Excellence for a lifetime dedicated to mentoring, coaching and counselling disadvantaged young people and their businesses; and Richard Pickard, Founder of Inclusive Search, an advocate for TLA Black Women in Tech and The 30% Club, and the author of the ‘Exceptional Female Role Model’s interview series.

The Rising Star awards also include a Company of the Year award, which recognises the achievements of a company who can demonstrate that they are actively supporting and developing their female talent pipeline through initiatives, training, development programmes and/or internal employee relations groups. Shortlisted companies this year are Fidelity International, IHS Markit and r10 Consulting.

The awards also continue to celebrate Rising Star Champions, recognising the efforts of senior leaders who are actively supporting the female pipeline, included in this year’s shortlist are Marie Hemingway, Founder and CTO of Speak Out Revolution, a not-for-profit helping to bring strategic insights to organisations to eradicate workplace inequality; Kanika Selvan, Associate Director of Data and Technology at the University of Sheffield, the youngest member of her leadership team and a committed advocate for diversity; and Sam Cooper-Gray, Global Head of Market Strategy and Engagement at HSBC, where she advocates for male allyship across the firm through their global Balance network.

Royal Bank of Canada (RBC) is delighted to be powering the Rising Stars Awards for the third year and extended our partnership through to 2024. These awards are critical to celebrate and showcase incredible talent across multiple industries in the UK, something that is particularly important during these challenging times. Diversity and inclusion is more than just a value at RBC, it’s our strength, and it’s one of the ways we bring our purpose of helping clients thrive and communities prosper to life.

The calibre of entries this year has been truly exceptional. Every one of these women should be extremely proud of their achievements. They are key contributors to their industries and outstanding role models. I wish them the very best of luck in the final round of judging.

The shortlist will now be judged by an additional set of expert judges and the winners will be announced on 24 May 2022.

The winners will then be invited to celebrate their achievements at a virtual award’s ceremony on 14 July, alongside our sponsors, judges and special guests.

The public vote of support will open on 27 April 2022 for all shortlisted nominees. The public vote only determines one winner out of the five winners of each category, the other four winners are decided by our judges. Votes can be cast via the Rising Star website from 27 April.

Please note there is no public vote for the Champion, Men for Gender Balance or the Company categories. 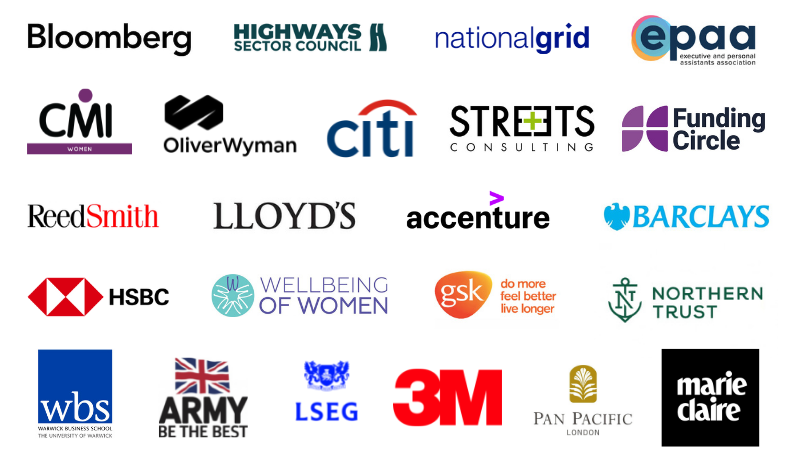 Alison is the Digital Content Editor for WeAreTheCity. She has a BA Honours degree in Journalism and History from the University of Portsmouth. She has previously worked in the marketing sector and in a copywriting role. Alison’s other passions and hobbies include writing, blogging and travelling.
Previous PostHow to deal with grief at work | Dipti SolankiNext PostWhy leaders need to understand historical exclusion to make change 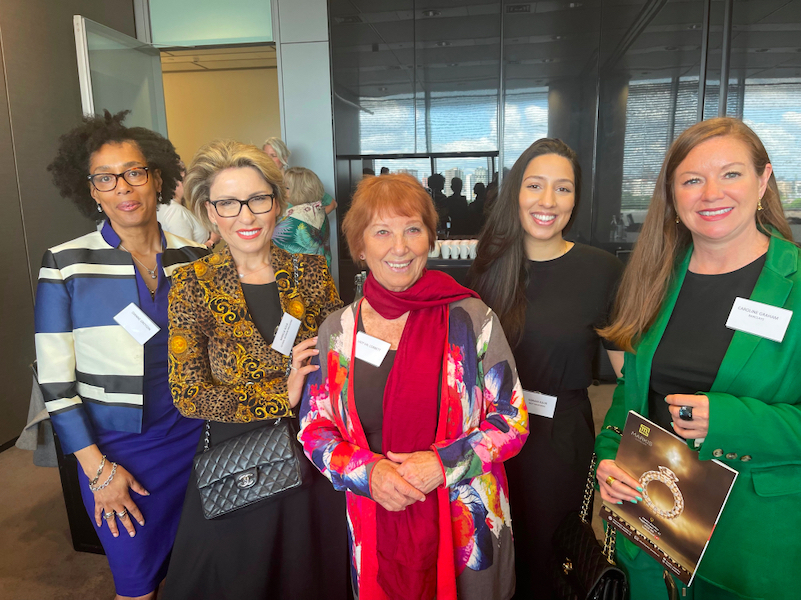