0
You have 0 items in your cart
Go To Shopping
Home > Career Development > CV/ Resume > What hobbies and interests should you include on your CV? 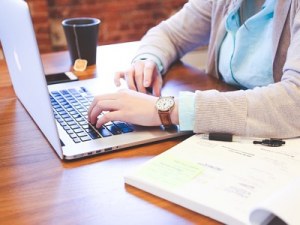 As with any career advice, there are always a few recommendations which prove to be controversial.

However, several years later when you’re applying for a senior role, you may realise that the interviewer probably won’t want to know about your keen interest in bird watching or embroidery. In most cases, it is worth including them on your CV, but it’s all about striking the balance between the two.

If you were to ask a recruiter what hobbies to include, you’d most likely get the response: ‘anything that is relevant to the role’. But what does this actually mean? In some cases, it’s quite obvious. Let’s say you’re applying for a job at a charity. Would you give a shout out to the fundraisers you’ve organised for a local pet shelter, or the half-marathons you’ve run to raise money? Of course you would. Yet would you do the same if you were applying for a role as a DevOps Engineer? Perhaps not.

It’s often recommended that you include your involvement with any sports teams on your CV – but only if you’re playing or coaching the team, not just watching from the side lines! If you feel confident about backing this up with how it’s taught you to work in a team and use your competitive streak to an advantage, then keep it on there. Any involvement with performing arts can also work well in your favour, particular in customer-facing roles like those in sales, where confidence is vital.

Creative hobbies and interests such as photography, video production and blogging can also impress the hiring manager. As the lines between different job roles continue to blur, having employees that can confidently use social media or the company’s online blog to share insights into their industry and day-to-day life at the company is really valuable. Plus, it’s a chance to show off your excellent communication skills which are essential for any role.

What to leave out

There tend to be a few popular hobbies and interests that crop up time and time again, such as reading, cooking, and socialising with friends. It’s best to avoid mentioning any of these on your job application, as it’s difficult to identify how it’s developed relevant skills that could transfer into the workplace. The same applies to more niche hobbies like scrapbooking or stamp collecting. As a general rule, if you can’t draw out skills mentioned on the job description and it’s totally unrelated to the role, leave it out.

You should steer clear of mentioning controversial hobbies or your involvement with any political campaign groups. And, if you can’t identify two or three relevant hobbies and interests to include, perhaps save your answers for the interview process rather than listing them on your CV. Be sure to prepare an answer though, as the interviewer may notice that you’ve not listed any on your application and ask you in person instead.