0
You have 0 items in your cart
Go To Shopping
Home > News > Where are our Women? Missing women Or invisible women? Are they hidden away in a dungeon or just ignored?

Interestingly there is a new project for the BBC mentioned in the Observer. Brian Cox is to do a programme on “man’s understanding of the universe”.  The assumption is that women don’t exist or that they’re not important enough.   Interestingly at the WATC evening of women in technology, the CEOs’ weren’t immediately able to think of role models, in the tech field. But they are out there. Still attracting criticism almost regardless of how they play it.

The chief operating officer of Facebook  who helped build Google into a powerhouse; she has led the Facebook team in making the social media site ubiquitous. She’s a mother who cares deeply about work-life balance and has been outspoken about women pulling together. She’s probably wondering why all the fuss is about her, and not the bigger issues.
http://tinyurl.com/bdk45wa

Make no mistake every report on women, by women, about women, has an influence on how the wider world views women.

Just because they’re not on the front page or business page, doesn’t mean they’re not out there. They are ambitious. But also they are role models and if we want women to have a higher profile, to be visible, every news item featuring women, or, by a woman, is of importance. Its important in how the great public view women, as sex objects, or respected manager of a football club/ or even if they can race, formula one, as fast as a man.

“Why Sir Stirling Moss is wrong about women and motor racing – The 83-year-old champion driver says he doesn’t think women have the mental strength to compete on the track. Really?” A guardian blog. not on the sport pages: find it here:  http://tinyurl.com/a2tnee3

“Save the Children’s annual report shows that Britain lags behind many European nations in health and wellbeing for women. Babies born in the UK have a greater chance of dying before they reach their fifth birthday than in 21 other European countries, Save the Children’s annual State of the World’s Mothers report has found. The women bearing them are also far more likely to die during pregnancy or childbirth than those in many other smaller countries including Slovakia, Lithuania and Montenegro. What is going on? And why has this damning indictment caused so little reaction in Westminster?”  To which could be added the question, why is this not on the front page, or in the news section?

We fare better with the Evening standard, which usually has a profile  or attention to matters of importance to women, and here is where we find the women technologists, a few:

“Kathryn Parsons: the woman on a major mission to teach us all how to code” – Parson’s sees the tech industry as the ideal place for women, and she has some heartening words. “You could set up your business today and it could take over the world in a year’s time. If you set up your own technology business as a woman you don’t have to navigate that old legacy of business. You can create your own culture. Having more female founders is really important as they will take women’s issues to heart and they will also want to hire more women. It’s great working with women.” http://tinyurl.com/c7a2xq6

So, remember, every article you read, either changes or reinforces the attitudes towards women, of what they are capable, of what they can achieve, and blows away the old myth that men and women are different, they have differently wired brains.  Individual people are different.  Anyone  brought up in a misogynistic culture will believe men are superior, stronger, more intelligent. There’ such spurious “research” out there self serving and keeping women either intimidated,  or unambitious.  It shows why Sheryl Sandberg looks to her mother.

About the author:
Having worked across 3 countries and at all levels of education, Christina is very aware of the myths of differences between women and men. She has made a study of the convenience of women being overlooked or marginalized at particular moments in patriarchal history.  A popular speaker at events, she features “Overlooked, Overshadowed and Outrageous Women.”   Her interview with Baroness Boothroyd is on her website. www.wwom.org 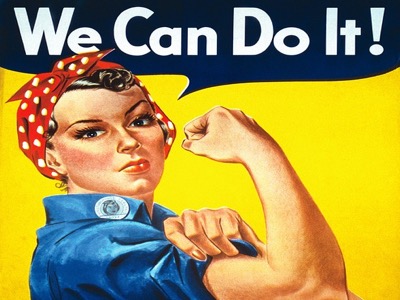 So, you think you’re not a feminist? 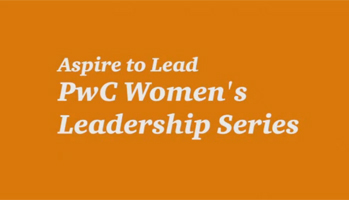