0
You have 0 items in your cart
Go To Shopping
Home > Lifestyle > Dating > Why do men check out other women? | Men Uncovered Blog I’ve observed plenty of couples walking down the street and then in front of them is an attractive woman. I can’t help but to stop and see what happens next.

Normally, the woman in the relationship has noticed the woman walking towards her before the man has. She angles her partner on the side of the pavement that makes it easy for her to keep an eye on him and harder for him to get away with discreetly looking at the approaching hottie. The gap closes, 20 metres, 10 metres and then he notices the lady, by this point his girlfriend is looking at him very studiously and he’s unaware as he locks his gaze onto the approaching woman. As she walks past him, he cocks his head to follow her path and meets his girlfriends furious eyes along the way. He knows that he’s being caught, she knows what he’s been doing. Sometimes no words are exchanged, other times, she gives him a disapproving look, he says, ‘what?’ in mock innocence and by this point I’ve lost the conversation as they’ve walked away from my prying eyes.

But the simple reason that men do check out other women is appreciation of beauty.

Some women confront it there and then and others for fear of coming across as possessive or crazy, say nothing but bring it up later on. Majority of women will notice it and it drives them crazy. I’ve been on the receiving end of plenty of phone calls asking me what I think they should do as they’ve caught their other half checking out another woman. Other phone calls ask me why men do it. Is it because the man thinks that the other woman is more attractive? Is he aware that he is embarrassing me when he does it? If he can do that in front of me what does he get up to when I’m not there?

Everybody notices somebody attractive, whilst some make it very obvious that they have noticed this person, some are a bit more subtle about it. Men have always been more vocal about expressing their admiration than women have. One of my friends told me that if she ever wanted an ego boost all she had to do was slowly walk past a building site as the shouts and wolf whistles would make her feel like somebody found her attractive. At this point I’d like to point out that I do know some women who will cross the road to avoid a building site as the comments and glares make them feel uncomfortable.

When I got the guys round the table they all agreed that they did check out other women, however they all said that it was because they noticed someone attractive who caught their eye and they weren’t planning to run away with that person whist abandoning their partner. Some said that they couldn’t help but to look at the woman regardless of whether or not their girlfriends/wives were near them whilst others said that they were subtle about it for fear of getting an ear bashing. I know a guy who checks out women so openly that his wife has now imposed a rule in their relationship which is that if she sees him looking at another woman he has to tell her exactly what it is about that women he likes. I can’t imagine that that’s very comfortable but each to their own.

As she walks past him, he cocks his head to follow her path and meets his girlfriends furious eyes along the way. He knows that he’s being caught, she knows what he’s been doing.

Seeing as most of the guys were in universal agreement on the fact that they do check out other women I reversed the scenario and asked them how they’d feel if they saw they’re ladies checking out other men. They all did agree that women also do look but are far more subtle, they also agreed that they’d be very uncomfortable if they caught their other half checking out another man as they’d be embarrassed, especially if other people saw her doing it. Worse, they’d be livid if the man noticed and smiled at her or looked the men in the eye in a manner that said, ‘see your woman checking me out?’

Every guy has their reasons for checking out women, some of which I dare not print on these pages judging by the conversations I have. Does it mean that they’re not loyal? Not at all. There are, of course some guys who are like dogs on heat and you can’t keep a leash on them for very long. But the simple reason that men do check out other women is appreciation of beauty. The way it’s done is what can lead to arguments particularly if it causes the woman some embarrassment.

Munir Bello is our resident male dating blogger: ‘Men Uncovered Blog’. Each week he will answer the most common questions posed by women about men. Munir Bello is the Author of The Break Up Recipe, A 5 star rated romantic comedy about break ups and relationships from a mans point of view, available on Amazon as a download or paperback. . Follow Munir on Twitter @munirbello1983 or www.facebook.com/thebreakuprecipe
Previous PostThe best type of training for fat lossNext PostManaging Stress in The City: The Office Wellbeing Test 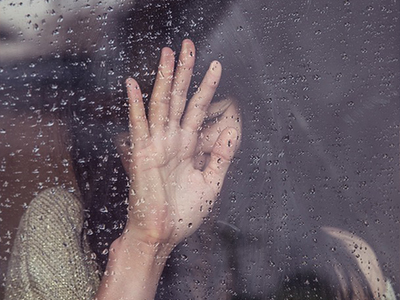 Why do so many men cheat on their pregnant partners? 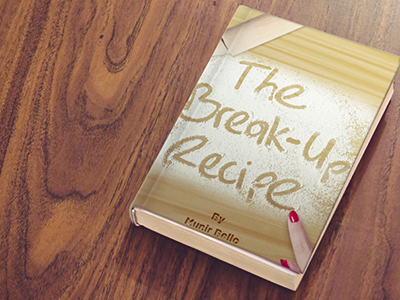 Looking for a date with Richard Branson