0
You have 0 items in your cart
Go To Shopping
Home > New Articles > Why do Mums Rock? Transferring motherhood skills back to the workplace

Why do Mums Rock?  For the answer to that we need to go right back to the beginning of time. From the start, man was the hunter for no other reason than he was bigger and stronger than woman. Meat was at one time the only thing that homosapiens ate, but then people began to realise that they could grow seeds and harvest the results. The men, as the hunter-gatherers, combined these two activities of killing animals and harvesting crops whilst the women stayed at home with the babies.

Who better to understand the importance of Health & Safety than a mum?

Flash forward thousands of years later and men are still working-but now women are too. Mums are the ones who do it all: both pursuing a career and being a worker within the family home. They take the bigger share of the overall pie in terms of workload.

So what can mums take from parenting to invest in their career?

If you go into a typical office, you might see a Health & Safety Certificate taking pride of place on the wall-H&S is now a big deal and there are all sorts of regulatory frameworks connected with it. Organisations will abide by these policies by giving you guidelines and protective clothing and so on, but at some point they also expect you to take responsibility for your own safety. You need to be careful not to trip over wires or operate machinery under heavy medication.

Doing H&S well requires a culture change and commitment from both the organisation’s leaders and the employees.  Procedures need to be followed otherwise people will get hurt or worse.

Who better to understand the importance of Health & Safety than a mum? When a woman has a baby, she has complete responsibility for the warmth, feeding and health of that baby-its life and death.  Just at that level, the level of accountability mums have when it comes to Health & Safety is misunderstood.

As it is, mums aren’t treated fairly by organisations upon their re-entry to work. Consider a man and a woman both entering the same firm at the same time with the same qualifications and going through the same processes to reach the same level in the company. The woman then takes a break to have a baby whilst the man stays on.

18 months later, when you come back, he’s been promoted but you have to slot back in below.  Your employer doesn’t believe that your experiences as a mother add the same value to the organisation as the experiences of someone who’s just stayed in the company doing the same thing for the past 18 months.

But really, your experiences have more value as you’ve acquired an extra appreciation of accountability and responsibility.

Mums are well-practised at mentally stimulating others.

Let’s look at the area of feedback. Individuals struggle with knowing how they’re doing and growing. They need reassurance, including in the workplace. Mums are giving reassurance constantly during the first few years of their child’s life. Just as it helps you embed good behaviour in your child as a mum, it can also help you up the performance of your colleagues and subordinates at work.

When workers give their reasons for leaving a  job, lack of mental stimulation ranks highly on the list. Mums are well-practised at mentally stimulating others. As well as socialising your children by taking them to different places and encouraging different hobbies, you also read to them to ensure they’re mentally stimulated. As a manager or leader of an organisation, this experience helps you run teams better: they’re more collaborative and they stretch themselves further.

So whether you’re involved in the Health & Safety, Performance Appraisal or Team Management area of your organisation, being a mother gives you qualities and skills that you can transfer back to your work. Even if you’re outside of these business functions, all the varied and unique experiences of motherhood will help you add more value to your company than your employer ever thought was possible. 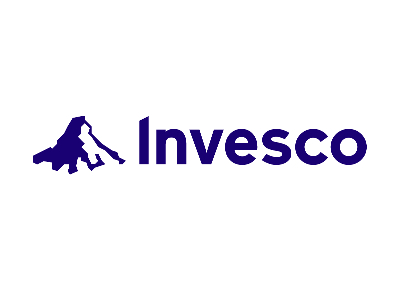