0
You have 0 items in your cart
Go To Shopping
Home > Blogs > Superstar Communicator Blog > Will Hollywood lose the voice and message of Sheryl Sandberg? Last week I heard that Hollywood would be creating a film of Sheryl Sandberg’s ‘Lean In’ an astonishing book on changing your mindset if you are a career woman. If you want to watch Sheryl Sandberg in action watch her TEDTalk. This book is a ground breaking, totally readable book. The book has challenged me to view career challenges and my role as a mother in different ways.

I had read the media coverage (and criticism) when the book came out, and had been put off it; yet I was so grateful a business friend recommended the book to me. The critics version of the book and the reality were two different books as far as I’m concerned! The former portrayed Sandberg as a forceful, lucky woman who was out of touch with ordinary women’s issues in the workplace. My experience of reading the book was that Sandberg came across as totally focused, hard working, intelligent. She also had the humility to state, in print, when she’d made a mistake. That takes a big person to do that.

On one level I am very excited such a great book is being filmed and given a wider audience. Hopefully it will fuel the debate on women’s careers

Her tone was neither bossy nor patronising. She was forthright, energised and inspirational, and I admire her for that. Her tone is very similar to hearing her (in my case watching her on Youtube) delivering a speech. Stepping up to a leadership role means you have a different tone of voice and style than someone who has less responsibility. Her book is also challenging individuals to approach their career in a different way and not to give up. I particularly liked her observation that women want mentors and that for many women, this is the modern equivalent of “Prince Charming”; a gutsy thing to say – and so true.

On one level I am very excited such a great book is being filmed and given a wider audience. Hopefully it will fuel the debate on women’s careers and the role women play in ensuring they fulfil their expectation.

BUT: Sandberg’s authentic voice will only be able to resonate if  the director, scriptwriter and finally the casting allow that. I wonder if a standard Hollywood producer will be tempted to make a ‘story’ of a harrassed woman (rather like “I don’t know how she does it”) rather than addressing the real issues of the book and the challenges modern life and a mother/career balance women face. I wonder if the script will go for laughs, with a couple of memorable set scenes that demonstrate what a  hopeless mother Sandberg is. Will the casting be tempted to have an actress to play Sandberg, whose profile will sell the film rather than the unique character of the lead?

I wait with anticipation. Maybe Hollywood is ready to “Lean In” rather than out, when dealing with modern life for women.

Susan Heaton Wright is a former opera singer who works with successful individuals and teams to make an impact with their voices and physical presence. Using her experience in using the voice and performing on stage, she works with people to improve their performances in a range of business situations; from meeting skills and on the telephone, to public speaking, presentations and appearing on the media.
Previous PostPrepare for difficult phone calls | Superstar Communicator BlogNext PostNew Blogger! The Superstar Communicator Blog | Susan Heaton Wright 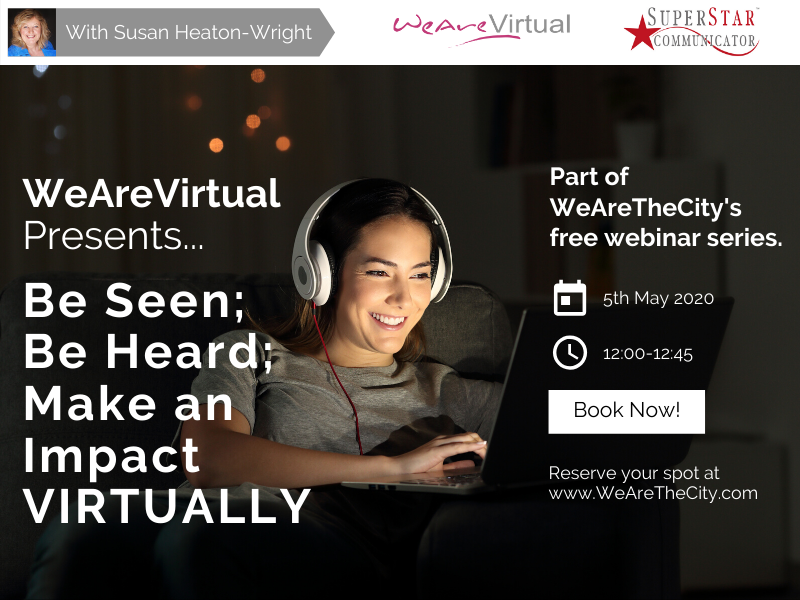 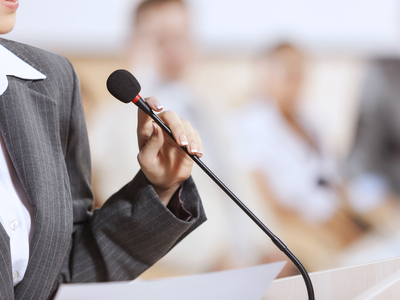