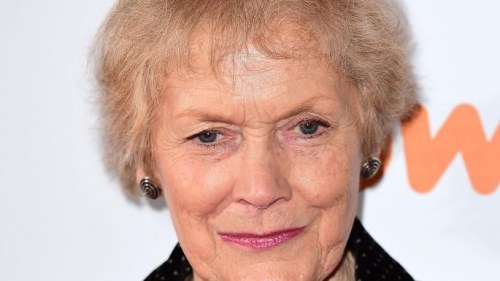 Former BBC Today presenter Sue MacGregor has weighed into the gender pay gap debate, saying that women would never get equal pay until “men have babies.”

MacGregor, who presented BBC Radio 4’s Today programme from 1984 to 2002, also said that, “women always end up doing most of the work,” when it came to childcare.

The BBC is currently in the midst of a backlash over its gender pay gap. After releasing the salaries of its highest earners, a large pay gap was revealed between its female and male stars.

Over 40 female BBC presenters have now signed a letter addressed to Director General, Tony Hall, demanding equal pay. It has also been reported that the BBC’s male stars could be asked to take a pay cut.

In an interview on the Today programme, MacGregor said, “My view is that there will never be totally equal pay for women until men have babies.”

“They will never have equal pay because there will be times when they have to leave.”

“There are extraordinary people who come back to work after two weeks or four weeks, but mostly and rightly, their attention is taken by this new little thing in their lives.”

The Today programme itself highlights the wider issue at the BBC. Male presenters, John Humphrys and Nick Robinson are paid more than £600,000 and £250,000 respectively. However, female presenter Mishal Husain is only paid around £200,000.

Today presenter, Sarah Montague was the only host not to appear on the list of highly paid staff – meaning she earns less than £150,000.

Alison is the Digital Content Editor for WeAreTheCity. She has a BA Honours degree in Journalism and History from the University of Portsmouth. She has previously worked in the marketing sector and in a copywriting role. Alison’s other passions and hobbies include writing, blogging and travelling.
Previous PostUK has one of the lowest rates of breastfeeding in the worldNext PostSerena Williams calls for equal pay on #BlackWomensEqualPayDay