The duo, alongside their other female co-stars Zoe Kravtiz, Shailene Woodley and Laura Dern, decided to take the project due to the opportunity to put diverse female characters on screen. The two also serve as executive producers on the show.

At the press event, Witherspoon said:

“I’m passionate because things have to change. We have to start seeing women on film as they really are… We need to see real women’s experiences… The constant incredible talent of women playing wives and girlfriends, I had enough.”

The show, based on Lianne Moriarty’s 2014 novel of the same name, involves mothers of young children becoming wrapped up in a murder. Kidman explained her reasoning behind joining the show:

“This piece is about women helping each other and women supporting each other, which was very important to Reese and I,” Kidman said.

“I love that it’s about women coming together and making something happening very quickly, with friendship being the core of it.”

“I think the constant question for me is, how am I discovering something about a woman on film that I’ve never seen before? With this piece, I feel like it was such a unique opportunity to have women at every age, every color talking about motherhood.

She concluded:  “We were excited to show the lives of these women in a very authentic way, and yet, entertaining.”

Witherspoon went on to comment about her experiences on set as a woman before, joking; “For 25 years, I’ve been the only woman on set so I had no one to talk to. They call it the Smurfette syndrome,”

The stars concluded that creating a programme with four female leads, in realistic, diverse roles should create a dialogue in high powered offices in Hollywood. Stressing the importance of deeper roles for women, Witherspoon said:

“These are the kinds of things the shift consciousness.” 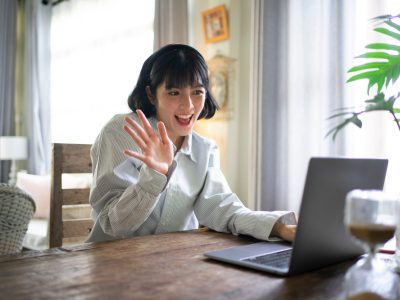