0
You have 0 items in your cart
Go To Shopping
Home > Career Development > Careers for women > Are women better at multi-tasking than men? 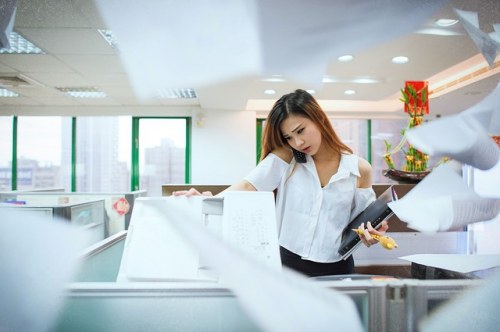 I don’t know how many times I have heard someone say that women are better at multi-tasking than men.

Usually it comes up when the topic comes to how women seem to juggle multiple household chores, while their man can only focus thing one thing like watching sport on TV. This belief springs from traditional gender role stereotypes and continues to promote these traditional stereotypes. This irks me and so I decided look at the evidence to see if women really are better at multi-tasking that men, and what impact this has on productivity in a work setting.

Multi-tasking is a misleading phrase. Multi-tasking is not working on two or three tasks simultaneously, but quickly shifting attention from one task to another. Humans have limited capacity to process information. Multi-tasking has a negative impact on tasks that require concentration and problem solving, like most work tasks. If you don’t believe me then try this – go out for a walk and then start doing some complicated mental arithmetic, say 1231 and minus 19, then 18 from this total and so on. You’ll probably find that without noticing it you have slowed down your walking speed.

Finding reliable evidence to showing gender differences in multi-tasking is difficult. Most of research is around driver safety. Using your cellphone while driving is a safety issue as your attention is divided. There were not big differences between men and women’s ability to drive and text simultaneously, so it is banned whatever your gender.

But what about the sorts of tasks you do at work (unless you are a truck or taxi driver). Most studies struggle to find consistent, reliable differences due to gender. Studies do show that there are some people who are much better than others at multi-tasking. A study at University of Utah showed 3% of the group were ‘super-taskers’ as they had an amazing ability to do two tasks simultaneously at the same level performance as when they were doing the task on its own (i.e. single tasking). This small group was split evenly between men and women. For the other 97% of those in the study their performance decreased on both tasks compared to when they were single tasking.

So while there are differences between people’s ability to multi-task, there is more variability amongst people than there is between men and women. Unless you are one of the 3% of the population who are ‘super-taskers’, multi-tasking will reduce your performance, whatever your gender. So don’t buy into the myth that you are a great multi-tasker because you’re a woman. Your performance will be better if you focus on one task at a time. 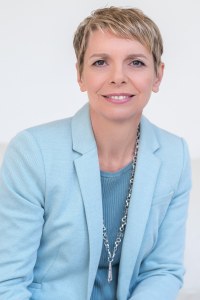 Jane Piper is author of Focus in the Age of Distraction, which is published by Panama Press and is available to order from Amazon.

Jane combines a strong background in psychology with 20 years of practical experience in HR and has a Masters in Industrial and Organisational Psychology. After 10 years working in businesses around the world, she embarked on an Executive MBA to gain better understanding of business. In 2008 she completed a MBA from Henley Management College. She used this knowledge to advance to senior positions in HR in international companies.

Jane’s consulting, training and coaching approach is a direct result of her psychology education, business background and practical, results-orientated attitude. Her experience in organisations across the world has given her a broad understanding of working with different cultures in international environments. She brings diverse experience from a range of sectors including airlines, engineering, education, management consulting and pharmaceuticals.

Jane is a Registered Psychologist and recognised as Member of International Society of Coaching Psychology. She has undertaken additional training in stress management coaching.

Three years ago she set up her own company, Pipsy, and consults to organisations on people management and coaches people on careers and stress management.