0
You have 0 items in your cart
Go To Shopping
Home > Career Development > Careers for women > Should women become doctors?

It sounds like a ridiculous question to ask in this day and age, and yet the role of women in medicine has been debated more and more in recent years.

Back in 1865, when Elizabeth Garrett Anderson became the first female physician and surgeon, women in medicine were unheard of. She had to fight tooth and nail to get her qualification. Nowadays in the UK, about half of medical school admissions are women. In the year to come, the number of women in medicine is set to overtake the number of men. And yet, inequality still blights the medical profession.

The most recent demonstration of this inequality forms a significant part of the bitter junior doctor contract dispute, as the new terms and conditions are predicted to adversely affect part time doctors, the majority of whom are women. The Department of Health itself acknowledged this when they controversially announced:

“While there are features of the new contract that impact disproportionately on women … we do not consider that this would amount to indirect discrimination as the impacts can be comfortably justified.”

Call me fastidious, but I don’t see how anything that disproportionately affects women can be ‘comfortably justified’. The issue continues to be a bone of contention in the lingering contract dispute.

It is not only remuneration that presents a challenge for female doctors. It is the attitude of the profession itself.

As a junior doctor, I often found myself in situations that were directly influenced by my gender. Sometimes they were trivial things, like patients always presuming that I was a nurse, and sometimes they were things that were more uncomfortable. Examples of this include male patients commenting on my physical appearance, or those late shifts when the chronic lack of staff parking had me walking back to my car alone through dark alleys.

My gender also featured in the careers advice I was given. I lost count of the number of people who recommended general practice to me because of the better work-life balance when I have children.

In 2014, a leading surgeon, Professor J. Meirion Thomas mentioned this problem in a piece he wrote for the Daily Mail about “why having so many women doctors is hurting the NHS”. While such a provocative title naturally invokes a sense of indignation within me, I have to be fair and say his arguments were well presented and in some ways they were justified.

He brought up the fact that women do tend towards less demanding medical specialities, such as general practice or psychiatry, leaving more intense areas like acute medicine and surgery to the dwindling pool of men.

The Professor’s main concerns revolved around the fact that it costs a lot of money to train a doctor, and with women taking career breaks to have children, he questioned whether the taxpayers were getting a return on their investment by turning schoolgirls into medics. And it’s not just the male medics who think this way – even Dame Carol Black, former President of the Royal College of Physicians, raised the same point in 2004.

I can understand that they are worried about the future of patient care – but personally, I feel the people who make these arguments are missing the most fundamental point…

Why is it the fault of women that the medical profession has failed to keep up with its changing demographic?

Every profession must evolve to keep up with the modern world. Such adaptations may include reflecting our increasingly diverse society by giving employees the chance to keep their own religious holiday instead of Christmas, or reflecting the changing population pyramid by giving over-50s the chance to bring their experience to the workplace, as supermarket chain Asda has begun to do.

So rather than lamenting medicine’s changing gender distribution, surely the productive thing to do would be to alter the way we practice Medicine to address the issues that women face?

My strongest objection to Professor Thomas’ article is his declaration that a GP’s salary is “quite sufficient for a woman doctor who is also a mother to be able to afford quality childcare at home.”

For one thing, by only mentioning GPs, he completely overlooks the fact that many junior doctors are mothers, and are most likely not receiving a high enough wage to afford childcare. For another, I find it utterly irresponsible for a doctor to recommend parental absence. Science itself is beginning to prove the harm caused by parental absence, and with studies suggesting that even child brain development can be affected by the lack of direct parental care. It is frankly ridiculous to insinuate that doctors should give their children a poorer quality of life than they would recommend to their patients.

One thing Professor Thomas and I do agree on is the concept that boys mature more slowly than girls, making it easier for female students of 17 to get into medical school than male students of the same age. If boys are indeed disadvantaged at this stage in their life, should we not address the shortage of post-grad medical school places in the UK?

It is also hugely old-fashioned and moreover, imprudent, to leave men out of the childcare discussion. In 2012, the Society for Personality and Social Psychology published a review of 36 studies which showed that a father’s love is just as important as a mother’s love in child development – and in some cases more important. For a sector that professes to be ‘evidence-based’, why does Medicine continue to overlook the lifestyle factors that could have a real psychological and social impact on generations to come?

You only have to look across the North Sea to Scandinavia to find a better way of doing things. I had dinner with a Norwegian friend last week, who works full time and is also a father. When his son was little, his workplace provided him with a crèche, barely ten minutes away from his office, allowing him to work and be a father at the same time. Children’s charity Barnados hails the Nordic childcare model as an inspiration for the social investment paradigm.[8] The UK is still in the dark ages.

In truth, the state of the NHS today makes it difficult for both men and women doctors to do their jobs properly. When I was practising, the list of things that negatively affected staff retention and motivation was staggeringly long. Therefore, to imply that its problems would be solved by changing the gender balance of the workforce is delusional. I think it’s amazing that junior doctors are finally waking up and demanding better working conditions.

Without this voice of change, the medical profession will remain stuck in its slow, outdated form, which really benefits no one, least of all patients. 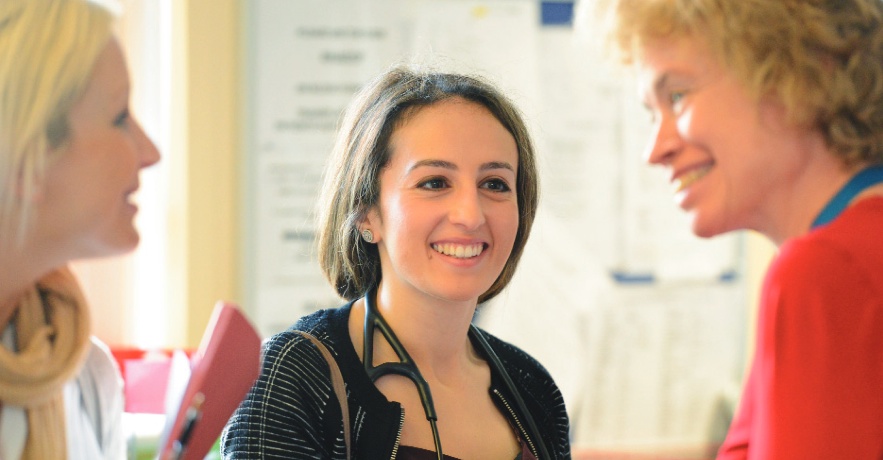