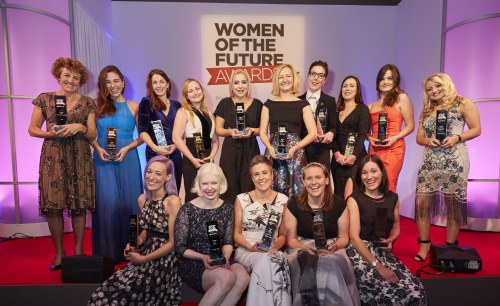 The Women of the Future Awards, in association with Aviva, announced the winners of the 2017 awards at a star-studded event in London.

The awards, now in their 12th year, celebrate the most innovative, determined and talented young women from every corner of the UK and in every field.

15 women were selected as category winners by a judging panel chaired by Sir John Peace, Chairman of Burberry and The Midlands Engine.

Cristina Gavrilovic, Anti-Slavery Partnership Coordinator, Essex and Kent Police also won the Community Spirits Award. Gavrilovic works in particular on victim identification, rescue and support. She has delivered a safehouse for victims; awareness training for over 7,000 frontline professionals; and has raised funds to support victims and bring offenders to justice.

Nominees included those working to make medical breakthroughs in skin rejuvenation in order to advance the treatment of burns victims; athletes with their eyes set on gold at the next Winter Olympics and sixth form students with their own companies formed and apps developed.

Alongside the winners, a number of high-profile names joined to celebrate the awards including Shadow Home Secretary Diane Abbott MP, Miriam Gonzalez Durantez and Jasmin Walia.

The Women of the Future Awards, founded by Pinky Lilani CBE DL in 2006, were conceived to provide a platform for the remarkable female talent in the UK.

The awards recognise the inspirational stars of tomorrow across diverse sectors. The awards counts HRH The Countess of Wessex as their Global Ambassador and Cherie Blair CBE as patron.

To find out more about the awards and view the full winners, click here.

0Shares
awardspinky lilaniwomen of the futurewomen of the future awards
Previous PostSarah Clarke becomes first female Black Rod in 650 yearsNext PostLucy Mecklenburgh on running a business, dealing with anxiety and why her mum is her biggest inspiration