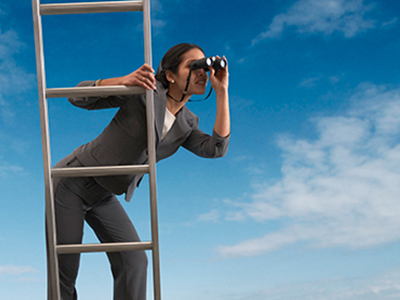 Women lose their interest and ambition in their careers as they age, according to a new study.

The study, conducted by leadership advisory firm, Egon Zehnder, found that globally the majority of women in the early stages of their careers aspire for executive leadership, but ambition drops at the senior level.

The Leaders & Daughters Global Survey looked across seven countries around the world, including the United Kingdom, China, Germany, US and India.

The research shows that 74 per cent of women at the junior and middle manager levels aspire to one day reach senior or executive leadership ranks within their organisations.

Despite this, in almost all countries, ambition wanes for women at the senior manager level and above, dropping from 72 per cent to 57 per cent.

The study highlights that the dwindling ambition is partly due to women feeling that promotions are increasingly challenging to obtain.

Of those surveyed, 49 per cent believe that it is more challenging for women to be promoted to senior management positions than it is for men in their company. This belief becomes stronger as respondents rise through management roles, increasing to more than 60 per cent of middle managers and above.

Women also see a greater need to overcome gender bias and stereotypes in the workplace. The study found that gender bias in the C-suite is felt most strongly in India, where 33 per cent of women identify the problem.

Speaking about the research, Rajeev Vasudeva, Chief Executive Officer at Egon Zehnder said, “We believe that diverse and inclusive leaders create a better world where organisations and economies not only grow, but thrive.”

“With our Leaders & Daughters events, we hope to find pragmatic solutions to support the professional ambitions of all women, everywhere.”