0
You have 0 items in your cart
Go To Shopping
Home > News > Current Affairs for Women > Women “are put in our place” when it comes to equality, says Judi Dench 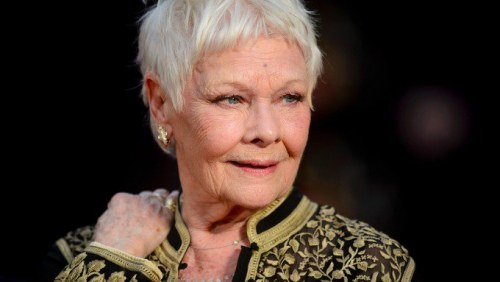 Actress Judi Dench has weighed in on the gender equality debate saying that women “are put in our place.”

The Oscar-winning actress, 82, has said that she believes the gender pay gap in Hollywood will never disappear, even if stars continue to speak out.

While she said that pay equality is “better now than it’s ever been,” she said women are still “put in our place” when it comes to being paid the same as male actors.

Speaking to Good Housekeeping, she said, “Salary, parts, you name it.”

“It’s better now than it’s ever been, I think, but it will never be on a parity.”

“No matter how much we speak out.”

That figure is nearly three times more than their female counterparts, who took home $172.5m (£134m) between them.

Stone, 28, admitted that these actors took a lower fee because they believed that it was the ‘fair’ thing to do.

Promoting her new film, Battle of the Sexes, she spoke about gender equality in an interview with OUT magazine. She said, “In my career so far, I’ve needed my male co-stars to take a pay cut so that I may have parity with them.”

Alison is the Digital Content Editor for WeAreTheCity. She has a BA Honours degree in Journalism and History from the University of Portsmouth. She has previously worked in the marketing sector and in a copywriting role. Alison’s other passions and hobbies include writing, blogging and travelling.
Previous PostPatty Jenkins responds to James Cameron calling Wonder Woman “a step backwards”Next Post“A women’s worth is being quantified by how they look” says Jennifer Aniston