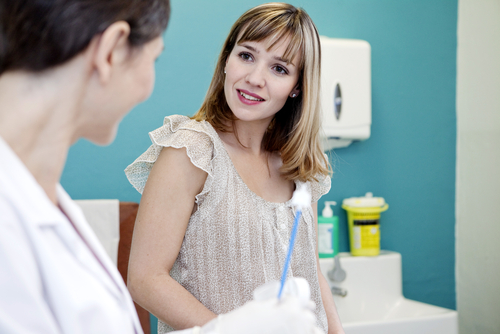 Women are waiting longer than the two-week target for their smear test results.

Data released by NHS England found that only 54 per cent of women are getting their cervical cancer screening results on time.

Delays are being blamed on the transition between screening processes, which is being moved from cytology to HPV testing.

The new testing is believed to be more effective in identifying abnormal cells, but the cytology labs are struggling to keep staff.

Jo’s Trust, the cervical cancer charity, have called the delays “concerning” and an added stress to those women waiting for results.

Robert Music, Chief Executive of Jo’s Cervical Cancer Trust said, “Waiting for the results of a smear test can be an anxious time for women therefore it is concerning to see that some women are waiting much longer than two weeks.”

“This may cause additional stress and potentially result in delays in treatment commencing for those needing it.”

“Smear tests provide the best protection against developing cervical cancer and we are working hard to increase attendance across the country, it is vital that our screening programme can manage this.”

“HPV primary screening has been shown to be a more effective test which will reduce cervical cancer diagnoses, however while the change from cytology to HPV testing as the primary screening method will inevitably mean changes to the workforce, we must not let this impact turnaround times for tests or let the situation get worse.”

“Cervical screening prevents around 75 per cent of cervical cancers from developing and we must ensure that more women continue to understand the benefits of screening and take up their invitation when they receive it.”

A spokesperson for NHS England said, “A way of analysing tests which will identify more women who are at risk and save more lives is being introduced.”

“However, the transition is impacting on turnaround times as the new system is implemented.”

“This will be completed in 2019 and in the meantime NHS England is working with hospitals to increase capacity and cut backlogs.”

Alison is the Digital Content Editor for WeAreTheCity. She has a BA Honours degree in Journalism and History from the University of Portsmouth. She has previously worked in the marketing sector and in a copywriting role. Alison’s other passions and hobbies include writing, blogging and travelling.
Previous PostOver 40 female BBC employees sign a letter demanding equal payNext PostFemale artist turns stretch marks into works of art

Alison SimpsonFeaturing on WATC, Get involved, Health and Fitness