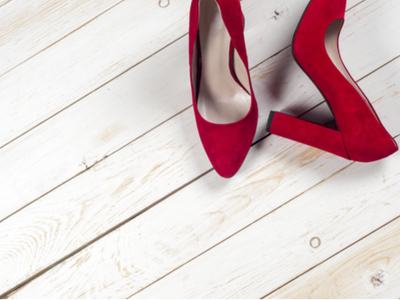 A study has revealed that 35 per cent of women cautioned on their appearance at work were described as a ‘distraction to male colleagues’.

30 per cent of female workers were reprimanded for wearing ‘revealing clothing’, whilst 35 per cent were told the length of their skirt could distract male colleagues.

In contrast, Metro revealed that just nine per cent of men had been cautioned for their appearance.

Women were also cautioned for wearing slogan t-shirts (18 per cent) and for ‘outfit flamboyance’ (15 per cent).

Over 30 per cent of those surveyed felt embarrassed by the complaints about their work attire, with others feeling angry or ‘singled out’.

Finally, almost three quarters of women changed their work attire after being cautioned but under 50 per cent of men did the same.

The research was conducted by VoucherCodesPro, who surveyed 2000 working women for the study.

George Charles, a spokesperson for VoucherCodesPro, said that ‘if a member of staff is breaking their work’s dress code or posing a health and safety risk from their appearance’, then cautioning them was acceptable.

However, he said that to tell women their work attire is a distraction to male colleagues was ‘outrageous’.

He explained: “It’s definitely interesting that women felt singled out, angry and embarrassed, and went on to make changes to their appearance so as not to be called out again, yet most men didn’t care too much about the warning they received and didn’t make changes anyway.“

“It’s definitely food for thought, but it can’t be one rule for one and another for someone else – be consistent.“

The survey follows a petition, released earlier in the year, which aimed to stop employers from making female workers wear heels as part of their work uniform. Whilst the petition as rejected, the Equalities Office said it would produce clear guidelines for employers in the future to avoid gender discrimination.