0
You have 0 items in your cart
Go To Shopping
Home > News > Current Affairs for Women > Women’s Equality Party Conference: “One woman’s suffrage must not be built on the sufferance of another” Gender equality and women’s rights was top of the agenda at the Women’s Equality Party Conference.

The three-day conference, which took place on Friday 25th – Sunday 27th November in Manchester, was the political party’s first conference and it played host to party members and high profile attendees.

During her leader speech, Sophie Walker, told delegates that, “One woman’s suffrage must not be built on the sufferance of another.”

She said, “The Suffragettes showed us what was possible when equality passed beyond the realm of advocacy into the sphere of politics.”

“They understood what few have since: that the movement needed to achieve equality is bigger than left or right, more colourful than red or blue.”

“But as we take inspiration from the continuity between their struggle and ours, we must push that struggle forward inside an even broader church.”

“One woman’s suffrage must not be built on the sufferance of another.”

“And never has this truth been in greater jeopardy. Never before have we needed so much courage and determination to keep it alive.”

“That equality is not, and never will be, a zero sum game.”

Speaking about motherhood and obtaining a work-life balance, Walker said, “Throughout my career, I fought for equal pay and a chance at the best assignments, competing with men whose families followed them around the world and playing down the enormous struggle I felt as a woman, a parent, a single parent.”

“Because in an inclusive Britain, motherhood is no barrier to employment.”

Throughout the conference, delegates were given the opportunity to discuss and approve the WE Constitution during a live debate; take part in breakout sessions around topics such as sexual harassment, trans awareness and feminist foreign policies; and the opportunity to browse a selection of exhibitors in the Marketplace.

Amongst the speakers were CEO of Virgin Money, Jayne-Anne Gadhia; TV personality, singer and actor, Sinitta; founder of Pregnant Then Screwed, Joeli Brearley; and professor of politics and gender at the University of Bristol, Sarah Childs. Entertainment came from a variety of comedy acts such as Sandi Toksvig and Yuriko Kotani, followed by music from former BBC 6 music DJ, Vic McGlynn. The conference also featured a cross party panel, featuring WE co-founder Catherine Mayer, Conservative MP Nicky Morgan, President of the Liberal Democrats, Sal Brinton and Green Party Deputy Leader, Amelia Womack. It was the first time that a political party has hosted senior members of other parties at their own conference.

The panel received a standing ovation with the hosts telling the audience that, “we have to seize this opportunity to come together.”

The Women’s Equality Party is a collaborative force in British politics uniting people of all genders, diverse ages, backgrounds, ethnicities, beliefs and experiences in the hope of seeing women enjoy the same rights and opportunities as men.

Concluding her speech, Walker stated, “Sixteen months ago, we sowed the seeds for equality.”

“And today, as I looked around this room, I can just see the shoots are starting to appear.”

“But today, as I look at all of you in this room, it’s clear to me where the real change is growing.”

“So let’s nourish it – and each other – and see opportunity and equality blossom.” 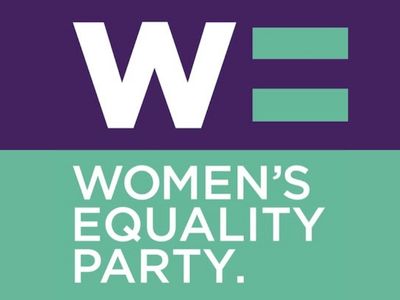