0
You have 0 items in your cart
Go To Shopping
Home > Featuring on WATC > ‘Work hard and the sky is the limit’ | Meet Edit Laszlo, the woman trying to pay it forward with your help “How do I leverage my experience and seniority to enable the younger generations and make it easier for them?” asks Edit Laszlo.

Having navigated her way from her Hungarian homeland to a successful career in one of Britain’s leading banks, Laszlo is passionate about helping others where she herself struggled. She holds a strong sense of social responsibility and is a woman on a mission to change to world, one way or another. Her latest plan to help pay it forward is through education.

From her humble roots in Hungary, Laszlo saw ‘education as a way out’ and has now been offered an MBA place at the prestigious Said Business School at Oxford University.

She said, “I never thought I could make it into Oxford. I thought this must be a sign. I have to give it a go but unfortunately I wasn’t accepted for a scholarship. But I thought I can’t let this slip away without trying to fund it.”

So the idea of crowd-funding her degree came about. Through the encouragement of her mentor, Melanie Seymour, Managing Director at Blackrock, Laszlo is hoping to raise a seventh of the £70,000 cost for the two-year course, through her Go Fund Me page.

“I’m a big advocate of mentors.”

Laszlo is a great advocate of mentoring and claims that she ‘would not be here without my mentors along the way. I progressed much faster in terms of experience and seniority, than I would have without them.”

She has also become a mentor herself, providing her guidance and advice to young students and professionals. She continues, “We need more mentoring programmes. Juniors are not confident enough to just go and ask someone.”

“I’m hoping that people will feel inspired by me and my story.”

Laszlo’s path in life has been anything but easy. Growing up in the former Communist state of Hungary and losing her father at the age of 16, Laszlo found that she had to ‘toughen up’. She turned to education and gained a degree in Economics but became disillusioned saying, “regardless of how talented you are, it doesn’t matter. It’s who you know in Hungary.”

She travelled to the UK nearly ten years ago and having completed a Masters at King’s College, London, embarked on her varied career, starting in catering and arriving in banking. She has since been selected as one of the ‘Ones to Watch – Rising stars of the City’ by Brummell Magazine and in 2014, she was shortlisted for the Women in Banking & Finance Young Professional Award.

Aside from her career, Laszlo is eager to help people less fortunate, both here in the UK and in Hungary. She believes that her MBA will arm her with the knowledge, tools, frameworks and networks she needs to be able to change the corporate world into a better place.

“I want to share my knowledge with other people and while I am involved externally as a school governor amongst other things, I want to help disadvantaged people both here and back in Hungary. So I see this MBA as not just a good opportunity for me, but also a chance to get to those people who need help.”

To find out more about Edit’s fundraising and to help click here or you can connect with her via Twitter.

Alison is the Digital Content Editor for WeAreTheCity. She has a BA Honours degree in Journalism and History from the University of Portsmouth. She has previously worked in the marketing sector and in a copywriting role. Alison’s other passions and hobbies include writing, blogging and travelling.
Previous PostMercer | When Women Thrive 2016 reportNext Post10/02/2016: Cass MBA Information Session 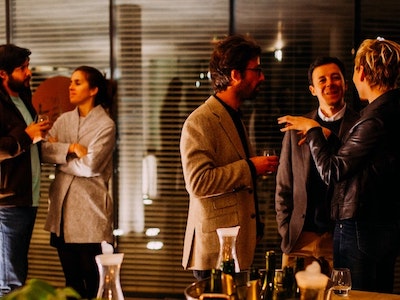