0
You have 0 items in your cart
Go To Shopping
Home > Career Development > Flexible working > Work-life balance is key: Tips for success

The term ‘work-life balance’ gets thrown around a lot, and is often seen as the holy grail for women everywhere. 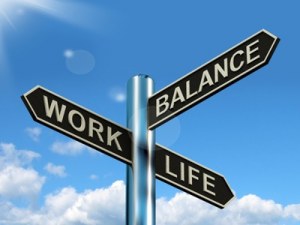 However, it is hard to achieve true balance as the scales often tip one way or the other and often without warning.

There are some things you can control though and that you do have power over. It’s important that you’re not missing out or neglecting other aspects of your life due to long working hours. As a recent report from the Mental Health Foundation said, it’s time ‘to work smart, not long’; and what we sometimes forget, is that the way we behave, often trickles down and sets a precedent to your team as well.

The below tips offer a few ways we think can help (when the scales allow of course), you and your team:

You, probably suffer the same anxiety as your team does – ‘I must be seen in the office’, ‘I must work through my lunch break’… stop. If you do it as the boss, chances are, your colleagues will think and do this too.

If you want to be a strong leader that promotes good work-life balance, you have to lead by example. There are always going to be times when you have to work late, but if you don’t need to, leave on time and make sure your team do the same.

First and foremost recognise what’s truly important to you, and set up your day to allow for it. If you can build your day around that gym class, cocktail with a friend, or children’s bedtimes, then do. If you need to be home by 6pm, don’t put a meeting in at 5pm. By protecting what’s important, not only are you shifting your priorities, you’re showing your team they can do the same.

Don’t check your emails on holiday…

It sounds ridiculously simple but sometimes it feels impossible not to have a quick look at your emails when you’re out of the office. However, unless there is an emergency, you are not needed. In fact, sometimes wading in half way through a conversation can be detrimental. It’s easy to miss certain correspondence, or not know there has been a phone call in between – and by not having all the facts, your involvement can actually set the team back.

Aside from that, your brain needs to switch off. If you have your head in your iPhone, the chances are that’s not happening. If you don’t take real time out, you’ll come back more frazzled and anxious than before you went away.

The solution? Give a number to your team and say “text or call this number if there’s an emergency”. The reality is, there are very few real emergencies, and most issues can be solved quickly without you – it’s either not that important or it can wait. But this holiday 999 not only gives you peace of mind, it’s a little check for you team too: ‘can I solve this on my own, or do I really need some help?

You have spent a lot of time hiring the right team for you and your business and you hired them because you felt (hopefully) that they are talented and trustworthy enough to do the job in hand. If that’s the case, empower them to be autonomous while you’re not there. That doesn’t mean that they don’t need your help or don’t report into you, but it means that you have given them the space and support to take charge of what they’re doing when you’re not in. Trust them and give them ownership of their work, and you will feel confident that they can cope when you’re not in the office. I often say to my team ‘Its fine, keep moving without me’.

The solution to work life balance is that sometimes, there is no work life balance. Sometimes you’ll have to work late, sometimes you’ll have to come in early. But as long as we do our best to get it right most of the time then you’re healthily balancing work and life, your team will confidently do the same, and everyone will be in a much better (and saner) place all round. 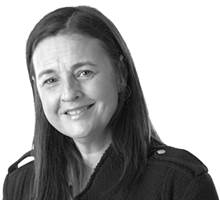 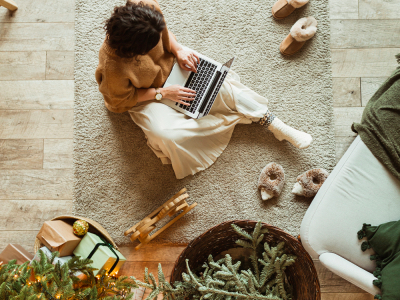