A leaked BBC email, which revealed strict requirements about the appearance of its newsreaders, has yet again highlighted the topic of potentially discriminatory dress codes in the workplace.

The email set out criteria for men and women and amongst other things, advised against long hair for women and that women wear knee length skirts.

Many will recall the ‘high heels row’ that ensued when Nicola Thorp was sent home for refusing to wear heels. Ms Thorp started a petition aimed at bringing an end to employers forcing women to wear heels. The petition gained over 150,000 signatures and garnered much media attention. It brought the issue of discriminatory dress codes to the fore and led to some interesting debates.

As a result, the issue was jointly investigated by the Petitions Committee and Women and Equalities Committee and a report (the Report) was published in January 2017. MPs declared that they were shocked by what they had learnt. Their investigation indicated that discriminatory dress codes were widespread and that the existing law was not effective in protecting women. Women reported being forced to dye their hair blonde, wear revealing outfits and constantly reapply make-up.

The Report set out a number of useful recommendations, including that the government should review the law and that there should be more effective remedies against employers who breached the law.

Whilst the government stated its commitment to take the issue seriously, its response was disappointing. Essentially, it regards the existing legislation as “adequate” and has no intention to introduce additional legislative protection. Instead, favouring an approach of raising awareness. It has confirmed that the Government Equalities Office (GEO) will be producing guidance on dress codes in the workplace. The GEO will work closely with Acas, the Equality and Human Rights Commission and the Health and Safety Executive to explore options for raising further awareness of this issue. We are yet to see how effective this guidance will be. It is due to be published at the end of this year.

It seems to me that the government has missed a useful opportunity to address discrimination in the workplace.

Dress codes are fairly common. There are a number of reasons why companies have such codes, these include, health and safety and projecting/protecting a brand image, the problem is that it’s not always obvious to employers or employees when a dress code might be discriminatory – this is one of the reasons why so few legal challenges are brought on this issue.

The lack of case law in this area means that there is limited guidance on whether and when a dress code might constitute sex discrimination. In the case of Smith v Safeway plc (The Times Law Report 5th March,1996) the dress code operated by Safeway imposed different requirements on men and women. However, the Court of Appeal decided that because the overall effect was broadly the same – in that both men and women’s dress codes required conventionality in appearance, the dress code was lawful.

This suggests that as long as there is consistency of approach towards appearances for all staff, dress codes are unlikely to be discriminatory. This leave the matter open to much interpretation, as what amounts to ‘conventionality in appearance’ for either gender is highly subjective. After all, some establishments still consider it unconventional for women to wear trousers. In view of this it’s advisable that companies regularly review their dress codes.

Often dress codes will apply to all employees, regardless of gender. In order to bring a claims for sex discrimination, a woman would have to show that the imposition of the dress code meant the she was treated less favourably on grounds of her sex. However, not every difference of treatment will constitute “less favourable treatment”. The law could be clearer on what exactly amounts to less favourable treatment. This lack of clarity means that many women are deterred from bringing claims and increasingly so since the introduction of fees for submitting employment tribunal claims. A useful opportunity has been missed to clarify the law in this respect.

Unfortunately, there are also many employers who are prepared to flout the law, relying on the fact that most people will not complain. In any event awards made by employment tribunals are not particularly generous and certainly do not serve as a deterrent. The Reports recommendation of increasing financial penalties against offending employers could have gone someway to forcing companies to review their policies and try and ensure they do not discriminate. Sadly, the government has rejected this recommendation.

Absent any legislative change, it seem that it will be left to people like Ms Thorp to take action, it’s likely that this will be mainly through ‘naming and shaming’ via social media. In the meantime, it’s likely that stereotypical views of what women ought to look like will continue to be perpetuated. 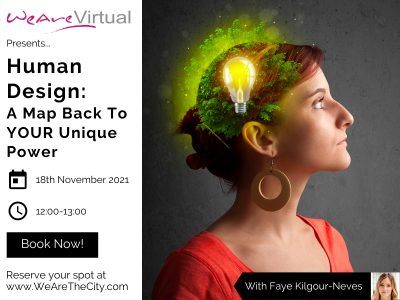