0
You have 0 items in your cart
Go To Shopping
Home > Featuring on WATC > WOW Festival 2017: The Great Imposter | ‘Never let your gender be your barrier’

WeAreTheCity’s Vanessa Vallely, along with an inspiring group of panelists, discussed Imposter syndrome at this year’s Women of the World festival.

The packed out session, taking place in the Royal Festival Hall, began with each panelist introducing themselves and explaining how feeling like an imposter has affected their lives and careers. Vanessa Vallely, founder of WeAreTheCity, described how coming into the world of Investment banking from Hackney, with no college education gave her a chip on her shoulder and her confidence suffered as a result of feeling unworthy of the role. She described having to ‘check into my brain and continue to say, you’re here because you have something to contribute. You do add value’.

The women detailed having similar experiences of feeling like a fraud in male dominated industries, and consistently questioning their own abilities in work and at home.

The audience questions provided space to share their own insecurities and gave the panelists an opportunity to provide words of encouragement. Jess Phillips brilliantly answered a question about how to stop male colleagues from dominating conversation:

“Quite simply; speak up about it. Tell them it’s your turn to talk. Speak up, stand out and take back control.”

The conversation directed to a unanimous agreement from the panel that building a network and having allies in your career is imperative to confidence in yourself. Jess encouraged the audience to promote each other, with Shona Baijal concurring that to ‘tell people they’re brilliant, will squash both their imposter syndrome and your own by sharing confidence’. Mulberry prefect Afsana Abedin reiterated that with support, women can do anything.

Vanessa responded to a question from the audience about how to tackle not feeling as intelligent as co-workers.

“You need to harbour your self-belief. It’s OK to be open about your insecurities, and I applaud you for speaking out to us about that. But now you need to know your own value. You’re there in that role for a reason, and who knows, maybe your colleagues are envious of some of your skills! You’re the true judge of your own capabilities and what you can do. You need to know what you’re capable of.”

When discussing motherhood, Labour MP Jess Phillips questioned why women feel that being a mother is all they can achieve.

“We need to stop limiting ourselves to just having a good job and a child. That’s described as being ‘Wonder Woman’, but it’s not. We can do so much more.”

Finally, Positive Discrimination came under questioning from the audience, with differing opinions from the panel on it’s benefits. Jess Phillips surmised that in parliament, positive discrimination is the only way to make sure that it becomes diverse. Vanessa Vallely commented on how despite occasionally being the ‘token female’ on a panel of men, just being there to represent is more important than having no representation at all.

Jess Phillips ended the session with words of encouragement:

“Feel the fear and do it anyway!” 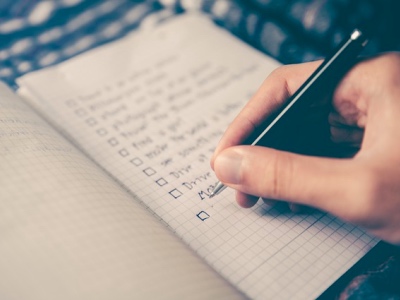 The Right Amount of Challenge 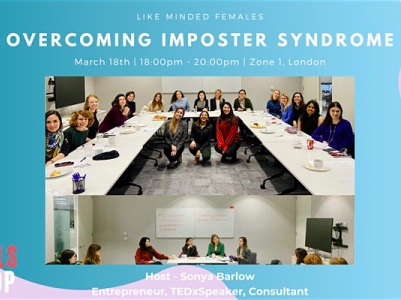 18/03/20: Online Workshop: How to Overcome Imposter Syndrome | Like Minded Females

How to overcome imposter syndrome early on in your career