0
You have 0 items in your cart
Go To Shopping
Home > Featuring on WATC > Yachtswoman, trekker, dog-sledger & Mum Rona Cant: Having the right attitude to achieve your goals

From stay-at-home Mum to business owner to single Mum to round-the-world yachtswoman, adventurer, author and keynote speaker, Rona Cant’s career has taken her to places unimaginable to many. orld, trekked with bears and cougars and taken part in a Norwegian dog-sled trail never attempted before Rona is well qualified in her current role of coaching professionals to come out of their comfort zones and never give up.

Speaking to WeAreTheCity Rona explained where her attitude to life came from: “My life evolved in a serendipity process. We lived with my grandparents, but my grandpa died and my parents and I had to find somewhere else to leave. We didn’t have the money to buy a house in the area we wanted, so instead we bought some land and my father designed and built a house in his evenings and weekends.

“He made me realise that anything is possible. We sold that house and my father built a second one on a hill. My mother noted that it was dangerous for us children as there was a three foot drop in the garden, so we needed to lower the house by three feet and that’s what my father did.”

Rona said her father taught her to always look at things differently: “He also taught me to lay bricks and mix cement. My sister was eight and I was five. If you show a child what to do they do it, they don’t know how they can’t.”

“My father used to say ‘You should never leave this world with any I wish I’ds.’”

Rona married and had two children but later divorced and moved from London to Oxford where her journey was just getting started. During this time she decided to study for a degree in English Literature and Geography.

In 2000 Rona was a crew member on the yacht ‘Save the Children’ in the BT Global Challenge Round the World Yacht Race. The race is made up of 12 identical 72 foot yachts and 12 identical amateur crews (the skipper is a professional) sailing the wrong way around the world against prevailing winds and currents. So it’s a “level playing field” teams have identical yachts and equal crew members. Winning or losing is determined by the teamwork of the crew.  The race takes 10 months and covers 32,000 miles.

“I felt I was in a rut and someone suggested I take up sailing as it was good fun. At the end of a week long course I didn’t want to go back to port so the skipper suggested that I do the BT Global Challenge Round the World Yacht Race.  At the time I was working, studying for a degree in Geography and English Literature as well as bringing up two teenagers,” said Rona.

Rona joined 5,000 people applying for the race having only done a total of one month’s sailing and passed the interview process Only 180 places are available. She then under went six years of training.

Her job on deck was to run the ‘snake pit’ and was one of two sail makers. She also contributed to the Ocean Challenge, which produces an educational programme for American schools, and she kept log of wildlife and weather conditions.

However, during the BT Global Challenge Round the World Yacht Race 2000 one of the other yachts crashed into their yacht at the start of the Wellington to Sydney leg, and put a hole in it nearly killing their skipper as he held his ground. Since the other yacht was in the wrong Rona’s crew could continue but unfortunately missed racing that leg. As a result they finished the race but were not placed.

She added: “Life is not fair. Yacht Race 2000 we had some problems on the yacht and to resolve it we put a mastermind group around the skipper. We had to be really strong as the accident took the whole race away from us.”

Rona said she felt “cheated” to have not completed the leg and decided to return four years later in 2004 to sail the leg from Wellington to Sydney which her yacht wasn’t able to sail in 2000 due to the crash. Rona later wrote her first book based on the race called ‘A Challenge Too Far?’

“One of the leggers on our yacht during the BT Global Challenge invited me to join her and her sister to trek the West Coast Trailon Vancouver Island, which is one of the ten toughest trails in the world.”

She explained: “The others had been training for the trail since January but I did not arrive back from the BT Global Challenge until the end of June! The trail crosses three Indian reservations and can include encounters with black bears and cougars.”

“I flew out to join them three days after I arrived home from the BT Global Challenge. I had been on a yacht for 10 months so whilst my upper body strength was good my legs hadn’t had far to walk when we were racing. On the penultimate day of the trail my leg gave out. The other girls emptied their backpacks out, so I had everything they didn’t need and the Warden came and got me the next day. Whilst I was sitting on the beach, eating breakfast and waiting for the Warden, inside a nearby bush was a cougar growling at me. Luckily the Wardens got me in good time though.”

The trail goes from the West Coast Trail from Bamfield to Port Renfrew on the Pacific coast of Vancouver Island. Because one of Rona’s party had dropped out the three remaining ladies, including Rona, had to carry 50lb packs on their backs.

Charity Challenge for CancerResearchUK and the Nordkapp Expedition

Rona continued: “When I returned from the trail I started to write my first book about the BT Global Challenge.  Once that was accomplished I was at a loose end and bumped into a friend who was doing a challenge for Cancer Research and suggested I join. It was dog sledging in Lapland. I raised the money needed and went. “After the five day challenge a lot of the people wanted to do something harder and longer. However, I got off the sled saying ‘Done that, been there, never again!’ That evening I sat next to Per Thore, an ex-military Paratrooper who had been our guide on the trail and I asked him what he would really like to do.  He told me about a trail that the experienced mushers of Norway thought was impossible but he felt it could be done and I heard myself saying ‘Well, if you are going to do it let me know because I might be interested!’

“He did call me and said ’The Nordkapp expedition is on. I’ll organise everything over here – you get the people.’  However, the Charity Challenge Sledders all thought this expedition was too much for them and did not join us.”

In 2004 Rona, the Norwegian dog racer and a South African mountaineer set off with 26 dogs on a 600 kilometres journey to Nordkapp, the northernmost tip of Norway. Taking place in the Haalti Mountains the trail had never been done before.

Rona now works with businesses around the world to overcome challenges and empower staff with the right attitudes to succeed.

She runs workshops and gives keynotes on what works and does not work in leadership and teamwork and how to overcome obstacles and challenges by thinking differently.

She said: “I speak to all sorts – MBA students, CEOs, nurses and schools about how to achieve your goals. We are capable of so much more than we think. I’m no spring chicken and I’ve lived a very full life, but you’re never too old to do something. It makes you younger and gives you a goal. We get too old too quickly nowadays. I think if I can do that, what else can I do. It’s better to die doing something than nothing so I will never close the book on the adventurer part of my life.”

“I have two grandchildren now and another one on the way. I now write books for my granddaughter. Writing is my passion.” 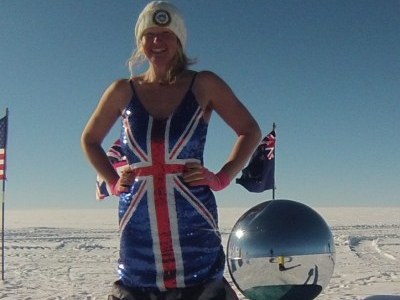 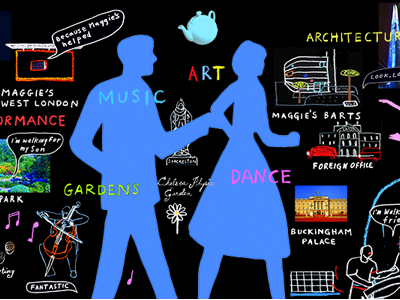 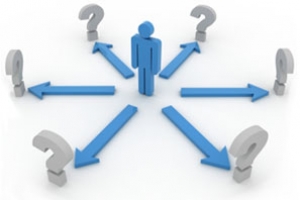 Five Strategies to Achieve Your Goals