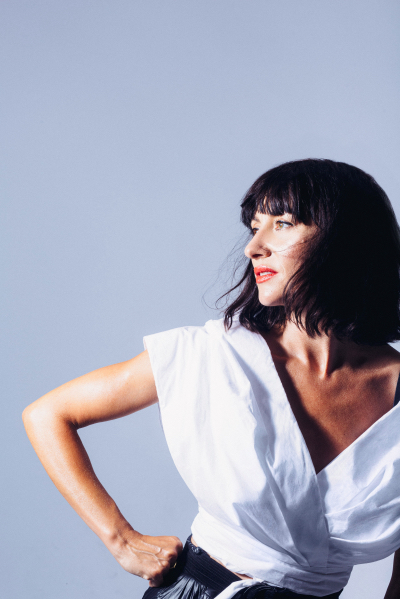 Anna Phoebe is a violinist and composer on cross-genre collaborative projects, working across science, space, poetry, dance, film and art.

Anna Phoebe has toured the world, both as a solo artist and with multi-platinum selling bands including Roxy Music, Trans-Siberian Orchestra and Jethro Tull.  She has performed as solo violinist on top international stages and festivals including US arenas, Royal Albert Hall, Royal Festival Hall, Glastonbury, Fuji Rock Festival and Montreux Jazz Festival, and supported Bob Dylan at the Rock Legends Festival in Poland.  In 2015 she performed to 350,000 people at the Notte della Taranta Festival with Phil Manzanera, Paul Simonon and Tony Allen in Puglia, Italy.

Between Worlds  is a long term project using music to explore science, space, art and poetry.

It began in 2018 with a 40 minute work for choir, solo violin, string ensemble, synthesiser and percussion, written in response to spectacular visual imagery provided by research at the School of BioSciences, University of Kent.  The ensemble piece also incorporated electronic soundscapes created from field recordings from the laboratories. The research is funded by Cancer Research UK and Between Worlds has received funding from PRS Foundation.

In 2019 Anna expanded Between Worlds by collaborating with the European Space Agency to compose music to archive footage using a combination of original sounds and field recordings. After visiting the European Space Agency’s test facilities in the Netherlands (ESTEC), Anna will took part in Space Rocks at London’s O2, alongside astronaut Tim Peake and rock band Anathema.  The event went on to win an educatin and outreach award from the British Interplanetary Society, where Anna performed her piece No Planet B.

Anna works as composer for the Royal Ballet School and has created music for several projects with the students.  She co-wrote the music for WWF Climate Disaster advert, as well as scoring films including Ethel (Miriam Margolyes), Belittled (Kiran Sonia Sawar) and animated film Harriet and The Matches (Cillian Murphy and Bernice Stegers).

Anna won the award for Best Composer for her Belittled score for the 2019 BAFTA-eligible Underwire film festival in London. She was previously nominated for her score for Harriet and The Matches. Anna has collaborated with artist Nicola Durvasula, scoring  film was premiered at the Rietburg Museum in Zurich. She is currently scoring soundscapes set to ‘England Poems from a School’  – poetry written by refugee children based in the UK, narrated by Andy Serkis and Lorraine Ashbourne.

I’m half German, quarter Greek, quarter Irish. I was born in Hamburg and came to the UK aged 5. I’m a violinist and composer and for the past 20 years I’ve been touring an recording as a solo violinist for bands such as Roxy Music, Jethro Tull, multi-platinum selling Trans-Siberian Orchestra.  I’ve worked as composer for Royal Ballet School, and written music for short films (won best composer 2019 Underwire Festival). My duo AVAWAVES is signed to One Little Independent Records and we’re currently working on our second album.  I love interesting collaborations and am currently working with the European Space Agency,  responding to climate crisis data; ongoing collaboration with author/poet/activist Salena Godden, composing music for her poems; I present a bi-weekly show on Soho radio ‘Between Sea & Sky’; working on a project with young poets from migrant and refugee backgrounds; and I write/record/tour with Nitin Sawhney.

No – I wanted to be a politician. I studied Social Policy & Government at the London School of Economics – during the day I was studying, and was elected as Women’s officer and Environmental Office for the university, but I spent my evenings at music venues and open mic nights or hosting music events and playing with bands. It was a huge privilege to go to university in London, and I used those three years to immerse myself in the London music scene. While doing work experience at Westminster I was also touring with a goth/punk band – that was a lot of fun. I knew then that I would rather pursue a career in music. After graduating I just threw myself into it – doing recording sessions in London, playing with DJs in clubs around the Middle East, and then I got an audition for Trans-Siberian Orchestra in the USA. Everything evolved from that point.

‘Facing challenges’ is such a relative concept –  in many fundamental ways I am extremely privileged – and I acknowledge that position and don’t take it for granted. Beyond that, yes – being freelance throws up constant challenges –  but the challenges I’ve faced have usually led to me being better at what I do, or have led me to take another path which has ultimately led to unexpected adventures. So in most ways I see challenges as an opportunity.  I work extremely hard and I’m very focussed on working with people whose values I admire and respect, and who push and challenge me creatively. On a personal level, balancing parenthood and a music career is a constant challenge but ultimately I think that the constant juggling between the two has made me better creatively, and also a better parent.

This is a difficult one to answer – I don’t see my life as a series of ‘achievements’. There have been lots of amazing individual and pinch-me moments, but ultimately I feel like I’ve learnt most from experiences when things didn’t go how I expected or wanted, or when people I respect have given me criticism. I think I learn most from those experiences, and they help me continue to develop and evolve – both personally and musically.

I don’t think there is ever just one thing – a career in music is dependent on so much more than just talent. And it depends on your definition of success. The things which make me happiest or have led to the most rewarding work depend mostly on curiosity, collaboration and hard work.

My mother used to always say that success is a single digit up to 10 based on your talent, and then you add the number of 0s dependent on how hard you work. So you could be a lazy talented 9 or a hardworking 700.  There’s probably some truth in that.

I just applied to be a mentor in the Ivors Academy mentorship scheme, but I myself haven’t ever had a specific mentor or mentee , but i’ve been lucky to work with people who are very generous with their time and their advice and knowledge, and I try and do the same.  I get emails from string players asking for advice, or contacts , or gear setup and i always am happy to share.  Or people who just want a coffee and a chat. I’ve been lucky to be on the receiving end of those chats –  I think surrounding yourself with people who are open and want to share is important –  and then passing it on yourself is a good way to live. Especially in a competitive industry it’s even more important to give support to each other. It builds a community and it’s good for the soul!

In the music industry there are so many freelancers, I feel that until there is better paid and joint statutory maternity/paternity care, women will always be expected to bear the brunt of the childcare.

As well as shared parental leave, flexibility in working hours, closing the pay gap and more women at the top of the food chain when it comes to industry execs would be good.  It’s no longer acceptable to walk into a panel talk and for there to be 6 white men on stage –  it’s so important to keep calling it out and support the people who are actively campaigning for gender equality. There are some incredible women leading the fight: Claire Singers and her work with EDGE Foundation (Certification for gender equality); Olga Fitzroy, a recording and mix engineer at AIR studios campaigns for shared parental leave and fair pay; and Vick Bain who compiled a report ‘Counting Music’ which highlights the discrepancies when it comes to Gender Equality in the music industry.

For many years, I was very insecure about about not going to music college and therefore not being a ‘proper’ violinist.  I wish I had been more confident and not spent so much energy on feeling anxious about not being ‘legitimate’. I now realise that most successful people I respect and admire all suffer from ‘imposter syndrome’ – so I would say to my younger self not to fear it – instead embrace it and use it as an opportunity to stay humble and keep learning.

Make the most of every opportunity. Be flexible in your approach – when something doesn’t work out, take stock, dust yourself off and move on.  When people give you critical advice, take it onboard and try and learn from it.  Don’t bear grudges, be easy to get along with, be humble, be kind, be punctual. Be open to learning and always deliver more than is expected.  I think these are life skills for any work environment.

Just to keep creating music I love with people who I love working with. I’m working with some brilliant women, including poet and activist Salena Godden and on the second AVAWAVES album with Aisling Brouwer. We’ve written almost half of the album, but working remotely during lockdown has been a challenge and I really miss being in the studio together to spark ideas – I’m really looking forward to flying to Berlin later this year to finish it together.

In terms of achievements in the future? Right now when everything feels so uncertain I feel like it’s about taking each week as it comes. If I can get through the summer holidays with the kids and they start back in school healthy and happy in September then that’s fine for now. 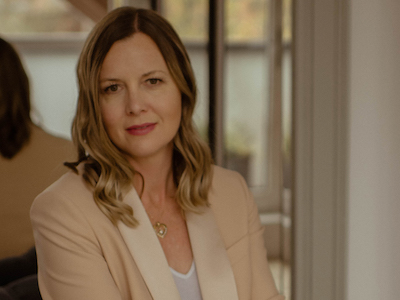 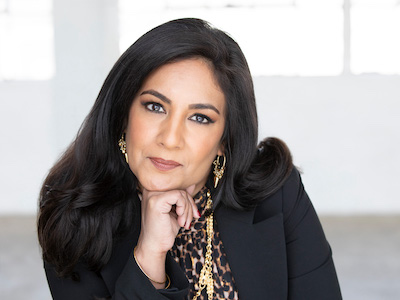