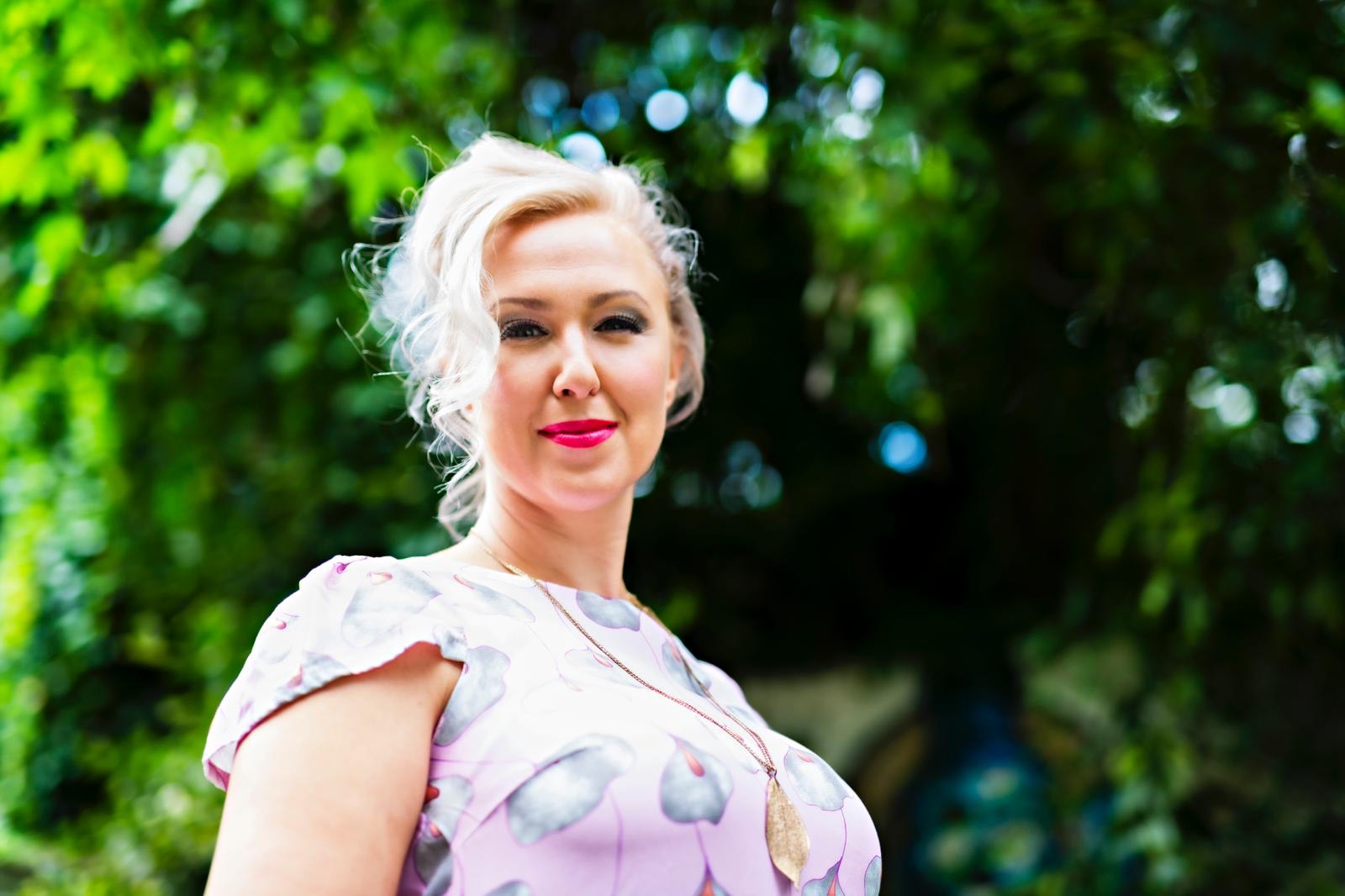 Antonia Harman is a renowned emotional trauma expert and healer. She is the founder of DivineEmpowerment.co.uk

Hi! My name is Antonia Harman, from Divine Empowerment. I grew up in Weybridge Surrey and went to Guildford High school. In my gap year I went to chef school for a few months then travelled. Then I decided that university wasn’t for me much to the dismay of my parents. My father went to Cambridge my mother to Oxford, they even met at the boat race.

I started working on reception at Freud Communications a PR firm. I was quickly promoted and ended up with 5 jobs simultaneously. TV was calling me, so I left there to pursue a career in front of the camera.

Now I’m a healer, or wizard as I like to call it. I have managed to awaken latent gifts within and can now instantly erase emotional trauma. The wizard part comes in with alchemy, changing the taste of wine, using energy and spoon bending amongst other things. I teach these and other magical skills.

I planned an entirely different career! I was working as a TV presenter, on low budget game shows building my way in the industry. I also had an agency of club acts, dancers and tequila girls. I stumbled on healing.  This was 13 years ago when even the word ‘Chakra’ was fringe. I did an ad hoc healing on my best friend which changed my life forever.

My best friend Lucie had ruptured her ear drum 5 times, the pain was excruciating several times a week. She was an air stewardess and unable to fly much of the time in-case her ears were bad. A burst eardrum in the air could be very serious, they would have to land the plane if it got anywhere close to that. To give you an example of the pain. She was in NYC and the agony hit, she rushed downstairs in the depts of winter in just her PJ’s a coat and trainers. She stormed into a drug store and was necking Tylenol, in the isle with no drink, just gobbling a tub of tablets.

Any-hoo she went to her GP and was referred to a specialist then a surgeon. They didn’t really know what the issue was but were willing to open her up, have a look and do their best. There was a 50% success rate, and the operation was four and a half grand. That is a huge amount of money for a maybe but what could she do?

I did a 5 day healing class, and was walking through Notting Hill with Lucie when the torture struck. She felt like she was being stabbed in the head. Lucie fell to her knees and was screaming in agony. She begged me to help, to fix her ear. Well that sounded absurd, preposterous even.

“Fix my ear, fix my ear, you are a healer now, just help me, just try, please try!” she wailed. I had never heard anything so ridiculous, ludicrous she had surgery booked, what the Dickens could I do?

I took her to the Electric, on Westbourne Grove as the loos there are relatively quiet and put my hands on her ears.

What happened next will stay with me forever it was just so weird and profound. I started channelling energy and wriggly head popped out of her ear. I can only describe it as a snake. It was energetic, I could just make it out. It looked like heat waves.

I channelled and tugged at this beast as Lucie howled, begging me to “get it out”. Her suffering unbearable. To my astonishment it kept on coming, I was feeding it out like a piece of rope. It was a foot to a foot and a half long. I dropped it on the floor and there it squirmed and thrashed. I instinctively threw some energy, at it not knowing what I was doing and it vanished.

She asked me to do the other side, which I did and a smaller energetic parasite came out, wriggling all the way. I again launched an energy ball at it and it vanished. That was in 2007. She has never had earache since, she cancelled the surgery.

That was my eureka moment, the moment I decided that medicine is missing a trick that there is more out there, that miracles really do happen. I doubt very much that the surgeons would have been able to help her?

I think about how her life would have been for the last 13 years if I hadn’t been there to help her? She had been suffering an unimaginable amount with little hope of resolution. It happened 2-3 times a week and was becoming more severe and more regular. That could have crippled her life? She has since had 2 children and said it was far worse than child birth. I shudder to think what would have happened if she had been driving when an attack struck? That sort of pain, the regularity and not knowing when it will happen is enough to drive anyone to the brink of madness, or worse. Who knows what would have happened?

I believe that each and every one of us is far cooler than we currently know or understand. We are only using a fraction of our brains, let alone energy systems which are largely inactive. There are so many abilities that are locked away that we have no idea about. I take this one step further I actually think we are Gods and Goddesses who forgot our greatness.

I have spent the last 13 years awakening my latent abilities, that hasn’t been easy. I have managed to remove blocks and awaken my system through trance work. I wake up doo-lally. Somewhere else, no energy and only basic cognitive abilities. Tired to my bones, unable to really leave my bed for weeks or even months on end. Having to shimmy down the stairs on my butt and crawl to the kitchen to get a cuppa and collapsing whilst the kettle boils.

It would be easy to pass this off as a tired illness such as Chronic Fatigue but mine was somewhat optional. If it was my mother’s birthday for example I would wake up clear headed and full of beans, a luxury the poorly don’t have.

This went on in varying degrees of severity for years. I still have it now to some degree but I am energetically quite fit so can handle it better.

As you can imagine this made it virtually impossible to be in a relationship, I was a gym bunny and dancer before so my fitness took a hit. Friendships were also pretty tough to maintain. I was able to work here and there, which just about kept my head above water financially.

That is a tricky one as I have been a part of numerous miracles. I worked on a lady a few weeks ago with fibromyalgia we cleared the associated emotions, at the end of the hour she was pain free. That was pretty cool. I am tip-toing into physical illness, they are harder to resolve than emotional ones.

In my level 2 class a few weeks ago, we had some mind-blowing things happen. I am pretty used to my own results, seeing students achieve is really heart-warming I love unlocking their abilities and watching them shine.

Let me talk you through it, on day 2 of level 2 I asked the students to work on any aches and pains they may have. Becky felt like she had encyclopaedias on her shoulders, really weighed down, that went. Karen had neck and shoulder issues which woke her every night, that left. Ebti had a few accidents as a child and has suffered from neck and lower back pain since, she felt a pop in each and the pain vanished. Maria had a rod put in her spine as a teenager as she had severe scoliosis. She has had a stiff and painful neck and shoulders since then. The pain disappeared and her mobility increased exponentially. She was stretching her neck around in utter disbelief.

Probably the most astounding healing in that class was Martin who suffered from depression. He was diagnosed over 30 years ago and has been to various medical professionals as well as on and off medication. I constantly experiment in class, pushing boundaries. I asked the students to work on Martins depression. After 5 minutes his emptiness was gone and his mood was improving, at the end of the day I asked for an update. He said he felt cheerful. The last time he had felt cheerful was 5 months prior when he had a few beers. He couldn’t remember the last time he felt happy without booze. I checked on him yesterday so just over a fortnight after class. He wakes up every day bemused as the depression simply isn’t there. No more emptiness or sadness, it’s gone.

The impact on their day to day life’s is just incredible. Imagine suffering with any one of those issues for years or even most of your life and that pain to just dissipate in minutes or even seconds. Their achievements are probably my greatest achievement. My company is called Divine Empowerment as I want to help empower their divine gifts and watch from the side lines. I can’t tell you how nourishing that is for my soul.

That was a fun class!

If you want to hear about that in their own words please follow this link.

A relentless, uncompromising believe that siddhis or spiritual superpowers are totally normal. My eye on the prise. Always keep your eye on the prise even if others don’t understand it.

I mentor my students. After each class I set up Whatsapp groups. Then they can ask questions and get advice from me. My motivation is to build a global tribe of healers who can really help in a fun and fundamental way. We are here to support each other.

The fact that there is a pay gap baffles me. Surely you are paying for expertise not gender? What the heck does gender have to do with excellence? I think that should be dropped immediately.

Keep on truckin’ tenacity is your friend. You will get there in the end!

I have a seemingly ludicrously lofty ambition. I know in my soul that instant healing of dis-ease is normal and I work every day to make that dream a reality. 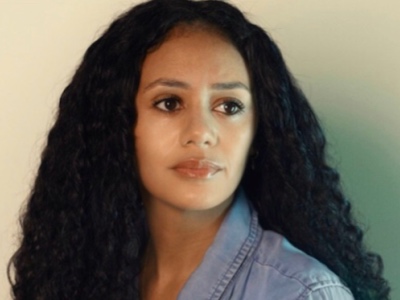 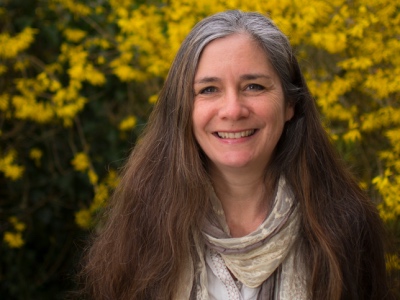