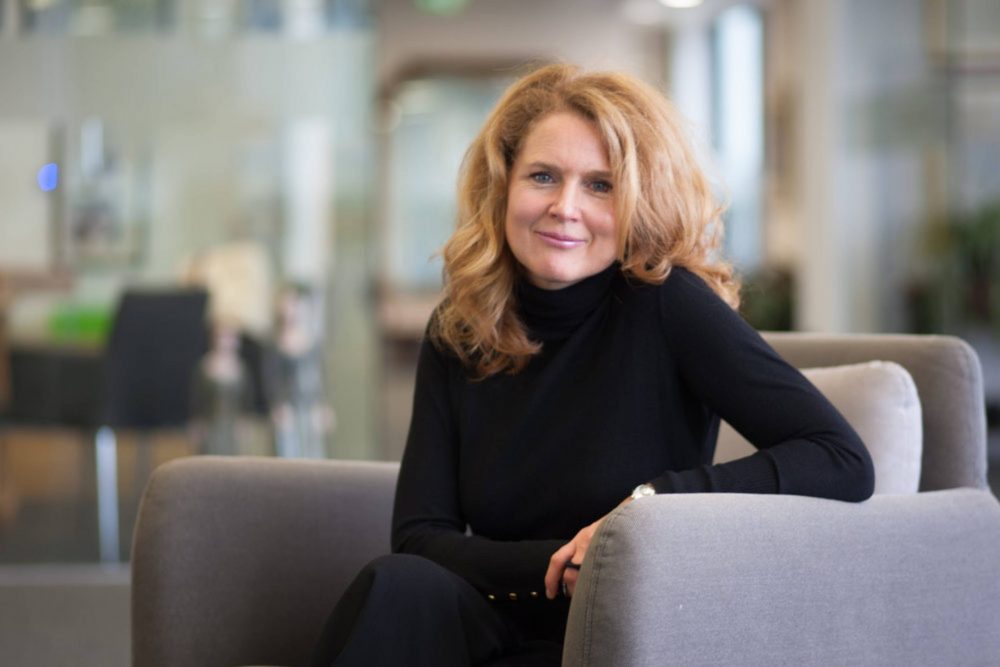 Georgina Calvert-Lee is Head of UK Practice and Senior Counsel at transatlantic law firm McAllister Olivarius. Her expertise lies in discrimination, harassment and sexual violence law in employment and elsewhere.

She has represented individuals with employment claims in many industries, with a particular focus on those working in the City.  Her clients’ roles span the work hierarchy, from entry level to the chief executive, and she has navigated successful outcomes in discrimination, equal pay, sexual harassment/assault, victimisation and whistle-blowing claims.  Not all cases involve bringing a claim of discrimination, but an understanding of its pervasiveness helps Georgina negotiate fairer terms of employment or exit for her clients.

Georgina’s work against online abuse has been punctuated by two high profile successes:  the payment of substantial damages to YouTube star, Chrissy Chambers, in the first (publicized) civil claim for intimate image abuse; and the settlement of a discrimination claim against Warwick University brought by the female students targeted in a Facebook chat.  More recently, she won a claim, funded by the Equality and Human Rights Commission, on behalf of a British Sikh couple denied the opportunity to adopt a white child, with far-reaching implications.

I grew up the youngest of three, with two older brothers, and understood from an early age the need for a voice.  Busy working parents don’t always notice inadvertent injustices around the kitchen table but children do, and if you are the youngest you put it right by using your voice.

The power of voice became more vivid when my father – an actor – lost his own, quite literally, through the rapid onset of multiple sclerosis.  He was unable to rail against the cruel irony of it or even make his everyday needs known because he couldn’t speak.

Choosing law as a career came naturally after this, because it gave me the privilege of giving other people back their voice.  Society rests on two types of law – criminal and civil.  The former maintains law and order; and the latter defines people’s rights and duties with respect to each other.  I specialise in civil law, with its focus on individuals’ rights and liberties, and making an injured party whole again.

Having started out as a barrister in London, I spent some time in Chicago and New York working for a large law firm until I moved to my current home, McAllister Olivarius, in 2007.  I head the UK employment and equality practice at McO and specialise in speaking out for individuals who face injustice or helping organisations tackle it.  The injustice may be discrimination or harassment, bullying or violence, whistle-blowing or breach of privacy.  It often feels like we are playing the role of David in our clients’ battle against Goliath.  And this suits me fine – it takes me back to that kitchen table.

It takes blind faith and ruthlessness to stick to a career plan: faith that the end point is where you really want to be; and ruthlessness to ignore all the possibilities which open up along the way.  I am far too distracted by today and new ideas to plan far ahead.

I am a woman, starting out a career in law in the 1990s, who had three children along the way.  Of course, I have faced challenges!  I have faced virtually every type of challenge that I now see in the clients I represent.  I have been discriminated against and seen discrimination against others; I have been harassed, assaulted and bullied.  It still amazes me, though, to see the different ways people find to be cruel or unfair to each other.

Winning my last client’s case always seems like the biggest achievement.  Speaking to them afterwards, hearing their relief and sense of vindication, is the biggest reward.

But over time, some cases stand out for me: Emma Chapman’s brave stand against UCL in early 2017, heralding #MeToo, in which she stood firm against signing an NDA and yet still managed to win a good settlement in her discrimination claim, prompting UCL to discard NDAs from future harassment settlements; Reena and Sandeep Mander’s claim for adoption discrimination, which won resoundingly at trial, and prevented adoption agencies from following an apparently widespread practice of pre-screening prospective adoptive parents by race before allowing them even to apply to join their lists; and the two cases which define the growing phenomenon of online abuse, Chrissy Chambers’ success in her claim against an ex-boyfriend for posting intimate sexual images of her without consent; and the case of the female students who found themselves the subject of violent or demeaning sexual fantasies in a male students’ Facebook chat, who then sued the University of Warwick for the discriminatory way it handled their complaints.  Remembering these past outcomes, especially when the going gets tough on the latest case, spurs me on.

My team – those I work with, those I live with and those who give advice and support.  You need a community to make a change, and it sure makes it more fun.

I love it.  I have been guided and helped along my way by many generous and wise colleagues and friends, and I have tried to reciprocate by offering guidance to others.  This type of everyday mentoring is the stuff of life.  It’s essential.

Workplace culture.  Through my day to day employment work I see all sorts of degrading and dehumanising treatment, usually targeted at women and minorities and which has only got worse during Covid.  I see casual but consistent bullying which drives people to the edge; thwarted ambition and wasted potential frittered away by short-sighted bias; unequal pay and opportunity; glass ceilings; white boards; revolving door careers.  As we emerge from the pandemic, I hope we can all participate in revolutionising the way women and minorities are treated.

We have excellent equality laws to achieve that change, but they would work even better if people were able to reach a judge more easily.  Currently, a discrimination claim is harder to fund than a claim brought after a car crash.  That difference seems illogical and, well, discriminatory because it disproportionately impacts those groups likely to have a discrimination claim – women and minorities.  A quick and easy solution is to allow discrimination claims to be funded in the same way as other personal injury claims.  If people could sue their employers for discrimination as easily as a crash victim can sue for damages, workplace culture would change for the better within five years.

No one knows as much as they pretend; just be brave and go for it.

My immediate challenge is to achieve my current clients’ goals.  Longer-term, though, I would like to see and contribute to that revolution in bringing about parity to women and minorities at work, in the public sphere and at home.  And to do this I will rely on what I know best – the law.  This can be the most powerful vehicle for bringing about change but only if it is used and if the system is set up to encourage and allow its use by everyone, regardless of wealth or any other characteristic.

You can watch her video below:

0Shares
Georgina Calvert-LeeInspirational WomanLawyerMcAllister Olivariuswomen in law
Previous Post3 rebellious women we can all learn fromNext PostWhere are all the female CEOs? 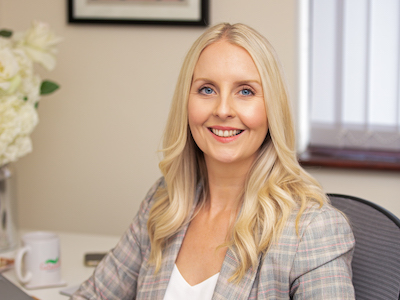