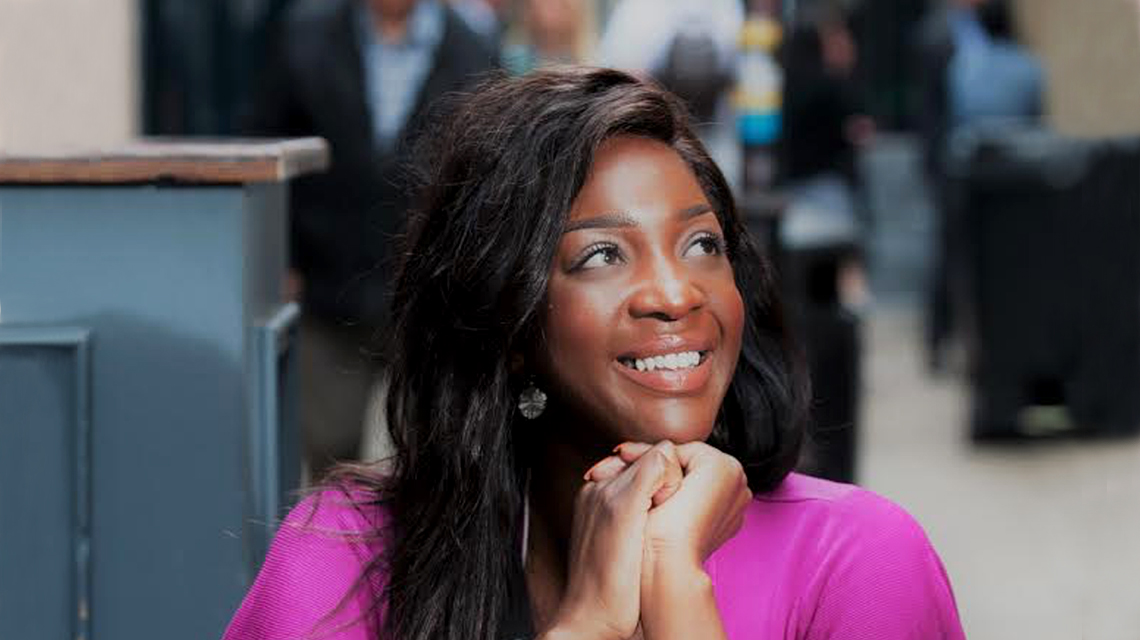 Nigerian born, Brighton and East London raised.
Mother of 3. Career in Advertising, Branding and Beauty over the last 15 years. Well travelled solo business women. I have been to Saudi Arabia, Pakistan and Kuwait alone to close deals. I now run my own agency MABE, which supports growing brands with business and brand development and I’ve just set up plsLONDON with my two daughters to offer a more inclusive affordable platform selling hair extensions and wigs.

Never, I’m a huge risk taker. I think the only thing I have even planned is moving home or having children. When it comes to my career I’m very much a learn on the Job kind of person. I think the famous statement is ‘jump off the cliff and find out how the parachute opens on the way down’!

Many. Having a child at the age of 17 was a huge challenge as one might imagine. There is also (dare I say it) the usual challenges with being a women in a male dominated world and, even further challenges being a strong voiced black women.

I think getting my kids to become confident individuals from an early age. It is really very important to me that they succeed early on in life and avoid the struggles I had with them. I’m big on education and personal development. I try to guide the in the best way I can and often involve them in work related projects. It can be tricky to be a hard working female executive and juggle three kids at the same time. I do not take being a mother for granted at all, if fact, a lot of my career inspiration comes from them.

People say it’s my persona. I’m very chatty and pretty much get on with anyone, no matter their background or cultural difference or beliefs which I feel has been a major factor to me being able to build trust and rapport for backing/selling an idea. I also think by not having any handouts and really having to fight to get my seat at the table has been a factor in my success. When you’re hungry, you’re prepared to really put in the extra effort to really push the boundaries. I’m very scrappy and determined person, this hasn’t failed me yet.

I’m all about sending the lift back down. I’m a HUGE believer in mentorship. I hope that I am a good mentor for my kids who are now aged 25, 17 and 12. I do have another person I mentor from time to time but, mentorship is my next big thing. I would love to be a voice for young mothers who feel all is lost because of teenage pregnancy. This really means a lot to me.

I feel is not only gender but, race too. I’d like to make interviews faceless.

Don’t be afraid to make mistakes and keep asking more questions. Early on in my career I often lacked confidence. I had a massive hung up about being a teenage mum and about being the only dark skinned black girl in my team, or group, even sometimes the whole company so, I would often hide myself away or make an effort to become more blended.

Female mentorship especially to the BAME community. This is how I would like to end my career. I feel I have a lot to give back to my community and it would be a dream to be in a position to be able to.