0
You have 0 items in your cart
Go To Shopping
Home > News > Gender News > Looking back at 2021: Our top news stories of the year 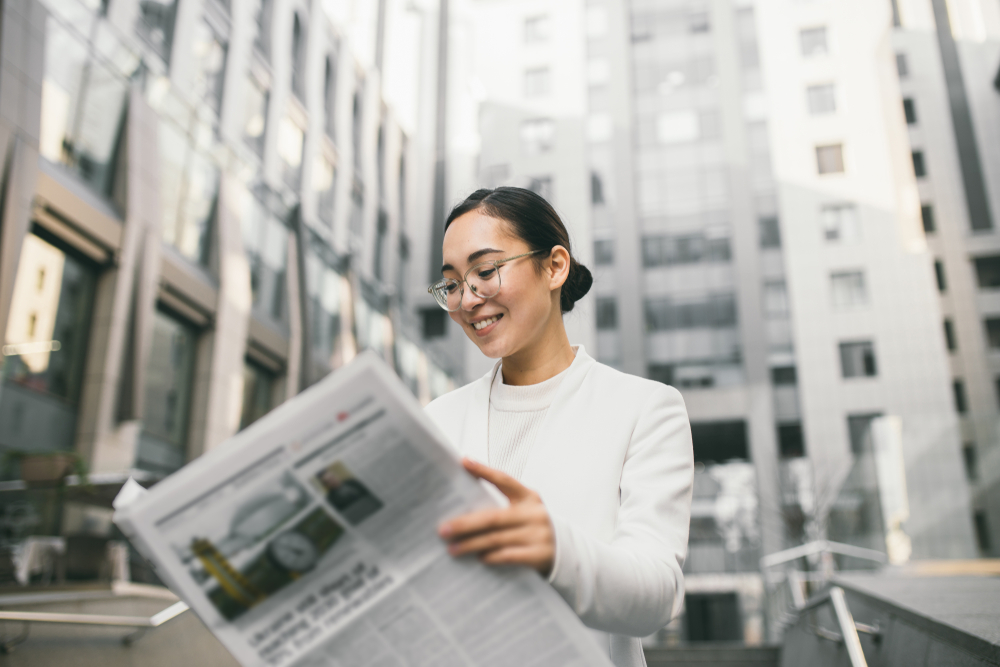 Continuing our series of looking back at the past year, we delve into some of our favourite and most important news stories of 2021.

While this year’s main focus was once again the COVID-19 pandemic, 2021 has still seen the launch of the Ethnicity Pay Gap campaign; the FA’s first ever Chairwoman; and women protesting to reclaim their streets.

We look forward to bringing you all the latest news, debates and thought-provoking articles in 2022! 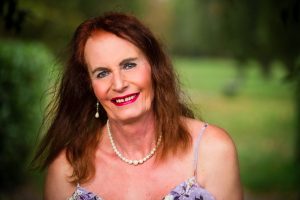 The year started with a bang, with the announcement of the New Year’s Honours List!

Rising Star alumni, Joanne Monck was awarded an OBE for Services to Transgender Equality. Joanne is a Stonewall Schools Role Model and National Diversity Mentor, who works voluntarily as a hate crime ambassador for Sussex Police. Joanne won a Rising Star in Diversity Award in 2020.

The Honours List also recognised Vivienne Artz, who won the Rising Star Editor’s Choice Award in 2019. Artz, Chief Privacy Officer, Refinitiv and President, Women in Banking and Finance received an OBE for services to Financial Services and to Gender Diversity.

We also saw the launch of Ethnicity Pay Gap Day on 8th January.

February saw the announcement that Gender Pay Gap reporting had been delayed for another six months.

Companies that failed to meet the 4 April deadline were given an extension of six months, up until 5 October 2021.

The news came just days after a campaign, led by the Fawcett Society, demanded reinstatement of gender pay gap reporting.

Responding to the suspension of gender pay gap reporting enforcement, the campaign called on the government to reinstate enforcement and require all larger employees to provide their gender pay gap data to ensure the pandemic does not turn back the clock on women and work.

On a more positive note, it was revealed that the number of women on boards was up by 50 per cent in the last five years. 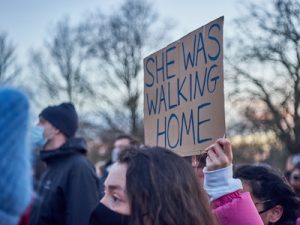 Candlelit vigils took place on doorsteps across the country in memory of Sarah, and all women affected by and lost to violence.

Shocking images and footage emerged of police clashing with those attending the vigil, with calls for Met Police Commissioner, Cressida Dick to resign over the incident.

Sarah was a 33-year-old marketing executive, originally from York. She vanished while walking from a friend’s house in Clapham to her home in Brixton. Wayne Couzen’s, a serving Met Police officer was arrested and charged with her murder, after kidnapping her under the guise of an arrest. Couzen’s has recently been sentenced to a whole-life prison term.

April saw more depressing statistics, with a new report revealing that COVID-19 has pushed gender parity back by another generation.

In May, it was revealed that two-thirds of UK professionals are worried about using the wrong language when discussing race in the workplace.

The research, released by INvolve in conjunction with Censuswide, found that, of the senior professionals polled, 65 per cent are nervous about using the wrong or inappropriate language when discussing race in the workplace.

Similarly, 56 per cent of respondents are uncomfortable using the terms ‘Black’, ‘Asian’, ‘BAME’, and ‘Ethnic minority’ in the workplace, with 44 per cent saying that they change their natural language choice when talking to someone of a different race 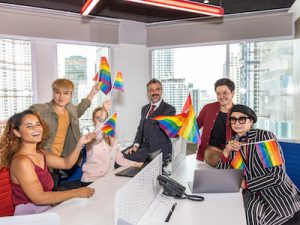 Positive news was revealed in June – with Belfast being announced as the most inclusive city for LGBTQ+ jobseekers in the UK.

Despite a complex political and religious backdrop, Belfast tops the charts as the most inclusive hiring UK city, with 18.5 per cent of job ads actively encouraging jobseekers of all sexual orientations to apply. Northern Ireland legalised same-sex marriage in January 2020 and the number of LGBTQ+ inclusive job ads has grown sharply over the last year to 540 from 193 a year ago, suggesting a positive push from local employers to improve inclusivity for the LGBTQ+ community.

Salesforce, Admiral and Hilton were all revealed to be amongst the Best Places to Work for Women, it was revealed in July.

Great Place to Work® UK unveiled its 2021 list of Best Workplaces™ for Women, with 114 organisations making the cut. The companies are from a range of industries including housing, financial services, tech and pharmaceuticals.

A-Level Results Day was once again a focus in August – with girls getting more top grades.

Top grades for A-Level results reached a record high in England, Wales and Northern Ireland, with 44.8 per cent getting A* or A grades. Girls got more top grades with 46.9 per cent receiving A* or A grades, compared to 42.1 per cent of boys.

The results follow a second year of teacher-assessed results, after exams were cancelled due to the COVID-19 pandemic.

We also saw tense scenes in Afghanistan as the government collapsed, following the seizure of power from the Taliban.

Many Afghans are now fearful of a return to harsh and brutal regime that the Taliban used during its previous rule from 1996 to 2001. During this time, stoning, whipping and hangings were often used as punishment; while women were not allowed to have an education or go to work.

At the time, the Taliban said they want to form an “inclusive, Islamic government” with other factions. However, many Afghans distrust the Taliban and fear that their rule will be violent and oppressive. They have pledged to enforce Islamic law, but have said they will provide a secure environment for the return of normal life after decades of war.

You can read our guide to gain a better understanding of the events in Afghanistan and how we can help protect the women and girls who live there. 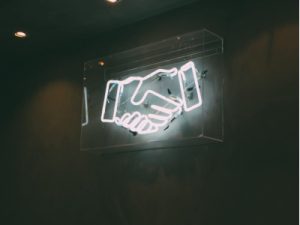 In September, we started to see signs of the so-called ‘Great Resignation’. It was reported that over half of working women would turn down a job that didn’t offer flexible working.

A year on from its first Future Of Work survey, Marie Claire UK has once again partnered with leading professional social media platform LinkedIn to produce a piece of ground breaking research on UK working women and the future of the workplace.

While there has been a slow return back to the office after many have spent the last 18 months working from home, the latest survey looks at flexible working. The research shows a resoundingly clear message that employers need to prioritise flexible working going forward.

52 per cent said they would turn down a job offer if the company didn’t offer the flexible working they required to maintain a work/life balance.

Another study also revealed that 37 per cent of UK working women were planning on or had already, changed their job due to COVID-19. The survey, conducted by Karren Brady’s Women in Business & Tech Expo, also found that over half of working women in the UK are looking for better work/life balance in their careers. In fact, 59 per cent of women surveyed stated that a good work/life balance was more important than salary. 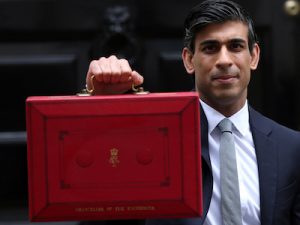 October saw Rishi Sunak presenting his Autumn Budget to the House of Commons.

The Autumn Budget came at a turbulent time for the UK economy. Brexit has introduced new rules and regulations and many companies are still coming to terms with new trading realities. The COVID-19 pandemic has also meant the UK has needed more financial support with furlough schemes and the boost to Universal Credit.

WeAreTheCity took a look at some of the Budget’s key points and how they might impact women.

The 18th November marked Equal Pay Day – which signifies the day in the year that women effectively stop earning, relative to men.

Each year the Fawcett Society marks Equal Pay Day – the day in the year when, based on data about average pay for those in full-time work, women overall stop being paid compared to men.

The Fawcett Society uses the Government’s Gender Pay Gap in the UK data set to calculate what day of the year Equal Pay Day falls on.

The UK’s full-time mean average gender pay gap this year is 11.9 per cent, an increase from 10.6 per cent last year. That means that Equal Pay Day has moved two days earlier in the year, compared to 20th November in 2020.

To highlight the day, Women on Boards UK launched their #AskForMore initiative, to help and inspire women with useful tools and tips for how to ask for a pay rise in a way that sets women up for success.

Keep up-to-date with our latest news

Previous PostInspirational Woman: Tobi Asare | Founder, My Bump PayNext PostHow to be more productive at work in the New Year 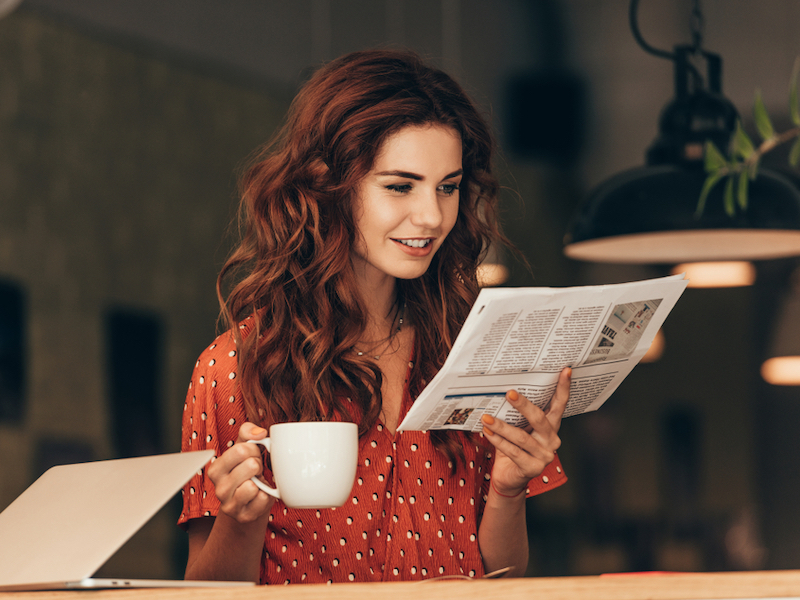 Looking back at 2022: Our top news stories of the year 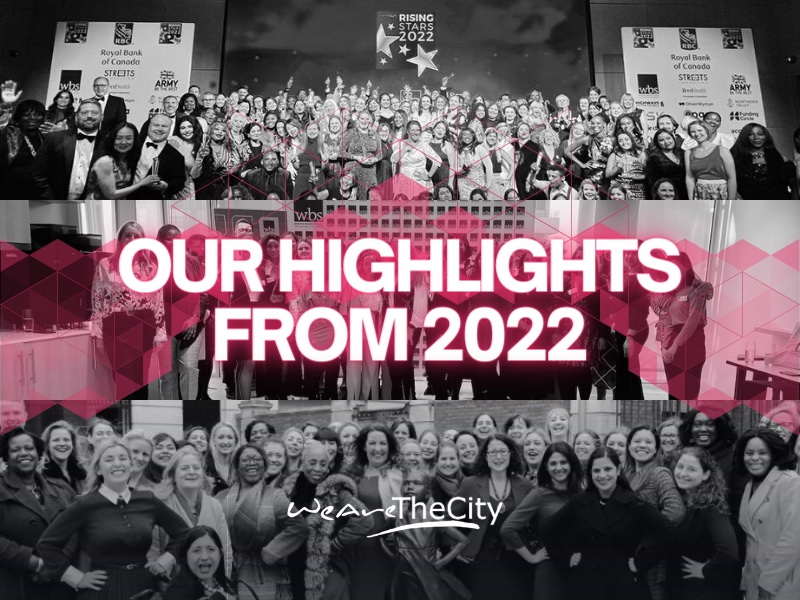 Looking back at 2022: A WeAreTheCity round-up