0
You have 0 items in your cart
Go To Shopping
Home > Resources > What impacts working women > Bullying is intolerable, but are bullies always bad?

In the first year, I was quite good, although my boss didn’t share that opinion.  In the second year, he may have had a point.

By the third year, he was right.  I was shit at my job.

The swearing and public dressing-downs, the interminable, caustic criticism, the brutal humiliations, had all taken their toll.  My self-worth had been blitzed.  The need to second-guess what he may want of me in order to avoid being shouted at, meant that my ability to make clear, assertive decisions had been lost.  In its place, all I could offer was a hesitant, nervous, foggy paralysis.  I was a pale imitation of the bright, imaginative, emotionally-intelligent man who entered the company a few years earlier.  I was shit at my job.

Anxiety entered other aspects of my life as if by osmosis.  My marriage suffered and then failed.  My health deteriorated both mentally and physically, through a stress-related auto-immune condition.  I fell out with friends and colleagues.  Life and work were rarely anything other than things to be joylessly tolerated.  A couple of other colleagues attracted the same onslaught, but that was little consolation.

Approaching HR with my complaints induced a sense of victimhood.  Victimhood that was loudly amplified upon being rebuffed by a defensive HR manager, who strongly implied that it was me who was at fault and that I needed to toughen-up.

The sense of threat was constant, for I was under attack.  With knowledge I didn’t at the time possess, my sympathetic stress response was constantly activated.  Adrenaline and cortisol perpetually flooded my system and, over time, exhausted me.  The fight or flight response was incrementally replaced by freeze.

The freeze response is the third, and most extreme of our stress responses.  In the animal kingdom, it is the last resort of creatures that have been caught by a predator; ‘play dead’ with the hope that the mauling may be abated.  Sometimes, when traumatised, we too can unconsciously act as if freeze is the only way to stay safe.

In recounting this time, and despite almost two decades having passed, I notice the feelings of shame, of inadequacy, of embarrassment, aren’t completely gone.  I notice a hesitation to share this story with people who know me now as confident, calm and successful.  They’ll see a part of me that I usually prefer to keep hidden.  I also notice a hesitation to share it with people who knew me then.  But that’s what bullying does.  It diminishes us all.

It’s also seductive, nearly two decades on, to join in with the zeitgeist that bullying must never be tolerated.  That ‘toxic’ managers and leaders should be excised from our organisations and that care and kindness and empathy for those who are bullied must win the day.

To a point, I agree with this narrative.  Bullying is unacceptable in any progressive organisation and must be tackled with clarity and unambiguous purpose.

However, I feel discomfort with the judgment and sentencing of bullies as ‘toxic’, as bad people who require no thought beyond being expelled.  I have never had a proper conversation with ‘my bully’ but he was promoted beyond his level by a new CEO who was impressed by his functional experience.  I suspect that, once in the role, his fear of failure, his imposter syndrome, his anxiety about his own inadequacy, triggered his fight response.

He got on marvellously with people he rated and who shared his approach.  I wasn’t one of those people.  My approach was the polar opposite of his.  He was detail-oriented, I was more abstract (and less thorough).  He had a command & control style, I was more collaborative (and less decisive).  He was certain, I was curious (and hence slower).

As a leader in an organisation, in a frenetically competitive industry, he was uninterested in diversity of thought and just needed people to do what he told them and to do it quickly. Members of his team who questioned his directives or from whom he didn’t gain immediate compliance, were exasperating.  We were a threat and thus we were, literally, infuriating.

The fury that I and other colleagues triggered when we didn’t do his bidding, manifested itself in constant aggression and that aggression created less and less possibility that I may deliver what he wanted.  From his perspective, I recognise that I was the problem, not him.

When things are out of kilter, we often behave in ways that get us more of what we don’t want.  That was true for both of us.

With the help of some wonderful people, I managed to get out from under and started to re-find myself.  A few years later I was leading a big department through a major change programme that was disrupting the way things had been done for years.  I remember feeling exasperated by a couple of direct reports who didn’t buy into the big picture vision that I was sharing.  In part, they were alienated by a lack of detail.  Did they feel bullied at times?  I honestly can’t say with certainty that they didn’t.  I hope I treated them with respect and care, but I was stressed and so were they and so I can’t know for sure.

Bullying is intolerable.  Bullies however are a more complex issue.  There are people who want to make others’ lives miserable for the sake of it, but, in my experience they are relatively rare.  Much more often, they are trying their best but are overwhelmed by a fear of failing.  When we attain seniority to which we’ve long aspired, deep, lifelong insecurities can be exposed by a sense of threat to self-image and reputation.  Sometimes, a compulsive response is to persecute others as a means of seeking desperately to grasp a feeling of power and agency and superiority.

Managing a team, leading an organisation, can be a lonely and stressful place.  Failing to be popular and respected, failure to command authority, failure to feel as though we’re creating followership, can all lead to an aggressive response from some.  That can quickly spiral into bullying.

Senior leaders and HR Depts must have zero tolerance for bullying.  But it’s too little, too late for this to be only a kneejerk response when accusations emerge.  In the wrong conditions, at the wrong time, many of us who have drive, determination and a strong point of view, allied to normal human insecurities, have the capacity to be experienced as a bully.

Organisations should nurture leaders to develop the self-awareness to spot the behavioural patterns that can serve them and others so badly.  They must recruit and promote leaders who are in relationship with their own insecurities and vulnerabilities, rather than those who suppress feelings by exerting injurious power over others.   They must reward leaders who can discern the difference between robust determination and the oppression of others.  This duty of care extends to both the leaders and their teams.

The most important and most difficult obligation is for those at the top of the organisation to recognise this pattern in themselves and seek support if they may be experienced as bullying.

When bullying does surface, it needs to be tackled with clarity and unambiguous purpose.  But a central part of that response is for senior leaders to reflect how a systemic lack of care and development led to that unsupported, self-unaware, insecure person being put in a position where they resorted to bullying. 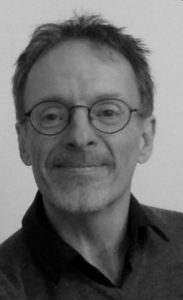 Roger Taylor is a coaching psychologist and Co-Founder of Famn. He works with senior leaders across a range of organisations in the financial services industry, and beyond. Roger believes his role is to assist his clients to develop awareness of their habitual patterns, developed in early life, that have brought them success but also have a shadow-side. Roger is active in the pursuit of gender equality through Famn’s group coaching programme for female executives. To get in touch with him or find out more about Famn visit www.famn.co.uk