0
You have 0 items in your cart
Go To Shopping
Home > Career Development > Careers for women > Changing our work lane: Are women letting each other in?

Did anybody really know what they wanted their first job to be, in 1993? Because I didn’t.

I couldn’t Google ‘the business of film distribution’, or ‘jobs in the media that aren’t Editor of Vogue.’ I was flying blind and, importantly, I was flying solo. I had no ‘network’ or industry connections, and no benevolent godfather who ran a production company with a first look deal with a major studio. At the age of 18, feeling emboldened by my three A grade A Levels, I declared to my family that I wanted to work in ‘the media’. My east-end Dad turned to me and said, not unkindly, ‘the problem is Lulu, it’s not what you know. It’s who you know.’

I use this phrase early in my new novel, “Milkshakes For The Almost Dead”, as two rich school bullies tell Diana, my top-of-the-class scholarship heroine, that it just won’t matter how clever she is, because she doesn’t know anybody, and ‘the world is still like that.’ But I would go one step further. It’s not just about who you know. It’s about who you are, if you who you are happens to be a woman (and I say this with the privilege of whiteness, and the awareness that being non-white is a whole other article of its own, not written by me). What I do know is that being a woman in the workplace, and one who might want to do something different to what she is currently doing, does not only come with the usual enemies. Like bosses, who want us not to screw with their functioning department. The biggest enemy? Ourselves. Who else? Other women. I say this as a flag-waving feminist, so bear with…

We’ve all heard of that infamous Hewlett Packard Report by now, the one that showed that men apply for a job when they meet 60 per cent of the criteria, but women only apply if they believe they meet 100 per centof the criteria. I was thinking about this as I listened to a great “The Squiggly Career” podcast, with Sarah King and Claire Dunn, the two women behind the fantastic “We Are Radikl” (a support network for Female Founders), as they talked about common factors that hold women entrepreneurs back. One is ‘perfectionitis’: believing that you must know absolutely everything before you start something, including the things you don’t know. Men just do not think like that. They don’t judge themselves like that. Crucially, we don’t judge men like that either. So why do women feel we have to be perfect? Why aren’t we as confident as men? Who is it really that makes us feel we aren’t good enough, and against what set of criteria? Who is most uncomfortable if we start to veer out of our lane?

Thinking about THAT reminded me of something that Michelle Obama said at a conference in 2017, as she was asked about the recent election of President Trump instead of Hilary Clinton. She said, ‘What does it mean for us women that we look at two candidates, and as women, many of us said, that guy, he’s better for me, his voice is true to me. Well to me that just says you don’t like your own voice. You like the thing you’re told to like.’

You like the thing you’re told to like. And herein lies the problem: we are constantly TOLD not to trust other women, whether it is in books, TV shows, the news, or at school or work. Not to like other women unless they follow the strict set of guidelines we have been given, as women, to adhere to. We are told to like thin, to like pretty, to like women who follow the rules and stay in their lane. We don’t like women who are ‘pushy’, or aggressive. We don’t like women who are fat. We don’t like women who try and sell to us. We definitely don’t like women who WANT, whatever that want may be. Because as girls we are taught to be passive, to accept what we are given with a lovely smile, to not be too confrontational, to not challenge too much. We must be humble. If somebody says they like your top you tell them how old and cheap it is. If somebody says your hair looks nice you say you haven’t brushed it for a month! Whatever happens, don’t be too confident, because other women won’t like it. Men will call you a ballbuster, but women? (Too many) women will call you a bitch. And if they don’t say it, they’ll whisper it, and if they don’t whisper it, they’ll think it.

This resonates with me more now than ever as a 45-year-old working mother, trying to pivot into something new. Wanting to change career, to align your job with your values, to just admit without shame that you WANT something. Whether that is to write a new book at the age of 45, or find investment for your tech start-up, or re-training as a PE Teacher. Because to admit that you WANT is to truly put yourself out there as a woman. Nothing fundamental will really change until we face our distrust of women who want something different. These rules we judge other women by are not ours, we did not make them, and we CAN throw them out if we choose. We have to build up each other’s confidence instead of chipping away at each other. We have to challenge those whispering, hateful voices in our head that say: don’t trust her. We must let other women in our lane. The ride will be so much better for it. 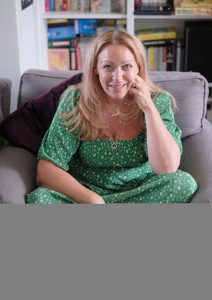 Lulu Wood is the author of new women’s novel Milkshakes for the Almost Dead, which has been trending on Amazon’s Hot New Releases. This is her fifth novel.

Her stories and essays have appeared in You Magazine, The Telegraph, Company, Glamour and Cosmopolitan, among others.

Lulu Wood is also a cultural commentator, a focused feminist, and a brilliant wife and mother. 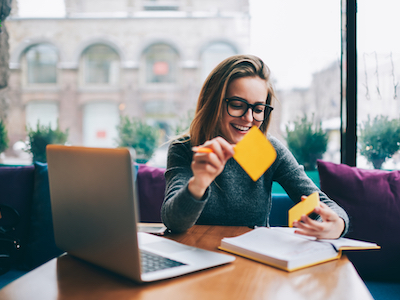 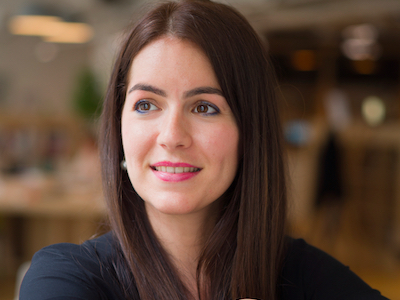 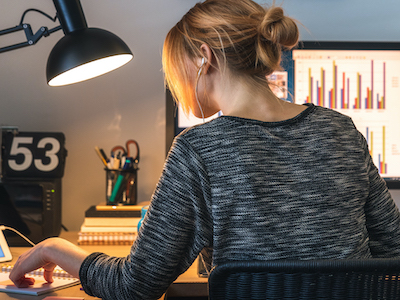