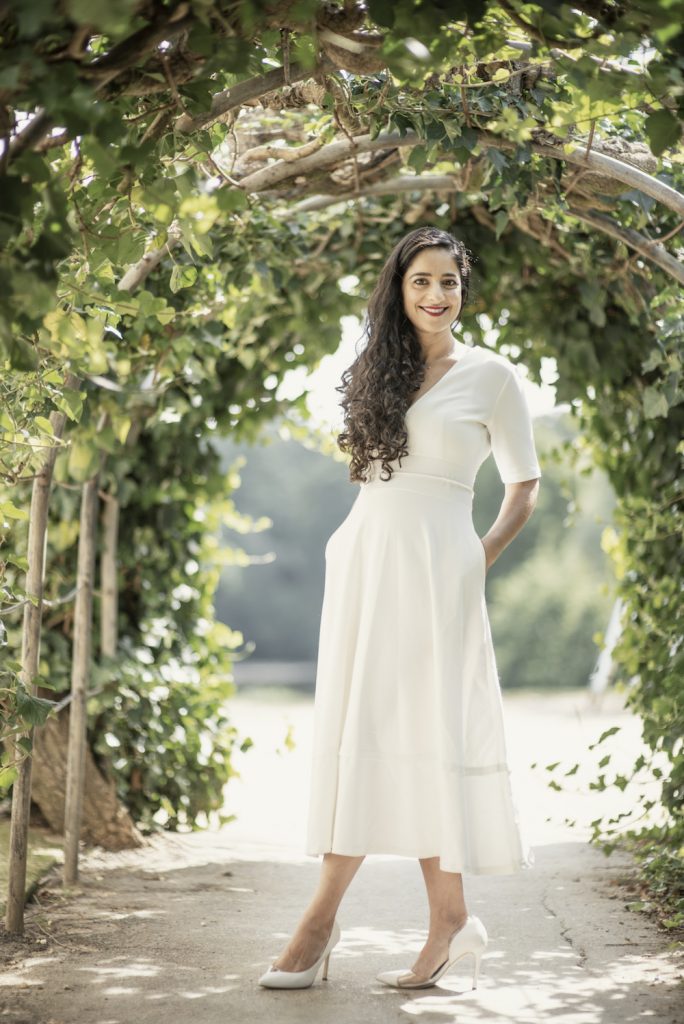 Dr Mandeep Kaur Rai Dhillon is the author of The Values Compass: What 101 Countries Teach Us About Purpose, Life and Leadership.

Mandeep is a global authority on values, working with companies, institutions, and individuals around the world. She has travelled to more than 150 countries and reported as a journalist for the BBC World Service and Reuters, amongst others.

She began her career in private banking at JPMorgan, and later worked for the United Nations, the European Commission, and grassroots NGOs before setting up the UAE’s first media venture capital fund.

Mandeep studied philosophy, politics, and economics (PPE), has an MSc in International Development from the London School of Economics, and completed an MBA at London Business School, with a year at Harvard Business School and MIT. She also holds a PhD in global values.

My children are fourth generation British, and their mother tongue is Punjabi.  That alone says a lot about me.  Values, heritage and the future mean a lot to me, and I am here to point in the arrow in the direction we want.  I grew up in completely white village in Gloucestershire, and always had to defend my difference. Perhaps this is why I spent my life thereafter uncovering diversity, equality and inclusion.  After attending Gloucester Grammar school I went on to get a place at the University of Oxford, MSc from London School of Economics, an MBA from MIT, London and Harvard Business School, and a PhD.  Bringing together my career in Investment Banking and Venture Capital, Broadcast Journalism, UN, EU, NGOs and now as a NED – I sat down to write The Values Compass.  I now have spent time in over 175 countries around the world, and know we are more united than divided.

Never.  It is not an obvious or planned career, however, as I became clearer about my own values, purpose and contribution, the next step would organically evolve.  If someone had asked me to predict this path or even plan this path, it would have been close to impossible, but by focusing on my values, strengths and passions, miraculous moves occurred. Such as travelling the world reporting for the BBC World Service in my twenties… I did not know that was even possible when I initially graduated.

Many – and isn’t that life?

I have hinted earlier towards discrimination – bricks through the window and then bars on our windows after a brick was smashed into my mother’s head, in front of us.  Petrol bombs through the letter box, and parties in front of the house, with slogans on a board stating –

My grandparents were born in India and here due to the British Raj and the need to rebuild England after WWII but I guess that is beside the point This taught me tolerance, empathy and love.

I was diagnosed with an autoimmune disease in my late 20s called Kikichis – and this has taught me resilience, goal setting and the need for balance to optimise performance.

Motherhood whilst working at an incredibly demanding pace, and maintaining all of the other roles I juggle in life and a portfolio career is the biggest challenge.  It can feel like there are not enough hours in the day and you learn how to manage your emotions, self narration and NLP.

I know everyone thinks they have a book in them, and I always thought I would write mine when I retired.  To write it 4 decades early, and for it then to become a best seller in so many territories include my home turf of the United Kingdom, the formidable market of The United States and this weekend I am being invited to Hungary where it has also smashed that best seller ceiling, amongst other territories has truly been the most awe inspiring journey.   I did not expect the awards, the titles or the recognition – and to be honest, it was all the worst parts of giving birth… at least no one will say your baby is ugly (least not to your face) but when you create something everlasting like this for the world, and the virtual world can say anything with complete anonymity – it required jumping over many fears, and it is the most rewarding to share with others how to do the same through my workshops and coaching.

We owned convenience stores – which meant everything was convenient.  Nothing could trouble you too much when you are there to serve and be convenient to others, and this value of service is a very strong tenant from my Sikh faith also.

We were also taught a strong work ethic.  I was responsible for the shop paper round by age 7 and would cycle around my neighbourhood before school and after school delivering the local newspaper called ‘Citizen’, and their newsroom became my first school internship or work experience placement aged 14.  I helped my parents and often ‘ran’ the store from age 11 and it not only improved my math, but also taught me vital people skills and multi-tasking.  By age 12 I had my own little business – I would offer manicures and pedicures to the Old People’s Home we lived next door to, and I really learned the art of listening, and each of my clients were like a beloved set of grandparents who had so much wisdom.  I began to realise I was often their only visitor – and so this business soon became a precious life line for us all.

Most important was knowing we were different, but framed another way we are unique.  I did not compare my experiences and upbringing to anyone else.  I couldn’t – it was very different, and that released me from a lot of plagues – Focus on being or giving or helping just 1% more each day, and your one wild and precious life will be well lived.

I believe mentoring is vital – I have had many, especially whilst in formal career, less so now that my work is so varied – but it is for this reason that I focus on being a mentor and giving back. Coaching / sharing / supporting / encouraging are all key to another’s transformation.

Going one step further, I believe in being a sponsor.  It is one thing to coach someone from the side-lines but quite another to vouch for someone, open doors for another, and put them forward.  Taking those younger than you, especially young women, off the sticky floor and breaking the glass ceiling with them – that is a real satisfaction of mine.

It’s all paying it forward at every and any opportunity – it is way truly will make the difference to this world, and in this world, like a virtuous cycle upwards.

To never allow a woman to be paid less than a man for the same role, job or function – ever again, hence forth. Period/ Full stop.

I aim to be like all those I respect and admire – from Nitin Nohira of Harvard Business School, to The Dalai Lama and everyone in between – they are all about giving to others.

Alison is the Digital Content Editor for WeAreTheCity. She has a BA Honours degree in Journalism and History from the University of Portsmouth. She has previously worked in the marketing sector and in a copywriting role. Alison’s other passions and hobbies include writing, blogging and travelling.
Previous PostOne week until nominations open – who will you nominate? | WeAreTheCity’s 2022 Rising Star AwardsNext PostStarting anew in 2022