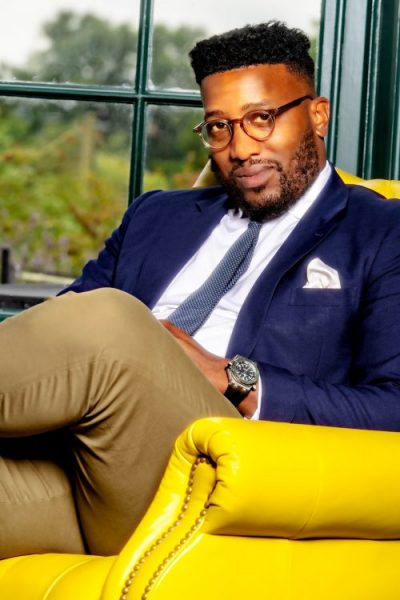 Michael Barrington-Hibbert is Managing Partner of Barrington Hibbert Associates and co-founder of the 10,000 Black Interns initiative.

He is a diversity champion and works closely with FTSE 100 companies and leading Investment Banks to advise them on how to increase the number of BAME professionals within senior management positions.

My name is Michael Barrington-Hibbert, and I’m the Founder and Managing Partner at Barrington Hibbert Associates – the Executive Search, leadership development and diversity advisory firm. I started my career with Morgan Stanley on Wall Street; love brought me back to the UK in 2005 and a set of circumstances resulted in me taking a stop gap job in the headhunting sector and 15 years later I’m still here! I founded Barrington Hibbert Associates ten years ago. My current role has pivoted over the last few years and is now predominately focussed on diversity and inclusion. This includes advising top tier Banks and other FTSE 100 companies on how they can increase diversity, especially amongst their senior management teams.

Ha! No not in any way, it’s been a culmination of circumstance, luck and seizing opportunities as they arise. I actually started off pursuing a career in professional football, which I think was due to only having visible examples of black success within sports and entertainment, so my role models were people like John Barnes, Michael Jackson and Eddie Murphy. I can’t sing or act, and could just about kick a ball so I figured football was the way to go. So football became my career goal. I played professionally until 20, when I was released. I had the option to go into the lower league teams, but I made a mental calculation that a career that depreciates with age wasn’t a smart move, particularly when I didn’t particularly have a passion for the sport.

I’d watched movies like Trading Places and Wall Street and became fascinated by finance, I had no idea what a stock broker was and wanted to find out more! I had the opportunity of going to the U.S. to study and chose to focus my field of study on economics and finance. I didn’t necessarily know what specific role I wanted to do, just that I wanted to work in an investment bank.

When love brought me back to the U.K. I didn’t have an established professional network here and struggled to get my foot in the door in Investment Banks over here and so when an opportunity arose at an pre-eminent executive search firm, Odgers Berndtson, I figured I’d do it as a stop gap until I’d built up a network here and could transition back into banking. 15 years later I’m still in the industry.

Definitely! For example, I’ve spoken to black friends here and in the U.S. who have ‘African sounding’ names who have told me that they can send off 50 CVs just to get one response back. This isn’t just anecdotal, Harvard University and other academics have actually studied this phenomenon. I have a very Anglo sounding name and this resulted in a toe curling moment when I applied for a role at an institution that is a household name but will remain nameless. Their recruitment process included a numeracy test, which I passed and then a telephone interview, which I passed. When I turned up to the in-person interview the person interviewing did a double take and then went bright red. The interview was over in 15 minutes and needless to say I didn’t get the job. I later found out that a less qualified former-classmate had got it.

I think another significant challenge I have faced was when I left the safety and cache of working at one of the most respected head hunting Firms in space to start up on my own. When I approached former clients, they flat out said they couldn’t give me work for the most senior roles, despite knowing that I had been one of the highest performing partners and them knowing form personal experience I could deliver. This made me understand the value of a brand and I’ve kept that front and centre whilst I built the business from the bottom up.

My biggest achievement to date has been establishing a scholarship foundation to assist inner city and / or kids from socio-economically disadvantaged backgrounds to continue their education. I wanted to do this because I was offered a place at Yale and wasn’t able to take this up simply because I couldn’t’ afford to do so. I want to help young people achieve their potential. I also recently co-founded the 10,000 Black Interns initiative which is designed to help transform the horizons and prospects of young Black people in the United Kingdom by offering paid work experience across a wide range of sectors, providing training and development opportunities and creating a sustainable cycle of mentorship and sponsorship for the Black community.

I’m hugely passionate about it. In fact I think I think I owe much to what ive achieved to the benevolence and generosity of people who have chosen to give me their time and expertise. During my time in the U.S. when I was studying I worked as a coach in summer camps. In between the camps there would be weeks when I was effectively homeless and a local family took me in. I remember calling home and talking to my Mum who shared my mild suspicion of why this family were being so nice ha ha! Roman, took the time to mentor me and stuck with me through various indiscretions and high jinks and when I once asked him how I could ever pay him back he told me he wanted to pay it forward. He said “when the time is right for you to pay it back, I want you to help reach 10 – 20 kids, that’s how you can repay me.”

I’ve been very fortunate in my career to have people around me who I can learn and develop from, even now. In fact I was recently reverse mentored by a young 23 year old who came into the business and wowed me with their use of innovative technology. There is always so much to learn from people at all levels of the business if you are willing to humble yourself and listen.

I think it really needs to be driven from the top – if the most senior people in a business are passionate and more importantly vocal about diversity and inclusion, it will have a trickledown effect throughout an organisation.  I also think that there is still so much to do and that the only way to affect real change is by Government imposing targets and exerting pressure. For example they recently set targets around gender parity on boards and this has significantly improved statistics, I think the same needs to be done around ethnicity which will hold corporations to account. I also think unity is crucial, for example at this summer’s Black Lives Matters marches I was stuck by the number of allies who were there to support our cause, such as from the LGBTG+ community. This solidarity not only means a lot but also helps push the agenda forward. The same is true in advancing the cause of equality in business; women, BAME, LGBTQ+ and people with disabilities are all collectively helping  to push the agenda forward.

Aside from altruism, men actually have skin in the game, we may have daughters, wives, mothers who will all face obstacles to achieving their goals. I have two teenage daughters and I want them to enter a workplace where they won’t face casual sexism or be talked over in meetings or asked about their childbearing plans. I think for me, one of the most striking things that made me think about my male privilege was when I saw a Twitter thread where someone had posed the questions what would you do if men had a 9pm curfew. The responses were a revelation to me, things like “I would go running at night” and “I would walk with both ear buds in” and “I would leave my drink at the bar” – it really made me think.

I think I would address the fear of failure I had when I was young, as contrite as it may sound, I’d simply said “try hard” – you can surprise yourself by realising how robust a person you are when you face failure. I think if you learn to face failure you can learn so much from it. Oh blimey I sound like a Rudyard Kipling poem ha ha!

I think my biggest challenge at the moment is to make the 10,000 Black Interns initiative work and for it to create a sustainable and credible pipeline of talent into various industries. I want a significant number of those interns to go onto be the senior managers of tomorrow and they in turn can give back and take it to the next level. 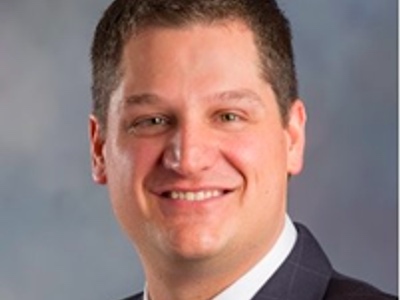