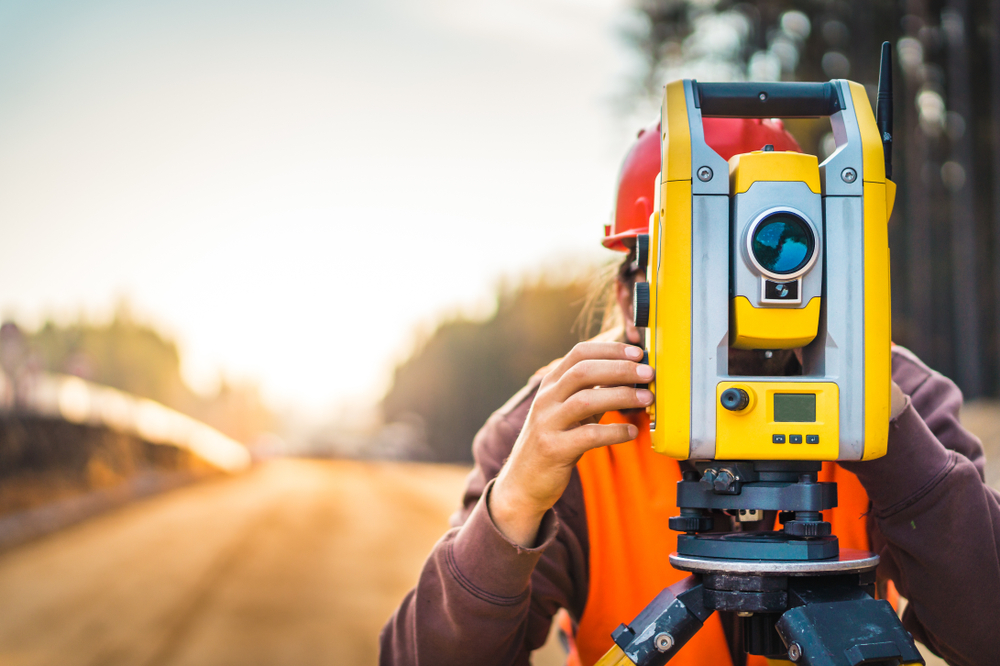 White, middle-aged men in high-vis jackets and muddy boots is what most people visualise when they think of a career in surveying, and most understand that there are property and land surveyors.

However, the world of surveying is vast and includes rescuing trapped miners, consulting on film sets, and measuring Mars – and is not limited to middle-aged men.

Yorkshire business woman Elaine Ball is now making it her mission to get more women and girls into the global world of surveying.

Harrogate-based Elaine said: “The average age of surveyors globally is 55 and there is a real shortage of new recruits coming through the ranks. This is particularly noticeable with women.

“As a geospatial marketeer, I have been trying to increase recruitment in the surveying industry for the past four years now.

“I have launched a campaign specifically designed for children called Get Kids into Survey, which is hopefully giving young people a better insight into the lesser known areas of surveying – such as drone operations, measuring landslides and volcanoes, or even looking into crime scene investigations.”

Elaine herself got into surveying through her father – a former mine surveyor, hydrographer and self-made entrepreneur.

Her favourite subject in school was always geography and she shared her dad’s passion for drawing.

Elaine made her first leap into the business world through her father’s company, and worked her way through the ranks to become Managing Director of the business by the age of 27.

It was in 2013 that Elaine decided to take the leap and start her own business – Elaine Ball Ltd – the world’s first marketing business dedicated to the geospatial industry.

Elaine said: “I have always had strong links with the geospatial industry through my family connections so it was unsurprising that I would end up where I am.

“However, had I not had those family links, then I wouldn’t have known anything about the industry and wouldn’t have thought twice about surveying.

“Anecdotally, when I asked women in the surveying industry how they found their careers, many got into it through their parents – like I did.

“One woman in the field said she saw a family member drawing ‘levee systems’ – used to manage flood water – on a white board in the aftermath of Hurricane Katrina.

“Another said she was encouraged by her family to continue with further education, but she didn’t want to have an office job, so she was given two options – either study landscaping or surveying.

“Some said they stumbled into it after studying geography degrees. However, there are very few who have knowledge of surveying or the career prospects it brings organically – it’s not suggested as a possibility on careers day!”

Elaine says there is also a lack of awareness of the industry due to its slowness in grasping the digital world.

She says they are “10 to 15 years behind” other industries in embracing digital marketing, which could impact significantly on the recruitment of younger generations.

“I am trying to create new ways to market the industry,” she added.

“One is through the GeoSquad comic book I have created, which explains to school aged children what surveying is and the chaos a world without surveyors would experience.

“There is a real shortage of surveyors and there will potentially be drastic consequences for the global oil & gas and construction industries if we don’t start seeing more surveyors coming into the field.”

What needs to be done next

In order to recruit more women in the field, Elaine hopes to encourage more awareness of the industry as a whole, in particular the different types of roles. There is a perception that the work involved is ‘dirty’, when that is a very small part of it.

Elaine feels that the various trade bodies also have a role to play in increasing awareness of the careers available and increasing the marketing around recruitment.

“It is cyclical – because the industry is perceived as male-dominated, that can put some women off, which in turn increases the proportion of men in the industry. We are seeing social media help as well, with female-led communities coming together to create a supportive environment. One great group is Women in Geospatial, a nonprofit born to promote gender-equality in the industry. We need to offer more support for these groups, and start earlier and earlier in our encouragement of recruitment to the industry.”

Elaine has identified that starting with education is also a key element of solving the recruitment problem. “There is so much about Geospatial that is already in the national curriculum – Egyptian pyramids, space exploration, Stonehenge, the finding of the Titanic, study of Volcanoes and finding lost cities – however Geospatial as an industry isn’t covered, and all of these curriculum items are ideal to mention it and build awareness from an early age. That’s why we launched the Get Kids into Survey campaign’.

As part of Get Kids into Survey, Elaine Ball Ltd has also created an online hub full of free resources, including lesson plans, for teachers to try and engage children with the career path. An Education Fund is also supporting ambassadors and school visits to try and spread the word, all with the long term goal to resolve the long-standing recruitment problem within the Geospatial industry. 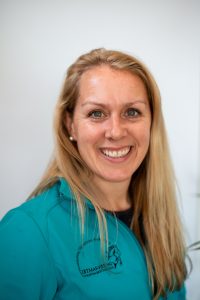 She is the world’s first in her field, and now Elaine Ball is making it her career to promote the profession of surveying to kids across the globe.

The Yorkshire businesswoman and Founder of Elaine Ball Ltd wasn’t always sure which path she would take after dabbling with an Equestrian career and working for oil companies. However, her true passion has always been, and still is, improving the standards of the geospatial industry.

In order to achieve this, Elaine Ball Ltd has recently launched an online course for the industry called The Geospatial Marketing Academy™ which is a self-study portal for Survey companies and Equipment manufacturers to learn the ropes and see what actually works in the industry through access to Elaine’s real life case studies.