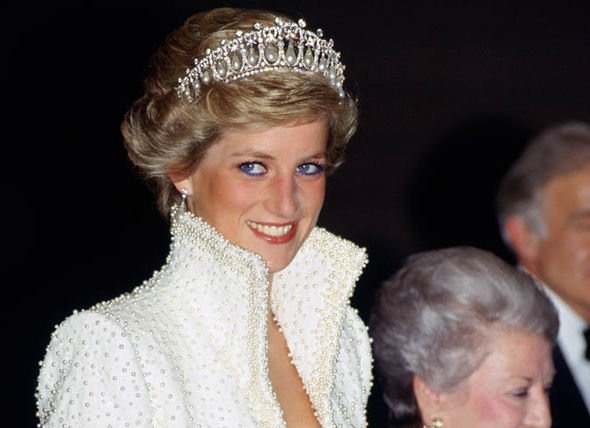 Diana, Princess of Wales, was a member of the Royal family, as the first wife of Charles, Prince of Wales.

Born Diana Spencer, into a noble family with royal ancestry, she was pushed into the public eye when she announced her engagement to Charles in 1981.

Their wedding took place at St Paul’s Cathedral on 29 July 1981. The wedding was televised to over 750 million people around the world. Diana and Charles went on to have two sons, Princes William and Harry.

Throughout her life, Diana was heavily involved in charity work and humanitarianism. She was known for her support for the International Campaign to Ban Landmines and her work with Great Ormond Street Hospital.

Diana is also credited, in part, to changing people’s attitudes when it came diseases such as HIV/AIDS and leprosy.

She began working with AIDS charities in the 80s and was the first British royal to contact AIDS patients. She often held the hands of AIDS patients and famously hugged one patient, helping to de-stigmatize the condition. She also went on to open and become patron of a number of AIDS charities.

She also showed a similar attitude to those suffering from leprosy. Following a visit to Indonesia, Diana became patron of the Leprosy Mission, visiting several of its hospitals around the world. She famously touched those affected, while many believed that casual contact would cause them to contract the disease.

As a nation, Britain held Diana dear and although she wasn’t officially a princess, the-then Prime Minister, Tony Blair, dubbed her the “people’s princess.”

After her death, people left thousands of flowers, candles, cards and personal messages outside Kensington Palace for many months. Her friend, Elton John famously rewrote the words to ‘Candle in the Wind’ and performed the version at her funeral. It was later released, with all proceeds going to charity.

Despite her death, Diana’s legacy lives on, particularly within her children. Both Princes continue to do charity work and in 2007, Princes William and Harry organised the Concert for Diana at Wembley Stadium, to honour their mother’s 46th birthday.

Below, WeAreTheCity take a look back at some of Diana’s most inspirational quotes.

“Carry out a random act of kindness, with no expectation of reward, safe in the knowledge that one day someone might do the same for you.”

“I don’t go by the rule book…I lead from the heart, not the head.”

“Being a princess isn’t all it’s cracked up to be.”

“Only do what your heart tells you.”

“They say it is better to be poor and happy than rich and miserable, but how about a compromise like moderately rich and just moody.”

“HIV does not make people dangerous to know, so you can shake their hands and give them a hug: Heaven knows they need it.”

“If men had to have babies, they would only ever have one each.”

“It’s vital that the monarchy keeps in touch with the people. It’s what I try and do.

“I wear my heart on my sleeve.”

“Everyone needs to be valued. Everyone has the potential to give something back.”

“Life is just a journey.”

“The greatest problem in the world today is intolerance. Everyone is so intolerant of each other.”

“Family is the most important thing in the world.”

“When you are happy you can forgive a great deal.”

“People think that at the end of the day a man is the only answer. Actually, a fulfilling job is better for me.”

Alison is the Digital Content Editor for WeAreTheCity. She has a BA Honours degree in Journalism and History from the University of Portsmouth. She has previously worked in the marketing sector and in a copywriting role. Alison’s other passions and hobbies include writing, blogging and travelling.
Previous PostHow to stay connected with dispersed teams during challenging timesNext PostInspirational Woman: Suzy Ashworth | Author, International Keynote Speaker & Quantum Transformation and Embodiment Coach